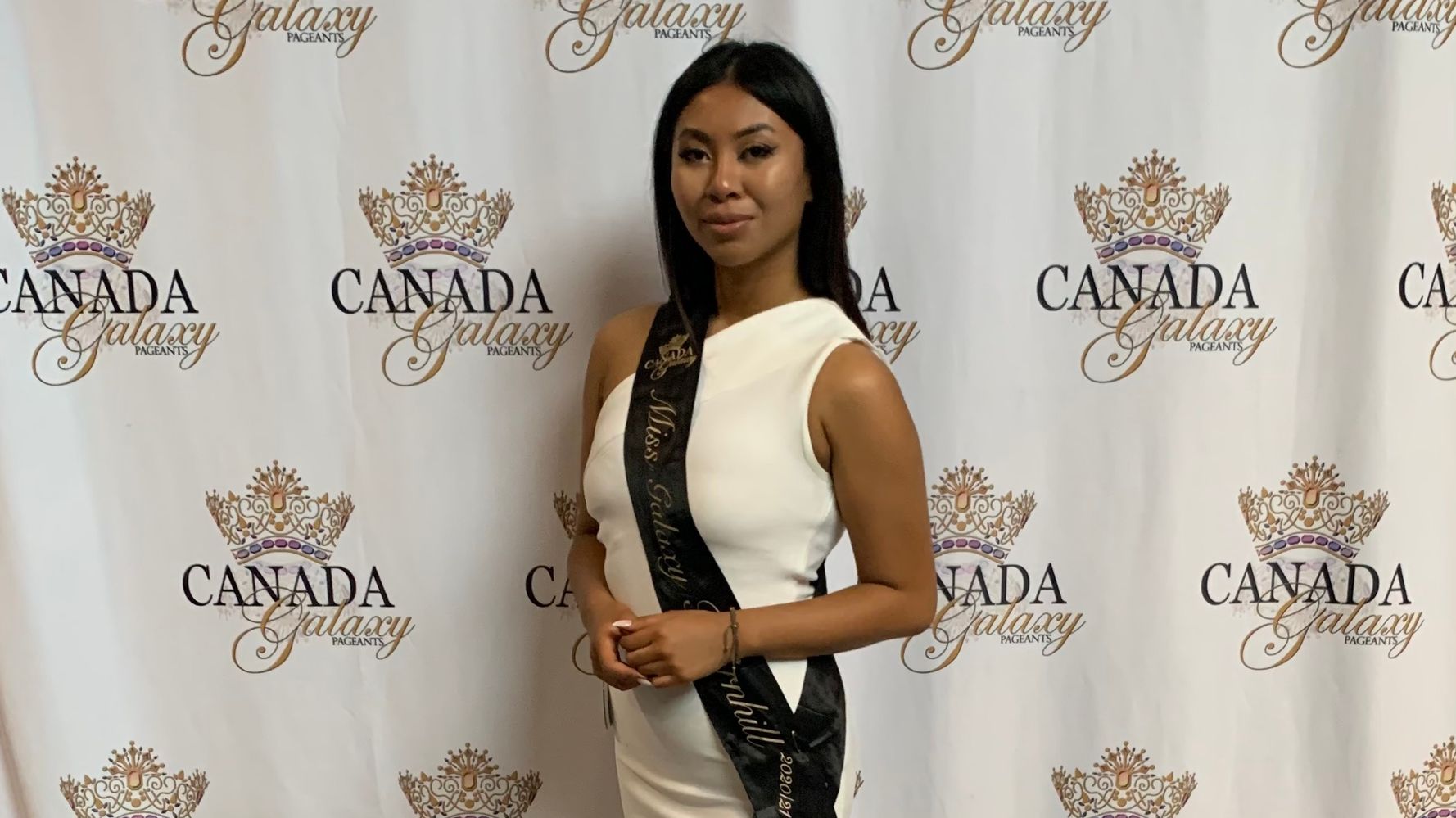 I was 6 years old when I had my first glimpse into the world of pageantry. My parents let me stay up a little past my bedtime to watch the Miss Universe 2006 pageant on TV.

I was glued to the screen, in awe of all the beautiful women who grace the international stage with such poise. They carried with them an innate sense of confidence that radiated with every step.

Growing up in the mid-2000s, there was a lack of Asian representation in mainstream media and the little representation we had played on harmful stereotypes and excluded South and Southeast Asian voices.

Despite growing up in a diverse city like Toronto, I didn’t see myself as beautiful because I couldn’t find myself on a magazine cover, a TV show, or an ad.

Watching Miss Universe shifted my idea of beauty. Little did I know, those extra two hours past my bedtime would change the trajectory of my young womanhood.

I entered my first national pageant back in 2019, competing for the title of Miss Galaxy Canada.

When delving into the world of pageantry, all aspects of your identity and character are on display. As a result, my “Asian-ness” became a part of myself I learned to fully embrace. I learned to love my unique features such as my golden, tan skin and broad, rounded nose.

Upon preparing for my pageant, I met fellow competitors and girls in the Canadian pageantry scene who were also of Filipino descent. We had conversations on navigating our identity, breaking standards of beauty within the Asian community, and how pageantry helped us explore parts of ourselves that we didn’t know existed.

Pageantry is an outlet for our voices to be heard, and to make space in a world that perceives us to be silent and small.

In a time of unrest and uncertainty, when Asian women are being harassed, assaulted and killed, pageants give us a platform to speak out against racially motivated attacks and challenge racial biases.

Having these important conversations with other beauty queens and familiarizing myself with Toronto’s Asian community has taught me that being born Filipino is an honor. I am proud to be part of a rich culture that has stayed resilient in the face of colonialism and violence, coming out victorious and establishing ourselves in various industries, including pageantry.

For a country like the Philippines, pageantry has been a means of establishing our presence on the world stage and expressing pride in our rich cultural heritage. We currently boast four Miss Universe crowns.

Although I didn’t place in my first pageant, I came out with a ton of fun memories, an increased level of confidence, and an active group chat filled with friends I made during my weekend. A close friend of mine ended up winning the pageant and is doing amazing things with her title, volunteering with the Starkey Hearing Foundation.

Months later, I signed up to compete for the title of Miss Canada United World and am currently training for the pageant in June.

I have continued to use my title to advocate for mental health, using my personal experiences dealing with mental illness to break the stigma in the Asian community. I’ve gone on to pen an op-ed for CBC, co-host a podcast about navigating Asian identity, and volunteer my time with amazing organizations such as The BeaYOUtiful Foundation, which provides self-esteem and confidence workshops for young girls ages 8-14 across Canada, and the International Bipolar Foundation, writing blogs and sharing resources.

For critics who say that pageantry is demeaning to women, I’d say that those competing in pageants want to enact change and be heard. We are bold, confident and passionate about advancing women’s role in society. At the same time, we need those critics in our pageant systems to deconstruct and challenge ideas of beauty and gender.

I share my story as a testament to the impact that Asian representation has on young women and girls. Just as I was once a 6-year-old who fell in love with pageantry, I hope to spark the same hope and inspiration in another little girl’s eyes.