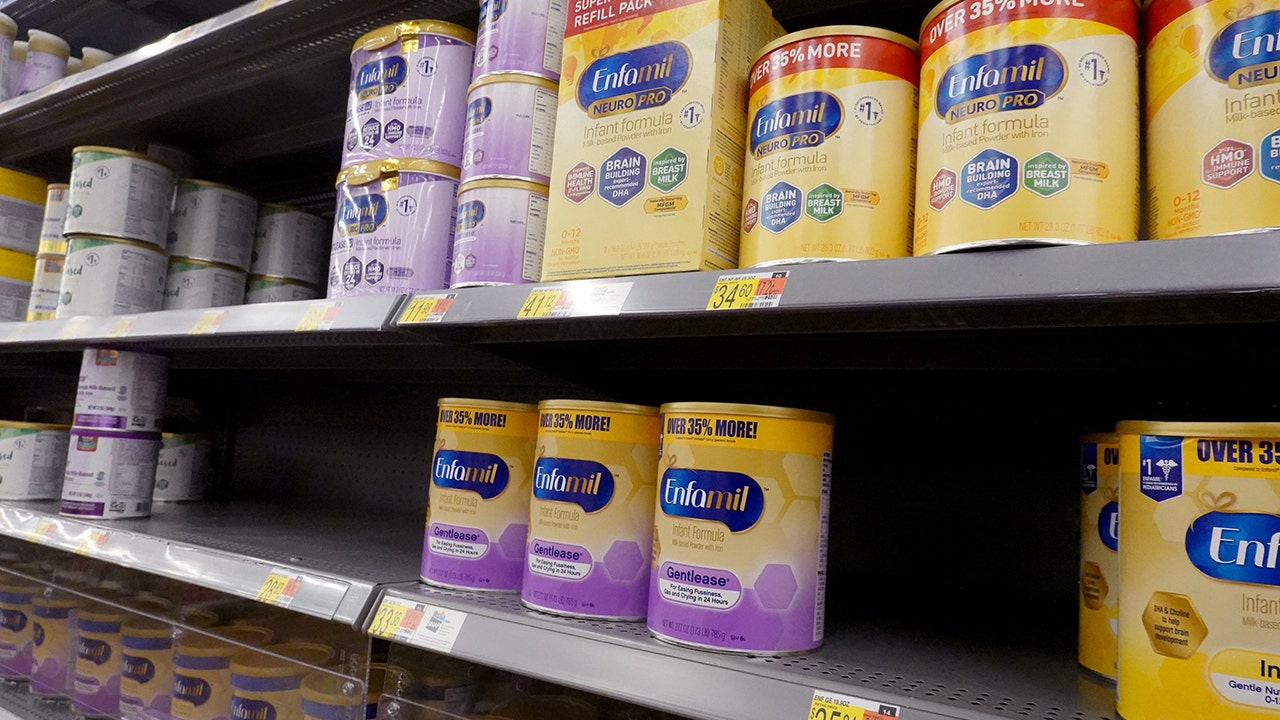 EXCLUSIVE: More than 100 House Republicans are calling on the Biden Administration and the Food and Drug Administration (FDA) to immediately address the ongoing baby formula shortage that has left parents scrambling to feed their infants.

Republicans on the House Energy and Commerce Committee led a letter with 106 GOP lawmakers to the White House and the FDA commissioner Robert M. Califf Wednesday seeking data on the nationwide shortages and demanding answers as to what the Administration is doing to address the empty store shelves.

“This issue is a matter of life and death, and it is time this administration treats it with the appropriate urgency it deserves,” the lawmakers wrote in a letter obtained first by Fox News Digital.

BABY FORMULA SHORTAGE SENDS TENNESSEE MOM OF 8-MONTH-OLD INTO A ‘PANIC’: ‘I BROKE DOWN’

Parents across the nation have been panicked and desperate as supply disruptions and a massive safety recall by manufacturer Abbott have created widespread shortages. For the first week of May, the nationwide out-of-stock percentage for baby formula rose to 43%, according to Datasembly, which tracks product data for retailers. That’s up from 30% at the start of April.

“This issue has been compounded by supply chain challenges, product recalls and historic inflation,” CEO of Datasembly Ben Reich said in a statement to Fox News Digital. “The category started to see stocking challenges beginning in July 2021, and the situation has continued to worsen into 2022.”

Abbott in February recalled powdered formula sold under the labels Similac, Alimentum and EleCare after four infants were sick with bacterial infections, including two who died. Abbott closed its plant in Sturgis, Mich., that produced the formula.

Both the White House and the FDA said they are working to address the shortages.

“Ensuring that infant formula is safe and available for families across the country is a top priority to the White House and this administration,” Karine Jean-Pierre, the White House principal deputy press secretary, said Wednesday.

She said April sales of formula were up about 10 percent from March and consumers should be able to find general powdered infant formula in stores as the FDA is working with the industry to maximize production capabilities and supply lines here and abroad.

“This is an urgent issue that the FDA, as you all know, and the White House is working 24/7 to address,” Jean-Pierre told reporters.

The FDA issued an update on Tuesday on its plan to address the baby formula shortages. In a statement to Fox News Digital, the agency said it is “using all available tools” to ensure access to safe products. The agency said it is closely working with Abbott to resume the safe resumption of production at the Sturgis facility.

PARENTS ‘PANICKING’ TO FIND BABY FORMULA SOUND ALARM ON NATIONWIDE SHORTAGE: ‘NOTHING ON THE SHELVES’

“Our first and foremost priority is ensuring that any recalled product remains off the market and we are working with the U.S. Department of Agriculture and manufacturers to ensure that parents have access to alternative, safe infant formula,” the FDA said in a statement to Fox News Digital on Tuesday. “We will and must continue focusing on taking all steps possible to protect the health of those who rely on safe powdered infant formula.”

Democrats on the House Energy and Commerce Committee announced Wednesday they would convene a hearing on the baby formula shortages on May 25.

Committee Chairman Frank Pallone, D-N.J., said he commends the Biden Administration and the FDA’s recent actions to increase the supply. The focus of the hearing will be on better understanding the causes of the shortages and what more needs to be done.

But Republicans on the committee – led by Ranking Member Rep. Cathy McMorris Rodgers of Washington – say the Biden Administration was “too late” in addressing the shortages.  They submitted a series of questions to the Administration on the scope of the problem.

“Baby formula shortages are an urgent problem that must be addressed immediately,” the lawmakers wrote. “House Republicans call on the administration to do more to help parents across this country.”