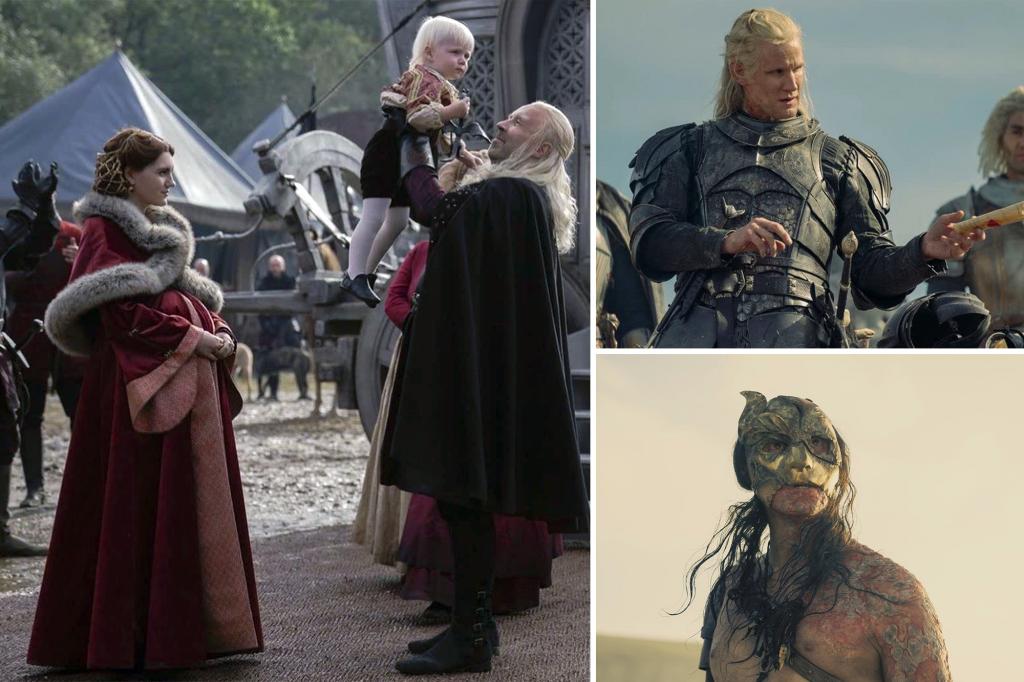 The “Game of Thrones” spinoff “House of the Dragon” just introduced a villain worse than Joffrey or Ramsay Bolton – and it’s a cute little toddler.

[Warning: Spoilers ahead for Episode 3 of “House of the Dragon,” and for George R.R. Martin’s book “Fire & Blood.”]

The third episode of “House of the Dragon” introduces King Viserys (Paddy Considine) and his new wife Alicent Hightower (Emily Carey)’s baby boy: a toddler named Aegon. Although the second episode only just announced their marriage, this episode has skipped forward in time to where they’re already celebrating the boy’s second “name day,” or birthday. Aegon is Princess Rhaenyra’s (Milly Alcock) younger half-brother and although he’s just a little boy now, he’s going to grow up to be a horrible man.

[Once again, major spoilers ahead.]

These episodes are all a slow ramp-up of events that will lead to a brutal civil war between Rhaenyra and Aegon over who will succeed their father Viserys on the Iron Throne. Although the King has named Rhaenyra as his heir, traditionally the firstborn son is the heir. Everyone is already making noise about it in this episode, as the kid celebrates his second birthday.

The obnoxious Jason Lannister (Jefferson Hall) tells the King that if Rhaenyra married him, she would be well compensated for her “loss in station” from no longer being the king’s heir, since everyone is now assuming that title will now go to Aegon. Alicent and her dad, Otto Hightower (Rhys Ifans) have a conversation about it, too. “Would you have me raise my son to steal his own sister’s birthright?” she asks, while Otto proclaims that if the king’s firstborn son Aegon does not become king, that would “assail the laws of gods and men.”

So, Aegon will grow up surrounded by this rhetoric, feeling like the throne should belong to him instead of his older half-sister, Rhaenyra. And he’s got many supporters who agree that he should take his sister’s birthright.

There will be more time jumps in this show, so this toddler will ultimately age up and be played by Tom Glynn-Carney, a 27-year-old British actor known for “Dunkirk.” If you’re rooting for Rhaenyra to get the throne after she was named heir in the series premiere, bad news: he’s going to stand against her. And there’s going to be a lot of carnage along the way. (The carnage part is sort of obvious, considering how much blood is in the show’s opening title sequence.)

Some fans who are in the know are already hating this kid.

Luckily for Rhaenyra, she’s got some formidable allies in this fight. But so does Aegon. As the show goes on, all eyes will be on Daemon (Matt Smith), the hotheaded wildcard who is a formidable warrior, and on Corlys Velaryon (Steve Toussaint), to see which side of the conflict they’ll land on.

The show has already been renewed for a Season 2. No matter how many seasons this story is stretched out for, it’s all leading to a slew of violence, death and tragedy – and it’s all Aegon’s fault for not accepting his half-sister Rhaenyra’s right to succeed her father on the Iron Throne.

So, this little toddler might seem like an ordinary cute kid in this episode … but soon enough, he’s going to be a villain who rivals even the odious Joffrey or Ramsay Bolton from “GoT,” and he’ll rip Westeros apart.