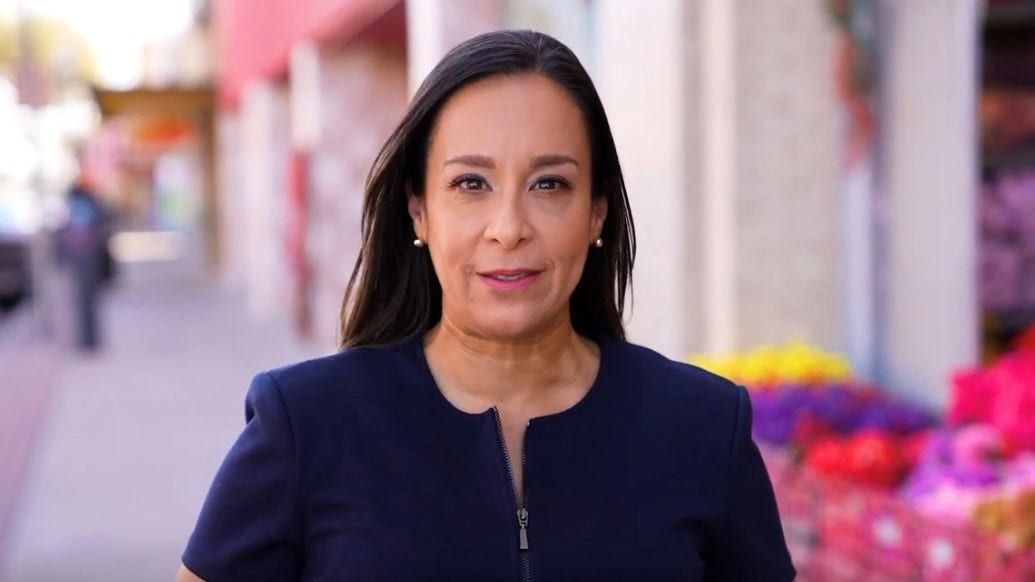 FIRST ON FOX: Monica De La Cruz says that her “American dream” started as a child growing up in Texas along the U.S.-Mexico border “in the Rio Grande Valley with simple beginnings.”

The paid media effort by the House GOP’s reelection, shared first with Fox News on Monday, arm aims to highlight top party recruits who represent what the NRCC calls “the unique stories and diversity of the Republican Party in communities across the country.”

“We launched this project to help talented candidates like Monica tell their stories at home and increase their visibility nationwide,” NRCC Chairman Rep. Tom Emmer said in a statement. “Republicans have smashed every recruiting record we set last cycle and we are excited for voters to see who Republican candidates are and what they represent.”

Cruz is making her second straight bid for Congress in a district that stretches from the outskirts of San Antonio south the McAllen along the southern border with Mexico.

“I worked my way through college, went off the start a career and made my way back home to start my family and eventually my own business. Long days juggling the kids school schedules, to finding and serving my clients, and even spending weekends cleaning my own office. Around here, we’re tough. We’re not afraid to put in the time and do the work to make a better life for our families,” Cruz says in a video, that the NRCC says will run across social media platforms.

Texas 15 is one of five districts along the southern border that the NRCC’s aiming to flip from blue to red in November’s elections as the party tries to win back the House majority it lost in the 2018 midterms.

Rep. Vicente Gonzalez, the Democratic incumbent in Texas 15 is running this November for the open seat race in the neighboring 34th District. Gonzalez won election to Congress in 2016 by nearly 20 points and cruised to re-election in 2018 by 21 points. But he edged De La Cruz by just three points in the 2020 election.

If De La Cruz wins in November, she would be the first Republican to represent the district in over a century.

The NRCC says their initiative will feature one candidate per month leading up to the November elections.