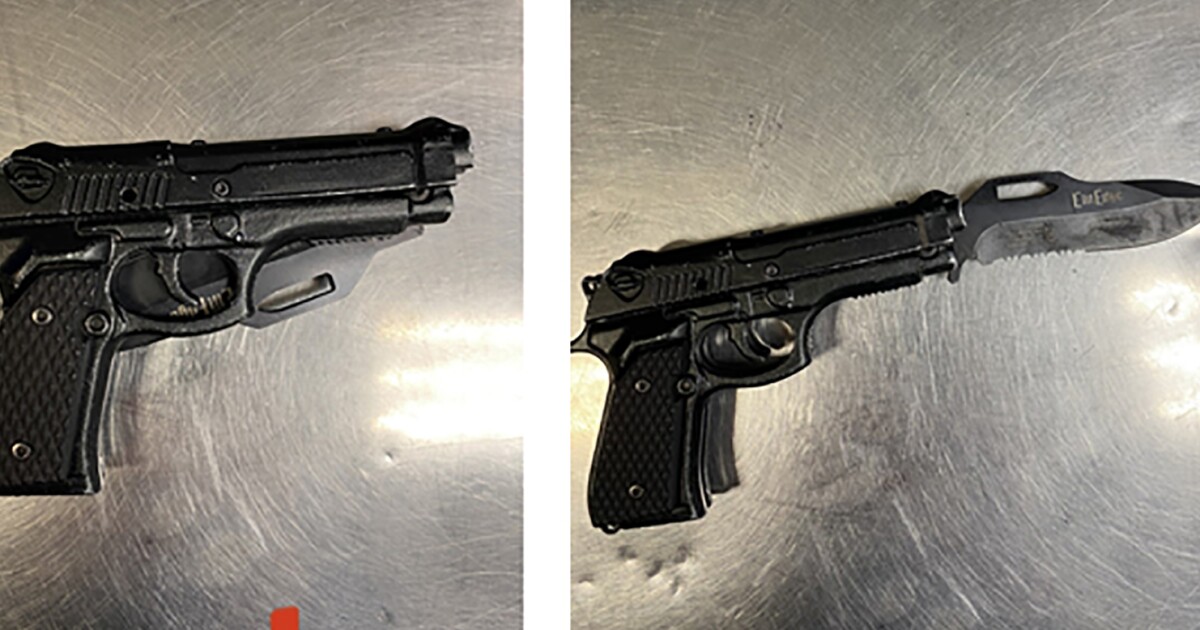 Investigators are trying to determine how a man armed with a replica gun evaded several layers of security at the Hollywood Bowl and managed to get onstage Tuesday night and attack comedian Dave Chappelle.

Isaiah Lee, 23, was arrested on suspicion of assault with a deadly weapon and as of Thursday morning was still in jail on $30,000 bail.

The Bowl, which is owned and operated jointly by the Los Angeles County Department of Parks and Recreation and the Los Angeles Philharmonic Assn., uses metal detectors to screen visitors.

“The safety of our artists, visitors and staff is the L.A. Phil’s top priority,” Sophie Jefferies, the Philharmonic’s director of public relations, said in a statement Wednesday. “The incident … remains an active investigation, and we are unable to comment further at this time.”

LAPD sources said Lee, who was carrying a bag with the knife inside, was able to get past security searches and metal detectors. Despite not being credentialed, he got onto the stage without being challenged, the sources said.

An entrance without metal detectors and searches exists but is not publicly accessible, according to the sources. Security inside the venue is provided by a contractor.

A video of the incident shows the man rushing from the left side of the stage as Chappelle is about halfway through his performance. The man, later identified as Lee, appears to put his head down as he charges at the comedian, knocking Chappelle backward. The attacker retreats across the stage as security swarms him.

Video shows paramedics putting the restrained man, who appeared to have an arm injury, onto a stretcher. Fans booed as paramedics wheeled him to an ambulance.

Chappelle was uninjured in the attack and continued the show. But the incident shocked fans and prompted a huge police response.

After the man rushed the stage, several people came to Chappelle’s aid, including actor and comic Jamie Foxx.

What we know about Lee

Public records show that Lee most recently lived in Redondo Beach with his brothers. He was arrested by the LAPD under the name Arias-Lee in August 2019 in Hollywood on suspicion of misdemeanor battery but was never charged in the incident, according to booking and court records.

He told police during his arrest that he was homeless and was working as a laborer, records show.

According to a lawsuit filed by one of Lee’s brothers, Lee and his four siblings were deemed wards of the state and raised by their grandmother in Brooklyn, N.Y.

Lee is apparently an aspiring rapper who records under the name “NONAME_TRAPPER.” Instagram accounts with the same handle also identify Lee as associated with the moniker, but The Times was not able to authenticate them.

His Spotify page lists a track titled “Dave Chappelle” from a 2020 album, “Born & die in the trap.”

Lee’s brother told Rolling Stone that he did write a rap about Chappelle but described him as a gentle person.

“I don’t have anything negative to say about Isaiah. He’s a performing artist who tries to stay as positive as possible. He does have a history of mental health issues. He does take medicine. Maybe he missed out on taking his prescription. But he’s not the type to just lash out. I don’t understand,” Aaron Lee told Rolling Stone.