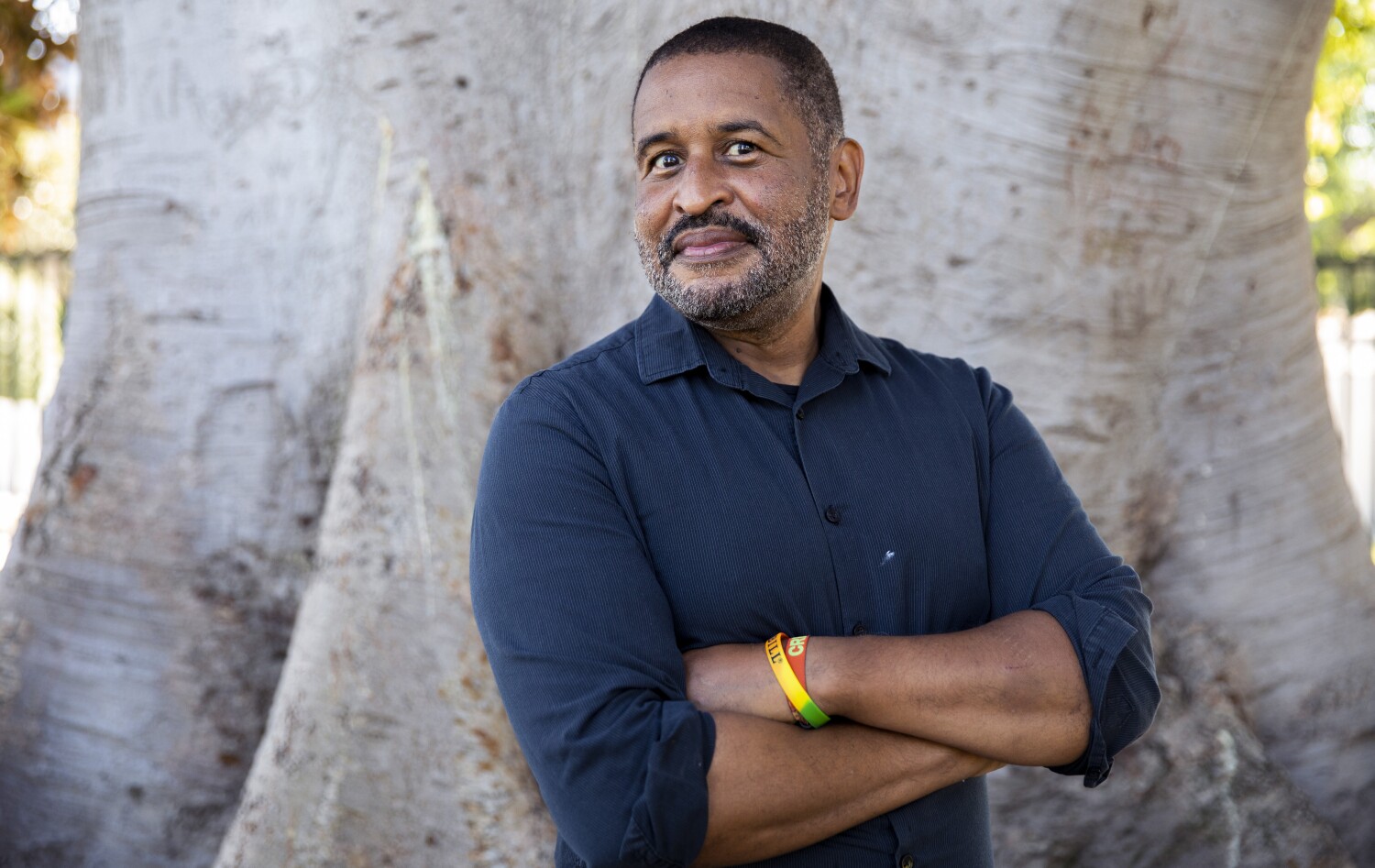 Shawn Griffin remembers his first — and subsequently last — attempt to ask his doctor to prescribe him PrEP.

Griffin, a gay Black man, had hoped to be prescribed pre-exposure prophylaxis medication, known as PrEP, as a way to protect himself against HIV. But in 2012 his primary care doctor, a white man, said no.

“If I was exposed to it, he said then he’d give me the medication, but not before,” Griffin said. “And he said the reason why is because he felt that PrEP kind of gave gay men a license to have all kinds of crazy sex.”

Griffin left his doctor and was able to access PrEP medication through a clinical trial. The emergence of MPX in recent months has reminded him of how moments like the one he experienced — what he described as a harmful trifecta of racism, homophobia and stigma — are still common.

In light of widespread concerns that the name “monkeypox” is racist and stigmatizing, the World Health Organization and other public health agencies have pledged to find a replacement. The Times will refer to it as MPX, which is used by the California Department of Public Health.

Public health experts and the general public have likened MPX — which is what the California Department of Public Health calls monkeypox — to the HIV and AIDS epidemic because of the disproportionate number of men who have sex with men contracting the virus. But the connection has also raised alarm over history potentially repeating itself with the stigma, shame and subtle and blatant acts of racism men of color may face as MPX continues.

And there’s fear that even amid public health officials’ efforts, the outreach is still not where it needs to be to raise awareness and encourage vaccinations.

Nationwide, more than 18,000 MPX cases have been reported, with Black and Latino people each making up more than a third of the cases, according to the federal Centers for Disease Control and Prevention. But public health advocates have also expressed concern that Black people have received just 9.5% of MPX vaccine doses. Vaccine uptake is highest among white and Latino people, according to CDC data.

In California, more than 3,000 probable or confirmed cases have been reported, with the majority of them in Los Angeles County and San Francisco. In L.A. County, 98% of MPX cases are in males. In addition, among reported MPX cases in which sexual orientation is known, 97% are occurring among people who identify as gay or bisexual.

The most recent L.A. County data show that among the 1,323 reported MPX cases, 40% are among Latino residents, 29% are among white residents and 11% are among Black residents. Los Angeles County public health officials have expressed cautious optimism as MPX cases are starting to slow as more people get vaccinated and reduce their sexual activity.

Common MPX symptoms include rashes and lesions that can look like painful or itchy pimples, bumps or blisters, appearing first in the genital area and swollen lymph nodes. Public health officials have warned that risk for MPX is higher for people with multiple sexual partners.

When Dr. Hyman Scott, medical director for the San Francisco Department of Public Health, gives presentations, he explains where MPX comes from and mentions camelpox, skunkpox, rabbitpox and chickenpox. He also said agency representatives refer to the virus as MPX at presentations “so people feel like they have space to receive that information.” The World Health Organization is calling for potential suggestions for a new name for the virus in light of criticism about the racist nature of the term “monkeypox.”

But Scott said he “doesn’t think that there’s been a universal centering for men of color in our monkeypox response” so far.

Though the San Francisco Department of Public Health has strived to work with community groups and be inclusive in its approach, he said this is not the approach for health agencies everywhere, particularly as MPX cases rapidly change.

“It’s anticipated and predictable,” Scott said of race disparities. “I think without that clear intentionality around being inclusive that folks who are Black and Latinx can often be left out or forgotten, whether it’s intentional or not.”

Scott has heard patients who were told by medical professionals they didn’t have MPX when they clearly did, forcing them to seek out multiple places for a diagnosis and treatment. He said his patients have had to fiercely advocate for themselves, or he has had to step in to help them get the evaluations and treatment they needed.

“That message gets out into communities that historically don’t have access to these types of treatments and diagnoses and that ‘it’s not something that’s available’ is what gets messaged in the community,” Scott said.

For Griffin, another moment he thinks about occurred in the 1990s while he stood in line at Studio One waiting to get inside for a night of dancing.

As Griffin waited at the West Hollywood club among several white men, volunteers handed out fliers about HIV and AIDS awareness and where people could get tested. The volunteers gave a flier to the white people in front of and behind Griffin but did not give him one.

He said that slights like this were common for people of color venturing into the area for a night out.

Griffin was project manager for the Gay Men of Color Consortium in Los Angeles in the early 1990s. The group focused on helping agencies with reaching communities of color for safe sex public health campaigns. Griffin said part of the problem is that public health agencies rely on a few organizations or the same people to help with their outreach efforts.

“They’ve read research or a friend of theirs has said this, and they think, ‘OK, this is representative of the whole community,’ when many times it isn’t,” Griffin said. “They do a lot of things to kind of appeal to the gay-men-of-color community, but I think they miss the mark a lot and the sad thing is that it doesn’t have to be that way.”

When Griffin first heard about MPX, he feared it would “be another thing that people will use against the [gay] community” about why it’s “tainted and why we shouldn’t exist.”

He went to Santa Clarita to get an MPX vaccine in early August because he heard from friends the wait time was much shorter compared with other places. The biggest misconception people have right now, Griffin said, is that MPX is going to stay only among gay communities and “as long as they’re not part of the community or associated with the community that it’s not going to affect them.”

He pointed out that while many gay men of color may want to help with volunteering and making calls about MPX, there’s also the socioeconomic factor of needing to hustle to make ends meet and help other family members. That means they cannot always be on the front lines of outreach.

“Even though it was in my front of mind, if my friend hadn’t been so insistent, I probably wouldn’t have been so assertive about getting the vaccine,” Griffin said.

In Los Angeles County, 40% of MPX vaccine doses have gone to white people, 32% to Latinos and 9% to Black residents.

L.A. County Public Health Director Barbara Ferrer said the county now has a seven-day-a-week call center so that people without computer access can get information and schedule MPX vaccine appointments. In addition, she said, while people need to show identification, the county is asking people for less information upfront and that immigration and insurance status are not barriers to accessing vaccinations or testing.

The county is also working with community organizations that sponsor the health agency’s pop-up mobile teams, to connect with residents who lack access to health services.

“We are relying heavily on this community partner network and making sure that access to all of the resources people need … information, vaccines, testing and assessment, and for some therapeutics, is easily available to everyone in the county,” Ferrer said.

Jeffrey C. King, founder and executive director of In the Meantime Men’s Group, which aims to enrich and empower Black gay men of all ages, said he doubts many people are aware of what MPX is, how it spreads and how to manage a diagnosis.

King said many of the organization’s older clients who remember the onset of the AIDS crisis are experiencing a kind of PTSD as they’ve watched the rise of MPX cases since May.

“I think that people are just totally overwhelmed,” King said. And “as usual, our community is really on the tail end of all of these crises…. What we have grown to expect, unfortunately, is that more people will be impacted, and then we will start to hear that communities of color are disproportionately impacted.”

When he first heard about MPX affecting gay men and men who have sex with men, all Oscar De La O could think was “here we go again.”

De La O has helped with HIV and AIDS awareness advocacy for decades after founding and becoming president of Bienestar in 1989. The Los Angeles County organization provides care and other services for Latino and LGBTQ residents, including sexually transmitted infection testing and HIV/AIDS care.

But De La O said there is still not enough being done to offer more nuanced MPX information for specific populations like first-generation immigrants or recent immigrants.

“It took a long time for L.A. County Department of Public Health to understand that we just couldn’t take successful models from some organizations that did their work with a very different demographic, and say, ‘Oh, it’s gonna work over here, just apply it,’ ” De La O said.

De La O, now vice president of Bienestar, said that while the organization’s six community centers help all populations who need help, more than 65% of their 15,000 clients each year are gay Latino men who are immigrants. The organization used its internal text message system to inform clients about MPX.

They also called clients who had recent sexually transmitted infections or are on PrEP, and had information available during the 25 support groups they have. Bienestar has received calls of confusion and anxiety from clients about MPX, asking why they needed to get vaccinated, what was in the vaccine, what the potential side effects are and how information about them is shared.

De La O said that L.A. County Supervisor Hilda L. Solis helped Bienestar get in touch with the county health agency and that as of early August, the organization had given MPX vaccines to more than 50 people.

Dr. Anthony Fauci, the director of the National Institute of Allergy and Infectious Diseases and chief medical advisor to President Biden, said “the painful reality” is people of color are often disproportionately afflicted by emerging health issues and have less access to medical help.

He noted initial HIV data did not show a large disparity between white men and men of color, whereas now people of color are disproportionately affected.

“You absolutely have to pay attention to not allowing stigmatization of a group of people be it on the basis of their sexual preference, or on the basis of the color of their skin, when they are desperately afflicted by a particular disease,” Fauci said. “It’s the virus that’s the problem, not the people who are being afflicted with the virus.”