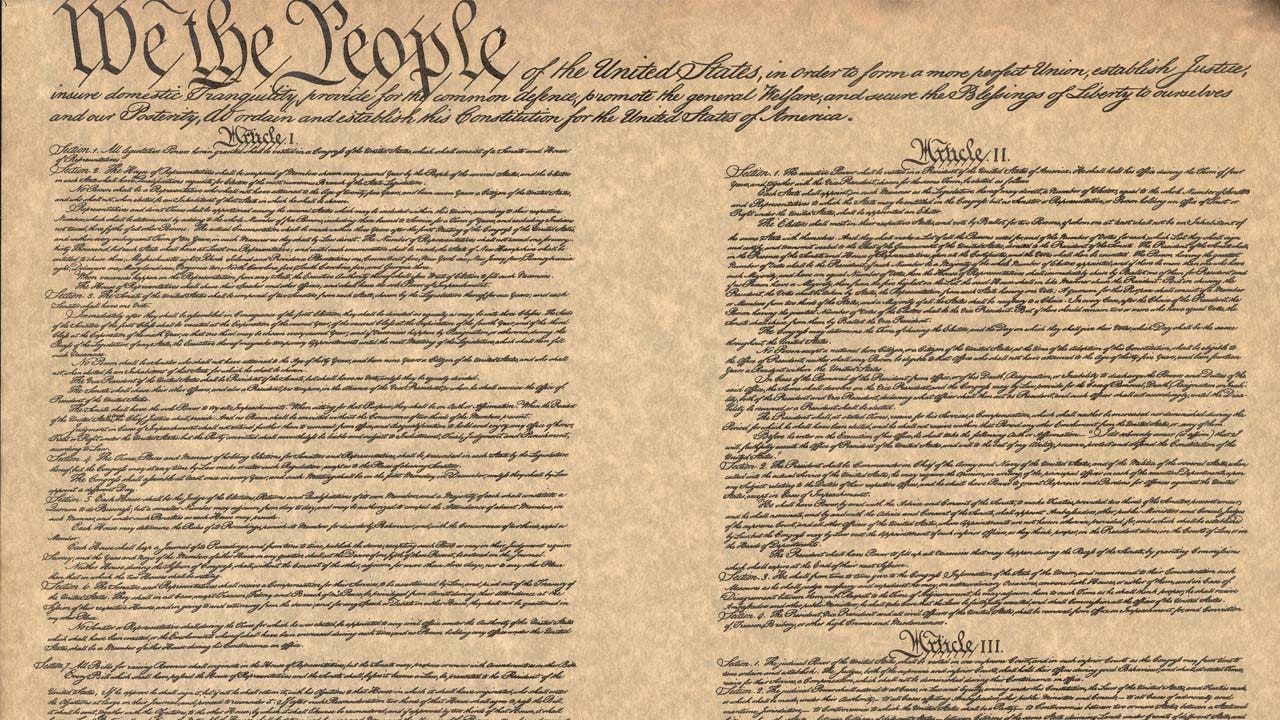 Georgetown University law professor Rosa Brooks blamed the Highland Park mass shooting on Americans being “slaves” to the Constitution, “written more than 230 years ago by a tiny group of white slave-owning men,” Tuesday.

At a Fourth of July parade in Illinois, an armed gunman shot and killed at least seven people, wounding dozens more. The suspect is now in police custody, though authorities have not yet disclosed a motive.

MSNBC “The ReidOut” host Joy Reid spoke with a panel who mourned the lives lost but called for stricter gun control legislation as a result.

A police officer holds up police tape at the scene of a mass shooting at the Highland Park Fourth of July parade in downtown Highland Park, a Chicago suburb, on Monday, July 4, 2022.
(AP Photo/Nam Y. Huh)

“It’s time to say that no one in America needs an assault weapon. It’s something the military needs. It is not something that people need. And whatever mental issues the shooter here had, and it’s clear that he did, even if he didn’t, he didn’t need that gun,” said MSNBC legal analyst Jill Wine-Banks.

Although Chicago and Highland Park’s gun laws are some of the strictest in the country, Brooks instead focused on the Supreme Court decision finding New York’s concealed carry laws to be unconstitutional.

“We are now living in that world too and we have brought it on ourselves. We can’t say, oops, it’s the Russians’ fault, they shouldn’t have invaded us. Or oops, this is Al-Qaeda. This is us. This is 100% us and it’s because we are essentially slaves to a document that was written more than 230 years ago by a tiny group of white slave-owning men,” Brooks said.

Facimile of The Constitution For The United States Of America Dated September 17, 1787. (Photo by Fotosearch/Getty Images).

Several liberals have called out the Supreme Court decision since its announcement in June with many hosts and guests suggesting guns have more rights than women.

Brooks added, “And we cannot break out of the bondage that we have imposed on ourselves from feeling like we have to — everything by our Supreme Court is decided in reference to this ancient document which is just not serving us well. It is causing enormous problems and enormous tragedies at this point.”

Guns and the U.S. Constitution

Later on in the segment, Brooks agreed with Reid that a major issue in the country is the ease with which one can acquire AR-15 weapons.