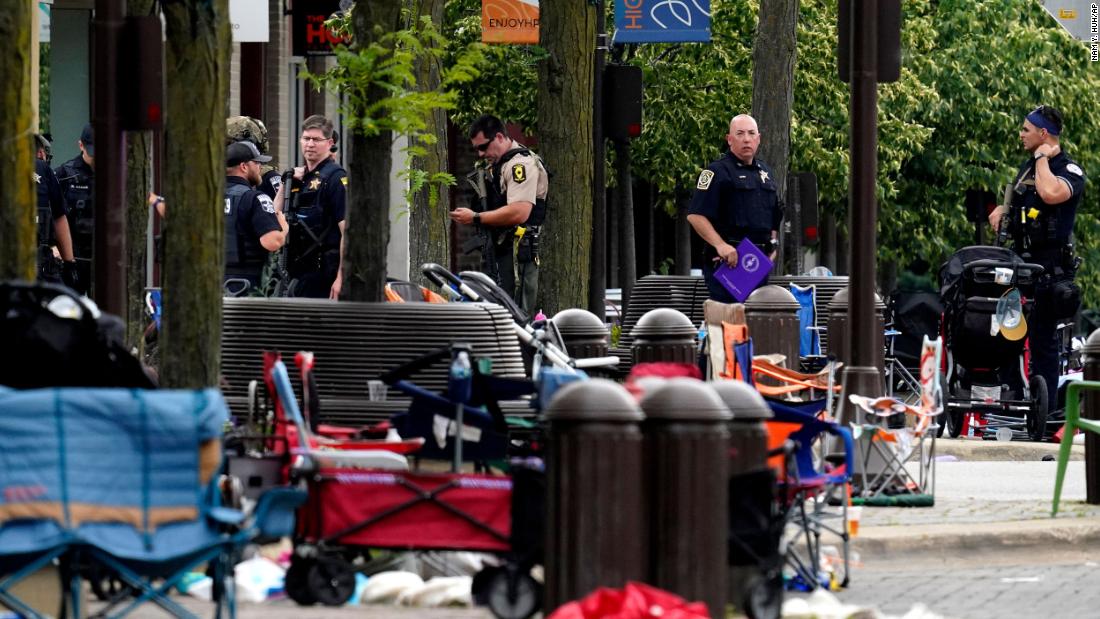 In one video titled “Are you Awake,” Crimo is seen with multicolored hair and face tattoos and is narrating, “I need to just do it. It is my destiny.”

The video shows a cartoon animation of a stick-figure man — who resembles Crimo — in tactical gear carrying out an attack with a rifle.

In another video titled “Toy Soldier,” a similar stick-figure cartoon character resembling Crimo is depicted lying face down on the floor in a pool of his own blood, surrounded by police officers with their guns drawn.

Crimo, who calls himself “Awake the Rapper,” posted his music on several major streaming outlets and on a personal website. The Facebook and Twitter accounts believed to belong to Crimo were taken down after he was named as a person of interest in the mass shooting that killed at least six people. His Facebook profile photo showed him wearing a helmet with a camera mount, a face cover and a multicolored jacket.

On September 24, he posted a video on Twitter that shows him sitting on a set resembling a classroom, wearing a helmet and posing in various scenes while an instrumental arrangement of “When Johnny Comes Marching Home” plays in the background.

In yet another music video for a song titled “On My Mind,” Crimo performs in a classroom set filled with desks, lockers and chalkboards. In the last minute of the video, the viewers see a shot of Crimo reaching into his backpack before the music abruptly cuts. Then, Crimo is seen wearing a helmet and a tactical vest, dropping bullets onto the floor of the classroom, with the music from a popular shooting video game, “Call of Duty,” playing over the scene.

The videos appear to have been posted online last year.