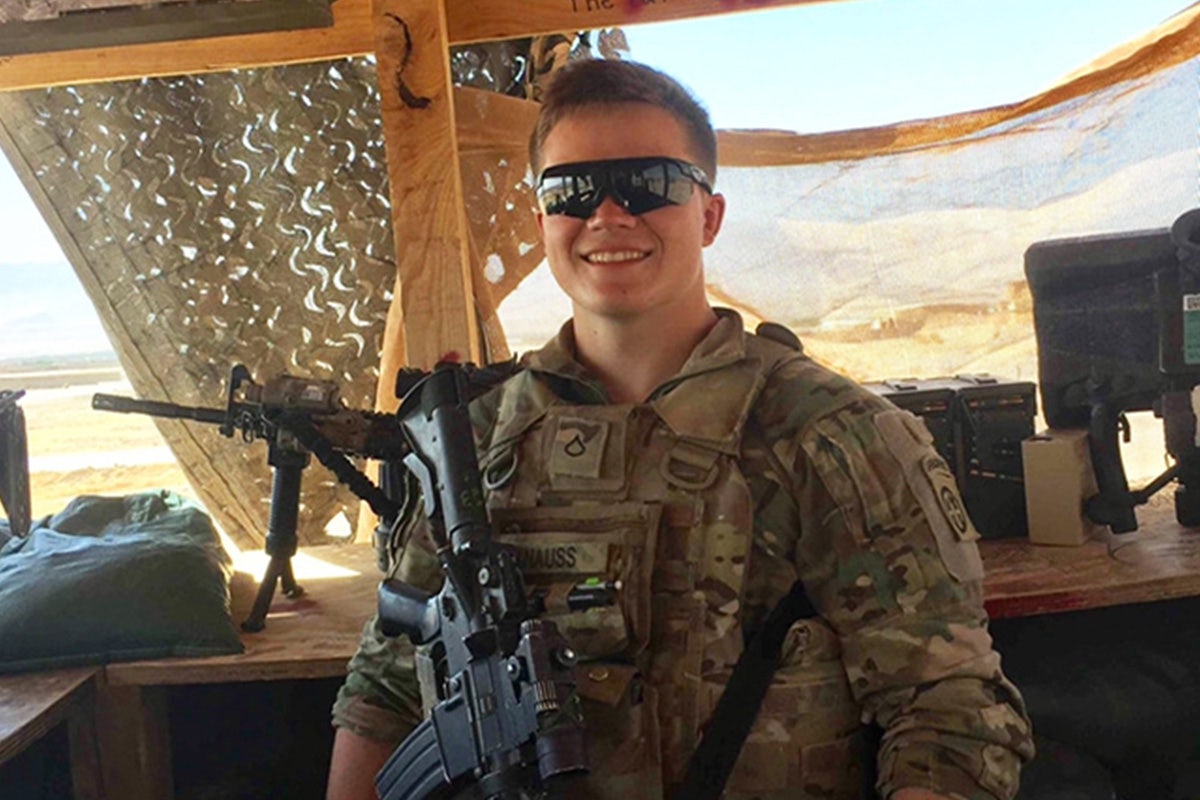 This article is part of a Fox News Digital series examining the consequences of the U.S. military withdrawal from Afghanistan one year ago this week.

Ryan Christian Knauss walked a mile through Arlington National Cemetery in May 2016, long before he joined the ranks of the U.S. Army Special Operations Forces. He took in the hills of neatly spaced marble headstones and read the names of those who sacrificed their lives for their country.

Five years later, he was laid to rest in the same sacred ground.

Staff Sgt. Knauss was 23 years old when he and 12 additional American service members died in the Aug. 26, 2021, suicide bombing at Hamid Karzai International Airport in Kabul. His mother has spent every day of the past year thinking about him.

“Ryan doesn’t leave me on any day,” Paula Knauss Selph told Fox News. If she could see him again, she said she would just want to hold him and tell him, “job well done.”

“He did a job well done, from his birth until his death,” she said.

Left, a young Ryan Christian Knauss smiles for a photo while dressed up as a soldier. Right, Knauss poses for a picture nearly 20 years later as a soldier.

It didn’t surprise anyone that Ryan enlisted. He had several veterans in his family, including a grandfather who served in World War II.

From as early as Paula can remember, her son’s favorite activity was dressing up in camouflage and running around with a walkie talkie in one hand and a toy gun in the other. As he got older, Ryan and his older brother Tyler Knauss would play army in the fields and woods by their home in Corryton, Tennessee.

“His dream, his heart, his purpose in life was to serve in the armed forces,” Paula said.

RELIGIOUS FREEDOM IN AFGHANISTAN ‘DRASTICALLY DETERIORATED’ AFTER TALIBAN TOOK OVER, US COMMISSION SAYS

Ryan begged his mom to let him switch from private school to Gibbs High School so he could join its junior ROTC program. One afternoon during his senior year of high school, he brought home a recruiter and a piece of paper.

“‘I know I’m not of age yet,’” Paula remembered Ryan saying. The recruiter “‘said you and Dad need to sign this so I can get in.’”

Then he delivered an ultimatum: “‘This recruiter told me that if you don’t sign that, I have the right to divorce my mother.’”

Paula was horrified. Ryan assured her that he didn’t want to do it, but he had to join the Army and didn’t want his parents to stop him.

“‘Ryan, you were born to be in the armed forces,'” she recalled telling him. “‘We want you to do what you really want to do in life.'”

Ryan’s family took him to Washington, D.C., in May 2016 for his senior trip. He had told his parents he wanted to see the history of his nation. He took in the monuments and museums on the National Mall. He spent a solemn day at Arlington.

Ryan smiles for a photo during his first deployment to Afghanistan as a gunner in the 82nd Airborne Division in 2016.
(Photo courtesy of Paula Knauss Selph)

Mere days after returning home, he shipped off to basic training at Fort Benning, Georgia, then joined the 82nd Airborne Division, which specializes in parachute assault operations. Then he left for his first mission to Afghanistan as a gunner.

“He wouldn’t talk about some of the things that happened,” Paula said. “It was really hard on him when he got back.”

“He became quite confident in life,” Paula said. “He lit up a room with his encouragement to the troops. They will often talk about that. And Ryan could see the potential in something when others saw not enough hope.”

On Aug. 13, 2021, Ryan deployed to Afghanistan again, this time to assist with the evacuation of U.S. personnel, citizens and Afghan refugees. His mother got married the next day and left for a weeklong honeymoon, sending her son the occasional photo from the cruise. As the situation overseas began to look more dire, Paula texted more often, sending Ryan scriptures and asking how he was doing.

On Aug. 24, Paula unlocked her phone to see a selfie of Ryan sitting in his truck in Kabul, his hair tucked under a baseball cap and sunglasses shielding his eyes.

“All good here mom, I love you,” the message read.

That was the last she heard from him.

Then Ryan’s brother called their mother.

“He just said the words no parent ever wants to hear,” she said, crying as she remembered the phone call. “Tyler said, ‘Mom, Ryan is dead.’”

“I didn’t believe it,” Paula said. “Your kids should not die before you.”

One year later, Paula is still furious about the chaotic withdrawal from Afghanistan. She characterizes it as a “debacle” that lacked strategy and leadership, making American service members “sitting ducks” at the airport.

“We should have never made people have to run to and fro around the airport trying to make their way in and climb on top of the airplane wheels just to get out of there,” Paula said. “The city should have not been given over until our mission was finished.”

President Biden touted the “extraordinary success of this mission” in a speech last year after the final American troops departed Kabul.

“It was not a success if we lost lives, especially our military,” Paula said. “This is a gut punch to every one of us to hear our president say, ‘Hey, this was great.’”

But Paula said the outpouring of support from across the globe — in the form of cards, emails, posters, drawings and other tributes to her son — has meant the world to Ryan’s family.

“It makes a difference to read another card, to see another text … open up something in the mail and know that someone thought of your son that day,” she said. “I just want to put out there again what thankfulness we have, gratefulness we have, to know we’re not alone.”