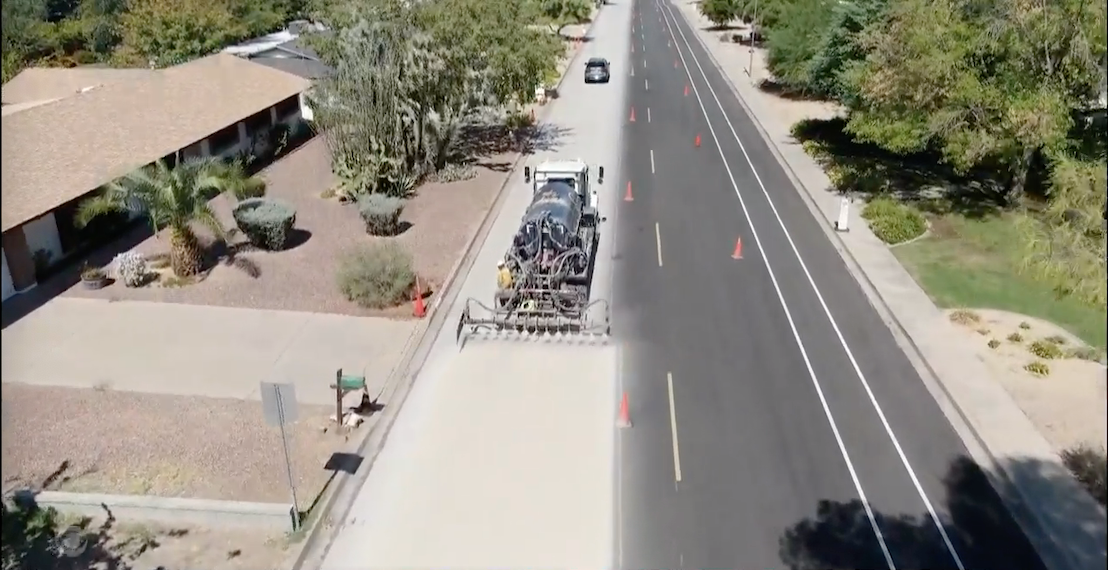 Phoenix, Arizona — Phoenix is trying to beat the heat by turning its black asphalt streets gray. A special sealant reflects rather than absorbs the hot desert sun.

Phoenix Mayor Kate Gallego says the so-called cool pavement is 10 to 12 degrees cooler to touch than traditional asphalt. About 73 miles of the city’s streets are now covered in the sealant.

“Our residents say they can feel the difference,” Gallego told CBS News.

Climate change is cranking up the heat in the nation’s hottest and fifth largest city. Phoenix recorded its hottest summer ever in 2020, with 50 days at or above 110 degrees and a record 28 nights when the temperature never dropped below 90 degrees.

“We are seeing every summer higher temperatures both during the day and less cooling overnight,” Gallego said.

Cities are warming at twice the global average because buildings and pavement absorb and trap so much heat. Phoenix, Los Angeles and Miami have named chief heat officers to find ways to prevent the often deadly impacts of extreme heat.

Heat is killing about 300 people per year in Phoenix.

“This is a problem that’s only going to get worse, so we need to do better,” Hondula said. “We need to do more and we need to be doing it fast.”

The city is creating 100 cool corridors, planting hundreds of trees whose shade can drop the ambient air temperature by about 30 to 40 degrees compared to full sun. Phoenix is also experimenting with reflective roofs and cooling sidewalks.

“We could wind up with a Phoenix of the future that’s cooler than the one we have today, even as global warming continues,” Hondula said.

Inside the final days of JJ and Tylee