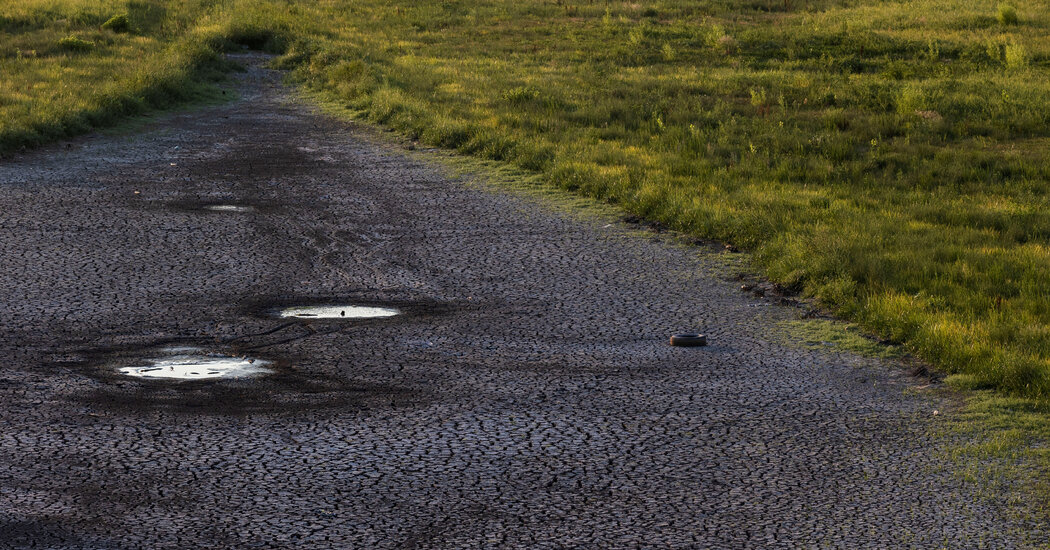 In much of the United States, it’s hot out there. Still.

Many parts of the Central Plains and Texas are under heat advisories and warnings this weekend and will be well into the week in what is already a historically — and relentless — hot summer, forecasters with the National Weather Service said.

It might not be as hot as it was in recent weeks, but heat advisories will be in effect for much of the Central and Southern Plains, including the Oklahoma Panhandle, east toward most of Oklahoma and Arkansas, southwestern Missouri and southeastern Kansas, said Bob Oravec, a lead forecaster with the Weather Service. The extensive heat is contributing to droughts in a lot of those areas as well.

Heat warnings are also in effect for Southern California and parts of the Southwest, including Arizona and New Mexico.

Next week, parts of Texas, Oklahoma and Kansas could see their highest summer temperatures to date, with predicted highs reaching 102 to 110 degrees, and the potential for heat indexes to be higher.

On Monday, portions of eastern Colorado, western Kansas and areas all the way up into North Dakota could see temperatures between 100 and 110 degrees, said Stephanie Sipprell, a meteorologist with the Weather Service in the Central Plains.

Although it is normal for temperature highs in the region to reach the 100s in July and August, some cities have either already experienced more 100-degree days than average or are reaching their averages early in the season.

Tulsa, Okla., which has found itself at the center of multiple heat waves, usually endures 10 days of 100-degree highs in the summer. On Friday, the city experienced its 11th 100-degree day of the season, said Pete Snyder, a forecaster for the Weather Service in Oklahoma. Tulsa is predicted to face a few more next week, some reaching 108 degrees.

Little Rock, Ark., has gone through seven days of highs reaching 100 degrees and is bracing for the possibility of six more in the next week. The average number of triple-digit days for the city in the summer is eight, according to Justin Condry, a forecaster for the Weather Service in Arkansas. The state is also enduring a drought, which adds to fire risks and could affect farming.

“Farmers specifically feel the impacts of the heat and the drought, which could eventually trickle in to grocery stores,” Mr. Condry said.

The sustained and unrelenting heat also becomes a major issue for urban areas that cannot easily cool down, Mr. Oravec said. “It is harder to cool off at night because the buildings are still radiating heat well after the sun,” he added.