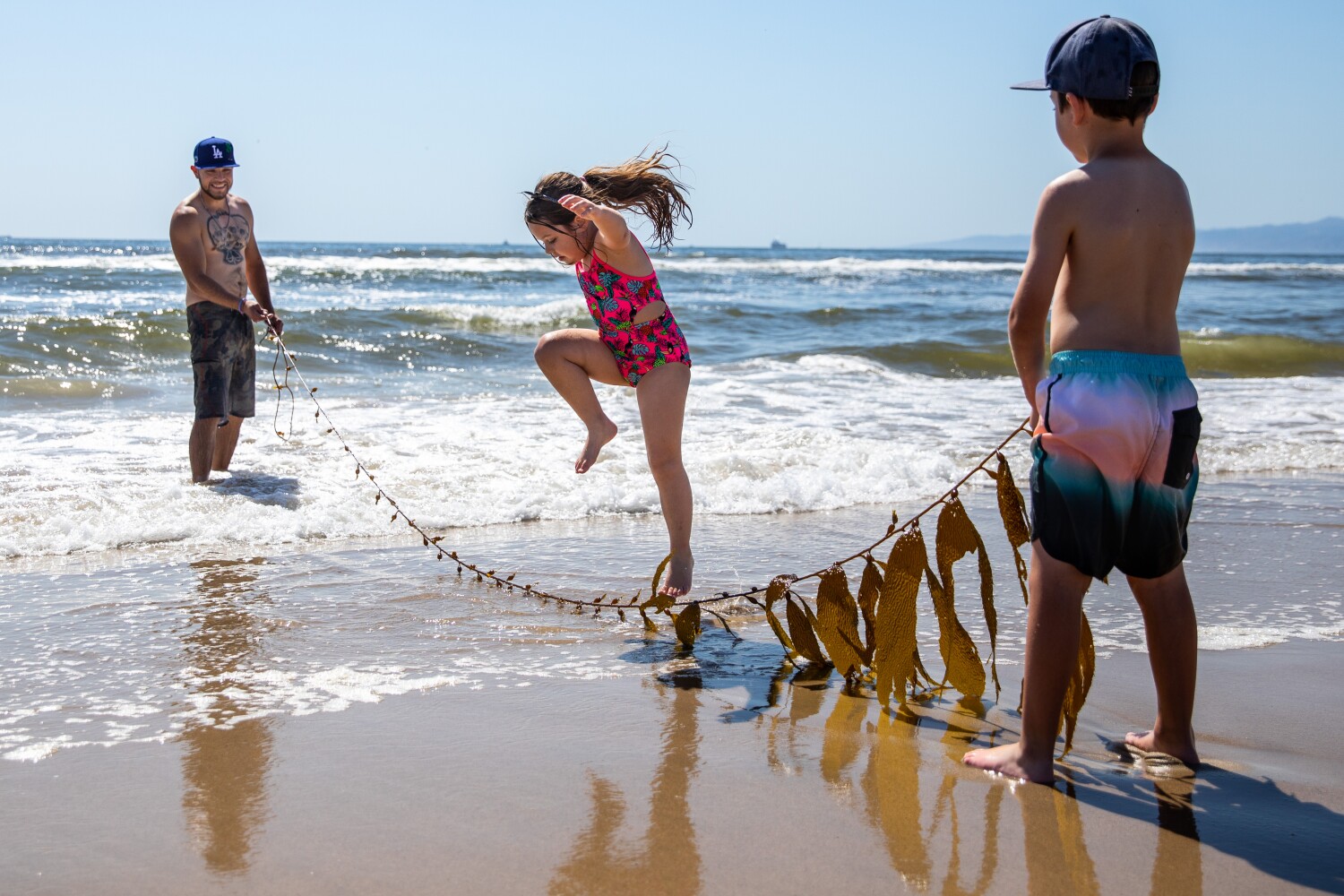 Temperatures are expected to hit triple digits in some areas of Southern California this week as a heat wave envelops the region — just in time for Labor Day weekend.

Temperatures are forecast to be an oppressive 10 to 15 degrees above average starting Wednesday and lasting through Sept. 5, according to Mike Wofford, a meteorologist with the National Weather Service in Oxnard.

The mercury is expected to hit the mid-90s in downtown L.A., and range from 100 to 110 degrees in the San Fernando and Antelope valleys during this period. At the same time, humidity levels are expected to drop significantly, increasing the risk of fire danger.

“This is our hottest time of year,” Wofford said. “When we get big heat waves, this is very typically when we would see them.”

Sunday was a cooler-than-normal August day in the Southland, with temperatures ranging in the mid- to high 70s. But the brief reprieve from the heat is likely to be broken by a strong high-pressure system moving into the Southwest early this week.

“We also have a much weaker on-shore flow,” Wofford said, “which normally brings us a cool sea breeze.”