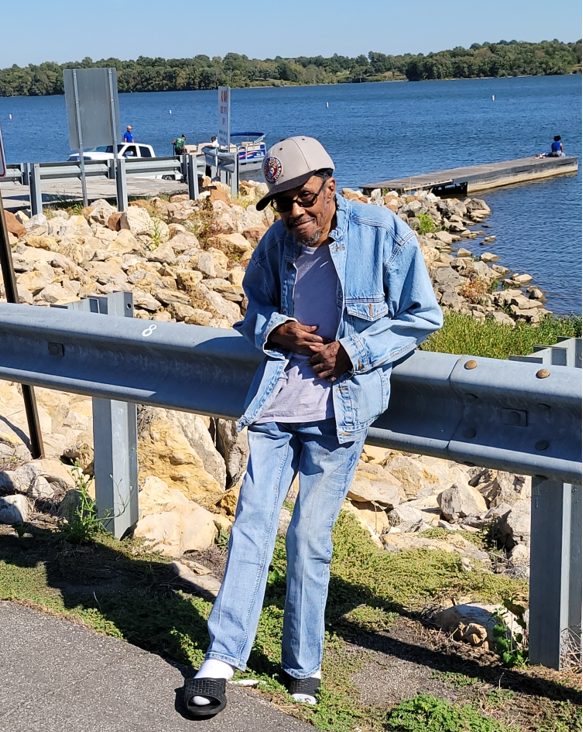 “He was a war hero, and he was murdered,” Baker’s daughter, Nicole Folger, told The Capital-Journal.

Vicki Lee Shelton, 61, was being held on a $1 million bond in connection with intentional and premeditated first-degree murder Sunday morning at the Shawnee County Jail.

No formal charges have been filed.

Baker received a Silver Star for valor displayed on Feb. 26, 1969, while serving in Vietnam, Folger told The Capital-Journal on Saturday in a phone call from her home in Burlington, Okla.

Baker, who was a private first class in the Marines, was taking part at the time in a search and destroy operation in a dense jungle area, according to his citation.

Heavy small arms fire and anti-personnel mines detonated by a North Vietnamese Army unit, which was occupying a well-concealed position, mortally wounded two of the Marines who were with Baker while seriously injuring two others, it said.

“Reacting instantly, Private First Class Baker boldly moved between the enemy and his fallen comrades and, taking advantage of the terrain, commenced delivering fire which enabled the remainder of his company to deploy into effective fighting positions,” the citation said. “When a hostile soldier attacked one of the wounded Marines, Private First Class Baker fearlessly charged forward from his position and intercepted the attacker and killed the man in hand-to-hand combat.”

Baker then returned to his covered location and continued firing at the North Vietnamese soldiers, who soon began a disorganized withdrawal, the citation said.

“His heroic and timely actions inspired all who observed him and saved the lives of two Marines,” it said. “By his courage, bold initiative and selfless devotion to duty in the face of grave personal danger, Private First Class Baker was instrumental in the defeat of the enemy and upheld the highest traditions of the Marine Corps and of the United States Naval Service.”

‘Under the kitchen table with his handgun, waiting for Charlie’

Baker grew up in Alabama, then moved to Detroit before going to Vietnam, Folger said.

While others dodged the draft to become bankers, lawyers and doctors, Harvey Baker left his roots as an architect and volunteered to enlist to go to Vietnam and do the nation’s bidding, she said.

Despite surviving his service in Vietnam, part of Baker died there, Folger said.

“He went to the Army a solid individual and came home a full-blown heroin addict,” she said.

Baker was identified for mental health reasons as being permanently disabled due to PTSD, Folger said.

She said the VA Health Care system let her father down.

Baker “fought his demons every day,” coping with drug addiction and flashbacks, in which he relived his experiences in Vietnam, Folger said.

Folger recalled how, as people in their neighborhood set off fireworks each Independence Day to celebrate the freedoms Baker had fought to maintain, “he would take cover under the kitchen table with his handgun, waiting for Charlie.”

‘A hero’s welcome in Heaven’

Baker was a husband and father of four, who is fondly remembered by his family, Folger said.

Harvey Baker enjoyed fishing, writing, cooking soul food dinners, exercising with Bowflex fitness equipment and playing with his grandchildren, while having them do impressions of him.

Baker moved a year or two ago to live with one of Folger’s cousins in Topeka, Folger said.

During his time here, members of their family became increasingly concerned about how much control Vicki Lee Shelton had gained over Baker’s life, she said.

Folger said Shelton and Baker weren’t in a relationship, but she did allege domestic abuse on Shelton’s part.

“He was a vulnerable individual, and she exploited that,” Folger said.

Baker’s cause and manner of death haven’t been made public. Folger isn’t sure she wants to know, she said.

She shared these thoughts regarding her father on her Facebook page:

“Unfortunately the government failed you when you got home …

“Thank you for giving your life for this country …

“I hope you got a hero’s welcome in heaven.