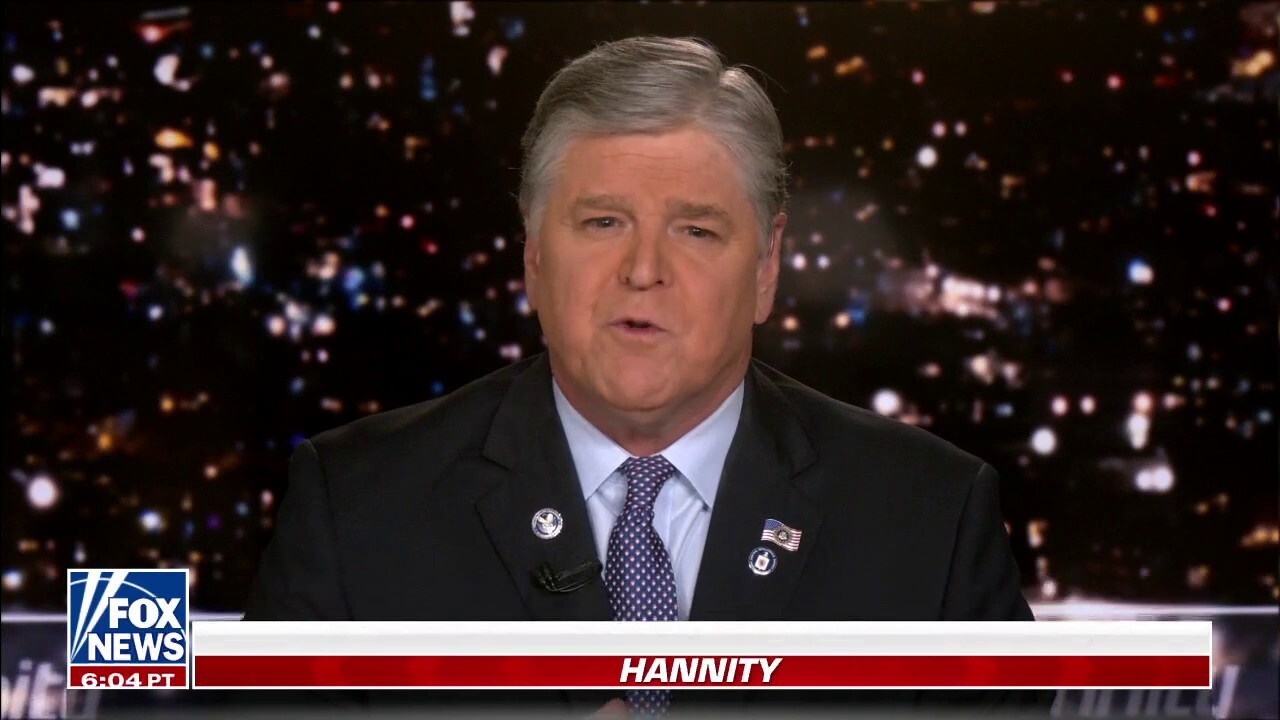 Sean Hannity discusses the MSNBC host, Mehdi Hasan, claiming on his show that the ‘neo-nazi’ faction of the republican party will grow come midterms because of Elon Musk’s purchase of Twitter on ‘Hannity.’

SEAN HANNITY: Now we want to introduce you to a not-so-bright MSDNC host who’s having a really hard time coping with Twitter’s new ownership. Now we go to one of their hosts. I don’t really know this guy, Mehdi Hasan. His dangerous neo-Nazis are now poised to take over the country, all because Elon Musk bought Twitter. And Elon Musk is saying, stay on Twitter. All my critics, feel free to attack me because that’s what free speech is all about. They’re that upset.

HANNITY: THE DISINFORMATION BOARD WON’T BE POLICING ANY OF BIDEN’S ‘LIES’

Now, today, Elon Musk responded, tweeting out, quote, “NBC is basically saying Republicans are Nazis…” By the way, Elon, I don’t know if you’ve ever watched a show or you’re watching tonight every single day. Used to be every two years. Every four years. Now it’s pretty much every day. Republicans are racist, sexist, homophobic, xenophobic, Islamophobic. Now transphobic. They want dirty air, water. They want grandma and grandpa only to eat dog and cat food.

PHILADELPHIA, PA – JULY 24:  A booth of NBC News and MSNBC is seen at the Wells Fargo Center on July 24, 2016 in Philadelphia, Pennsylvania. The Democratic National Convention opens July 25.  (Photo by Alex Wong/Getty Images)

And then they want some prominent Republican lookalike to take granny and grandpa in a wheelchair and throw them over a cliff. Welcome to my world. Welcome to the world of conservatism. This is the same organization that covered up the Hunter Biden laptop. He goes on and had the Harvey Weinstein story early and they killed it and they built Matt Lauer. He wrote his rape office. Wolf, I think he’s talking about that last thing that had been reported. I don’t know if that was ever verified. “Lovely people,” he writes. Anyway, I’ll add this is the same network that brings you Joy Reid, Conspiracy Theorist of all time Rachel Maddow, and until recently lyin, Brian Williams. You know, the guy that saw dead bodies floating during Katrina in front of his hotel that wasn’t flooded.

And needless to say, NBC News doesn’t exactly value truth. Neither does fake news CNN and for that matter, both organizations are only propaganda arms for the DNC. They peddle in lies, conspiracy theories always to advance the socialist agenda. Hate on conservative, everything conservative, and Trump and all Trump supporters.