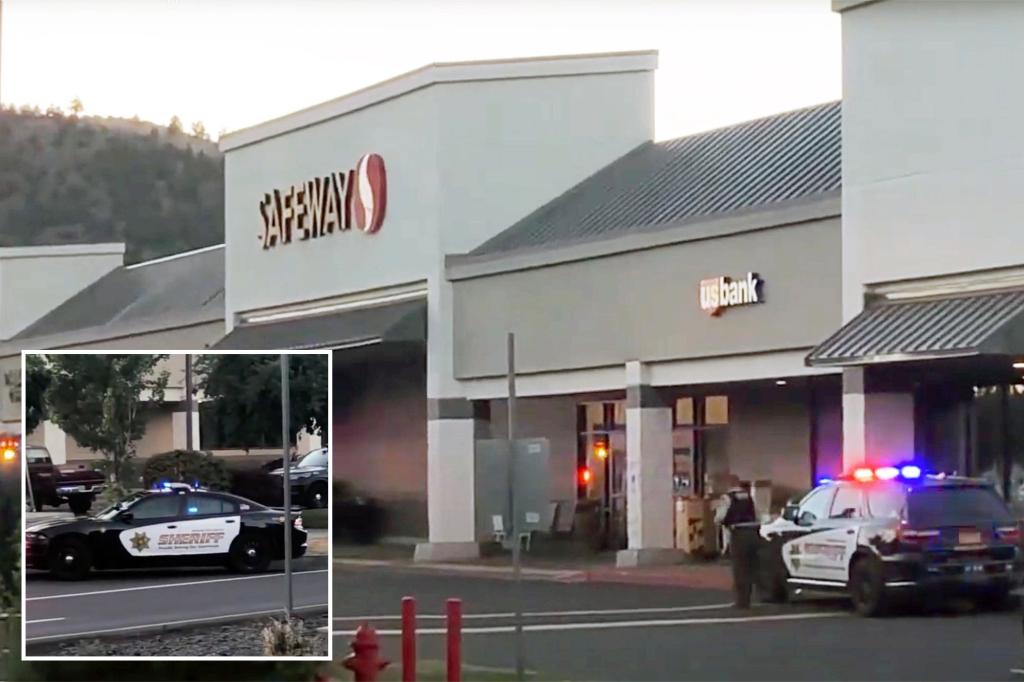 The shooter, who was also found dead, opened fire with an AR-15-style rifle outside a Safeway grocery store at The Forum shopping center in Bend around 7 p.m., according to police.

The shooter, who was armed with an AR-15-style rifle, first fired shots into a Big Lots store at the shopping center before moving into the Safeway at the west entrance, she said.

One victim was shot and killed in the entryway of the grocery store. The second person was fatally shot in the back of the store.

No one was believed to have been injured inside the Big Lots.

Police arrived within minutes of the first 911 calls and found the person they believe to be the shooter dead at the scene.

Bend police were first on the scene and fired no shots, according to preliminary information. The shooter may have been armed with additional weapons in addition to the rifle, she added.

Witnesses reported hearing several shots. Dozens of officers from local, state and federal agencies responded to the shooting. Bend police ordered residents to stay away from the shopping center during the investigation.

A Safeway shopper, Molly Taroli, 40, described the chaos inside the store.

She told The Bulletin that the shooter combed through every aisle “spraying” bullets as employees yelled “go, go, go!” to customers they directed through a stock room and out the back door.

Taroli said she pulled out her own handgun and her husband, who was shopping with her, ran out the front door to get his gun.

It’s unclear if the shooter was killed by another person or by a self-inflicted gunshot.

Police are continuing to investigate the shooting and have not released details about the suspected gunman or the victims.