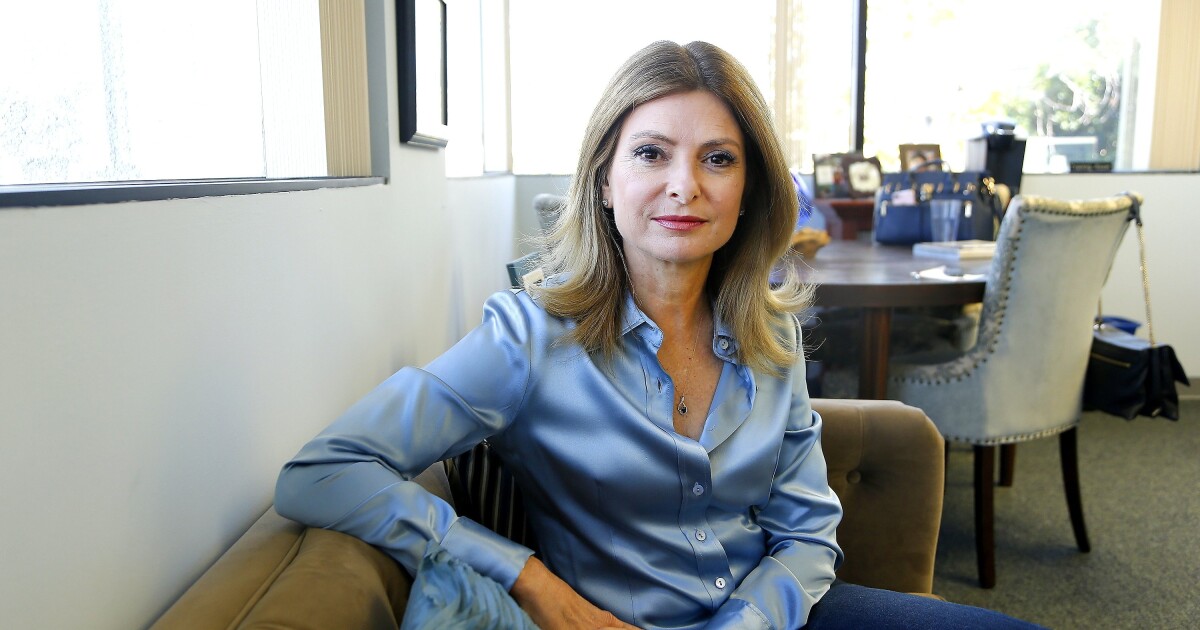 A founder of the Guess clothing empire has accused Lisa Bloom of extortion, saying the prominent attorney threatened to publicize a rape claim that she knew to be false unless the fashion mogul and his company agreed to pay a settlement.

Bloom represented women who had accused Bill Cosby and Bill O’Reilly of sexual misconduct. Now she finds herself a defendant in a lawsuit filed Monday by Paul Marciano’s lawyers in Los Angeles County Superior Court.

Bloom, they argued, crossed the line from legal advocacy to extortion by allegedly threatening to publicly brand Marciano a rapist if he did not pay a large amount of money to settle the dispute with an aspiring model.

Bloom knew the accusation could not be true because her client told her so, the complaint said, but she nevertheless pressed ahead with the pressure campaign. She allegedly forwarded a draft complaint to Marciano’s attorneys that would be published, along with the false rape allegation, if he did not settle.

In a statement Monday, Bloom called Marciano’s claims of being extorted “laughable” and “baseless” and predicted his lawsuit would be thrown out.

But Marciano’s lawyers said they have a sworn declaration from the woman, who was so alarmed at Bloom’s misrepresentations that she came forward as a “whistleblower” and exposed her alleged tactics.

The woman, identified in the complaint by her initials, “does not want women like herself to be manipulated by Lisa Bloom,” said Gary Kaufman, one of Marciano’s attorneys.

The lawsuit offers a view, albeit a one-sided one, of the bare-knuckle negotiations that precede public legal action. Bloom, Marciano’s attorneys claimed, is known to threaten people and companies with airing damaging allegations in a lawsuit or at a news conference unless a settlement is paid out.

“Whether the accusation is true or not does not matter,” they wrote. “What matters is making the target pay up.”

Bloom said Marciano’s lawsuit was the mark of a “desperate” man, one whom she will be deposing next week in the case of a woman who has accused him of sexual misconduct.

“He is losing the case and he knows it,” she said in the statement.

“Mr. Marciano, I look forward to your appearance in my office next week where you will, for the first time, have to answer questions under oath about my client’s sexual assault claims against you,” she said. “I am ready. Are you?”

In lawsuits and news articles, several women have accused Marciano, 70, of unwanted advances, kisses and groping. That prompted Guess’ board to commission an investigation that found that “on certain occasions,” Marciano had “exercised poor judgment in his communications with models and photographers” and had put himself in “situations in which plausible allegations of improper conduct could, and did, arise.”

Bloom has represented several women who have accused Marciano of wrongdoing. Her client in the dispute cited in Marciano’s lawsuit was an aspiring model who last March reported to Guess’ human resources department that she had been sexually harassed.

As private negotiations ground on, Bloom and other attorneys from her firm escalated the severity of the woman’s accusations in an attempt to extract money from Marciano and the company, his lawyers said.

First, Bloom’s firm sent a letter to Guess saying the woman had been “sexually assaulted,” according to Marciano’s lawyers. To settle the matter, they demanded $1.9 million, the complaint said.

Attorneys from Bloom’s firm instructed the woman not to meet with a lawyer Guess had hired to investigate the harassment allegations, according to the complaint, and they told her she was required to meet with a therapist if the firm was to represent her.

Attorneys from Bloom’s firm “dictated to me exactly what to say and what not to say to the therapist,” the woman said, according to Marciano’s lawsuit. “They instructed me to explicitly blame Mr. Marciano for all issues even though I did not feel he was to blame for my experiences.”

Last May, while the dispute was in arbitration, Bloom sent a “final” demand that Marciano and Guess pay $235,000 to settle the matter, attaching a 27-page draft complaint that would be filed in court if they did not, Marciano’s lawyers said.

In the draft complaint, the woman purportedly accused Marciano of raping her in a “personal rape room,” according to Marciano’s complaint. This was the first time Bloom had raised a rape allegation in the case, said Kaufman, Marciano’s lawyer.

“You’re saving that? Shouldn’t that be your lead?” Kaufman said, referring to Bloom’s last-minute escalation. “It’s like a prosecutor saying, ‘He jaywalked, he littered,’ and six months later, ’Oh, yeah, he murdered someone.’”

Marciano and Guess agreed to settle for an undisclosed amount in July, the complaint said, because of concerns that his reputation could be ruined and there could be fallout among shareholders.

In the settlement agreement, the woman acknowledged that Marciano had not raped her, according to his complaint.

The woman has since told Marciano’s lawyers that, when she first read the draft complaint, she’d insisted that Bloom and other attorneys at her firm remove the word “rape” from the document, as she had not been raped, Marciano’s lawyers wrote.

She was told it had been removed, but the draft complaint sent to Marciano’s lawyers still included the rape allegation, the complaint said.

In her statement, Bloom said the woman’s “appalling story of what Paul Marciano did to her” is documented in “many confidential emails.” Clients sign off on “everything we send out,” she added.

Michael Avenatti, once a high-flying plaintiffs’ attorney who represented Stormy Daniels when she claimed to have had sex with former President Trump, was convicted last year of attempted extortion, a criminal case that stemmed from his representation of a youth basketball coach in a dispute with Nike.

Claiming to have evidence that the sportswear giant had paid athletes to attend certain universities, Avenatti demanded that the company either hire him to conduct an internal investigation or pay more than $20 million to his client. If they did not, he threatened to hold a news conference that would damage the company’s value.

Avenatti was charged in federal court with attempted extortion, found guilty at trial and sentenced to more than two years in prison. Kaufman said he believed the facts alleged in Marciano’s lawsuit were “more compelling” than those in Avenatti’s criminal case.

Avenatti had warned of linking Nike to a bribery scandal, whereas Bloom had threatened to accuse Marciano of rape — “a horrible, despicable allegation,” Kaufman said. “And according to Ms. Bloom’s former client, the allegation wasn’t true, and Ms. Bloom knew it wasn’t true.”

Bloom, whose mother is the high-profile attorney Gloria Allred, came under fire after reporters from the New York Times unearthed a memo in which she had laid out a campaign to discredit Harvey Weinstein’s accusers and manipulate media coverage to cast the now-disgraced movie producer as “the hero of the story, not the villain.”