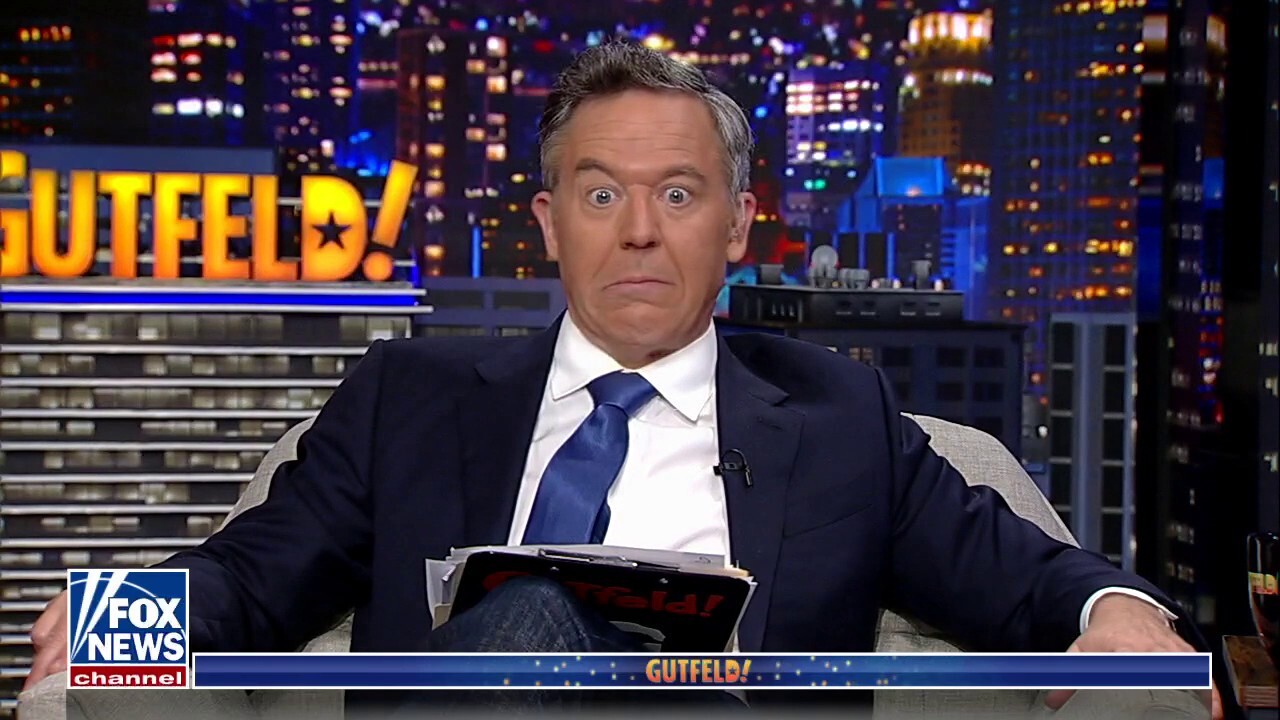 We are back after a long weekend, July 4th. Hopefully the fireworks didn’t freak out your pets or give Joe Biden flashbacks to the war of 1812. In either case, there’s a lot of carpets that need cleaning today.

GUTFELD: THE JANUARY 6 COMMITTEE IS A DISASTER

But it’s Americans who don’t like it. It’s like only one half of the country gets to enjoy July 4th while the other half must trash it, which is fine. I mean, if you want to make July 4th a right-wing holiday, we’ll take it. You can have Jane Fonda’s birthday, by the way happy 109th. She was great in the Joker.

But it’s not really the case that people hate July 4th. It’s just the people with the pedestals who want you to feel ashamed of this country. So if you’re a fan of America for just one day, somehow that’s a dog whistle. Like you’re celebrating the birthday of Hitler and not the cool one, Steve. I thought it was funny. The guy named Steve Hitler just didn’t think of changing his name.

I mean, they’re already mad that you’re having fun. You throw in family time, the old red, white and blue plus grilled meats. It’s more Americana than limousine lefties can bear. All that’s missing is a t shirt cannon filled with apple pie that you can shoot right into my face.

And so here they come. Barbra Streisand, Jessica Chastain, Bette Midler, Kerry Washington, Ron Perlman, Rob Reiner. They all weighed in. And with Michael Moore, that’s literal. Well, he said that until Roe is reinstated and Congress is 51% female, at any party or dinner that he’s invited to. He will only talk about abortion, which is funny – the assumption that he’s invited to parties. That’s like me saying, until Roe is reinstated, I will not be sleeping with chimpanzees. I know it’s the opposite. Until Roe is reinstated, I will not not be sleeping with chimpanzees. A little bestiality humor doesn’t go over well with this crew.

It’s the usual tripe, though their opinions are more meaningless than the instructions on a Pop Tart box. Reiner, who gets his cardio from hyperventilating on Twitter, called July 4th a strange thing to be celebrating, although not as strange as him celebrating a successful movie, something he hasn’t done in decades.

Meanwhile, that dying ember of wokeness, ESPN, featured an article called “Baseball. Barbecue and Losing Freedom this 4th of July,” well, that’ll ring a bell with Joe Sixpack at home watching the game. ESPN is now like watching MSNBC with a few baseball scores thrown in. It’s the only network that expects you to kneel for the anthem before every game.

Finally, our dear, inspirational, president weighed in. I wonder if liberty is under assault both here and abroad.

PRESIDENT BIDEN: Liberty is under assault, both here and abroad. In recent days, there’s been reason to think that this country is moving backward. That freedom is being reduced. That rights we assumed were protected are no longer.

Well, you know, that is a problem. I wonder who could be the president. Oh, I don’t have to. It’s you. You old coot. It’s pretty funny. They were talking about July 4th. Just one day. It’s not like a whole month called Pride. I get it. 30 days for RuPaul and one day for Ben Franklin. RuPaul does have better legs, though.

But that’s not the problem. According to a Gallup poll, the number of people who say they’re extremely proud of the country is dwindling. Like Joe Biden’s neurologist, we’re seeing a decline.

Why shouldn’t there be when you have a media, academia and entertainment repeating the idea that you are evil? It’s like they’re an abusive parent telling his or her kid that he or she is worthless. Guess what? It might rub off.

So now it’s not just religion being sidelined, but patriotism too. And the agnostics and the bashers. They’re not coming from some other country. They’re born here. They aren’t immigrants. They’re home grown. Why is that? Well, the people coming here, they get it. They know what they’re leaving. But the brats living here, they have no context. There’s no comparison. And now we mock the influences that would help them search for life’s meaning. So they just turn into empty vessels.

We removed God, family, patriotism, tradition, the very same words that make up Pete Hegseth’s tramp stamp. Oh, poor Pete. Yes. And what do you replace that with? Subservience without redemption.

Now, I don’t own a Bible or a flag. Legally, I’m not even allowed to own scissors. But I understand the importance of both. And you see it when both go missing, when they’re gone. Holy crap. The alternative is pretty scary.

The goal of the woke left is to replace religion with an ideology that demands the same obedience, but without the forgiveness of a religion. It’s insane. At least with religion, you get heaven. But with wokeism, you get hell on earth. And now it’s being done to patriotism. Because a love for your country is a shared experience among people of different pigments, which runs counter to identity politics. Identity politics only believes in empathy among people who share fixed traits.

So you and I cannot see eye to eye if my eyes are blue and yours aren’t according to the laws of intersectional wokeism. The only human who gets you has to be exactly like you.

DIRTBAG DEB: Therapy is so important. You have to share this trauma with someone who truly understands. That’s why I can only share these feelings with another anarchist. polyamorous they. Thank you, Doctor.

DIRTBAG DEB: My last therapist drove a car that uses gasoline, and she was happily married with two kids. I mean, how could someone like that ever help me? She would never get it.

DIRTBAG DEB: I’m a little short. Can I pay in a couple of weeks?

So, it’s no wonder patriotism which unites us over values and not race, is a threat to the left. Hence this two-step process – replace what unifies us with what divides us and erase redemption with historical guilt made as a permanent stain.

Could the death of patriotism follow the death of religion? Much like the death of a heavy drinker follows the death of his liver. Maybe. But July 4th is now kind of like a religious holiday. Purely optional. It’s not a patriotic birthday. It’s now just a reminder of the original sin of oppression. The sins of the father are now your own. There’s nothing you can do. There’s no confession, no forgiveness. There’s only apology after apology to the mob who sees them as appetizers. And you are the meal.

Greg Gutfeld currently serves as host of FOX News Channel’s (FNC) “Gutfeld!” (weekdays 11PM/ET) and co-host of “The Five” (weekdays 5PM/ET). He joined the network in 2007 as a contributor. He is the author of several books. His latest is “The Plus: Self-Help for People Who Hate Self-Help.” Click here for more information on Greg Gutfeld.