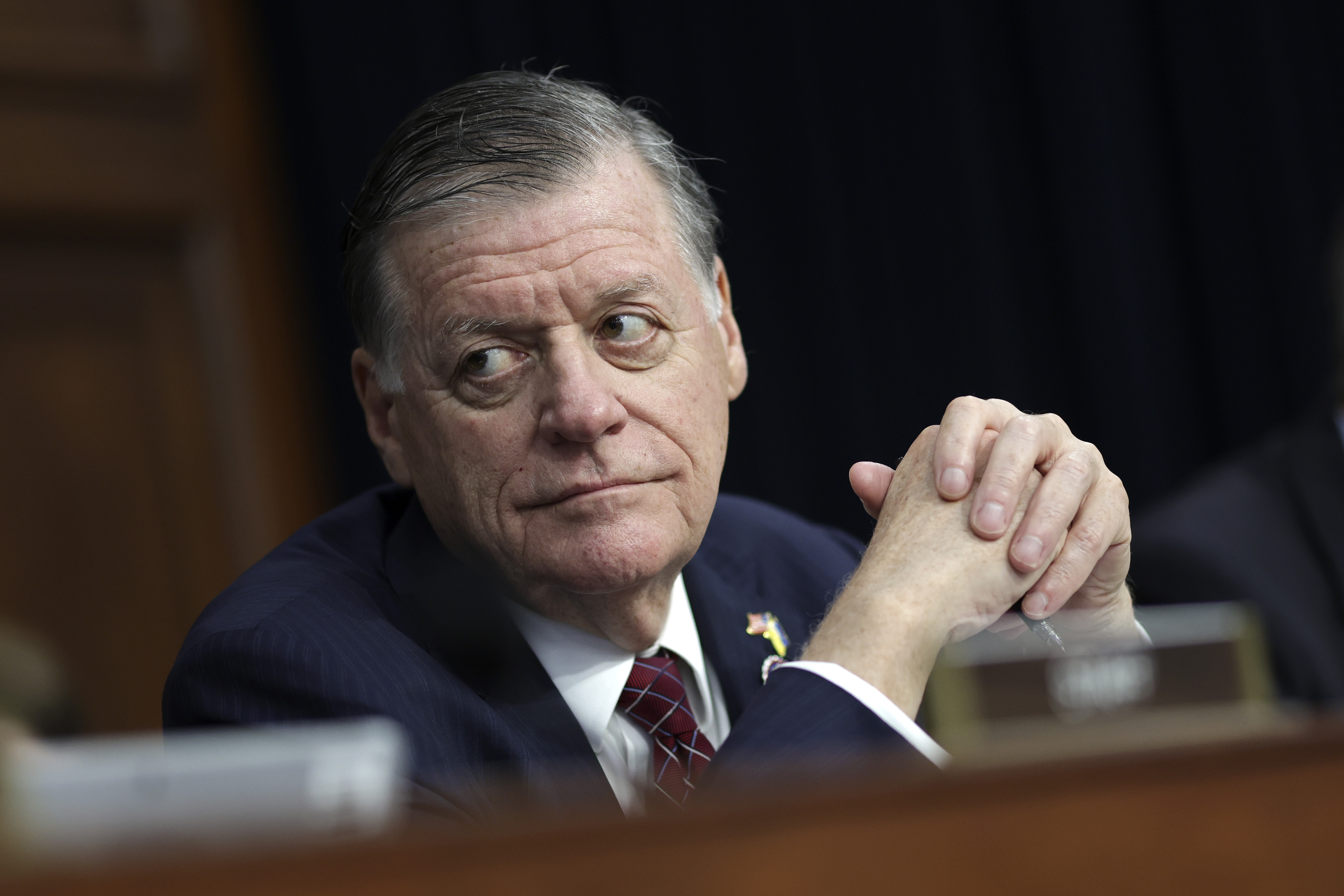 Still, House Democrats face this sobering fact: Republicans may not need to flip any districts that Biden carried in 2020 to reclaim the majority. Speaker Nancy Pelosi and her caucus are also staring down a coming wave of outside spending, which could swamp them in TV ads in the critical final weeks of the midterms. And historical precedence is not in their favor.

In all, Republicans need to net only five seats to win the gavel. And while Democrats may be poised to mitigate some losses, Republicans say there’s still little chance the party’s summertime surge can overcome the stacked map.

“I think we probably had a little bit of irrational exuberance during the course of the summer. No question that the president’s numbers, while bad, are better,” said Rep. Tom Cole (R-Okla.), a former House GOP campaign chief, who pegged his party’s gains around 20 to 25 seats, rather than the 60 that his party’s leader once predicted at the height of Democrats’ struggles.

“I always ask myself every morning, would I rather be us than them? And I’d rather be us,” Cole said. “And I think if they’re honest, they would say the same thing.”

Despite the undeniable shift in momentum toward Democrats, some Democrats say privately that a good night for their party would be limiting the GOP to single-digit gains. The drive to hold the majority has been hampered by an historic number of Democratic retirements, setbacks in redistricting and the fact that several Democratic incumbents are running in Trump-leaning territory.

While redistricting didn’t tilt as heavily to Republicans as some expected, the GOP emerged from the process with a healthy cushion of new GOP districts. They added deep red seats around Nashville, Atlanta and Houston and in eastern Montana. In Florida alone, Republicans are likely walking away with four new districts. Any path for a Democratic majority would mean erasing those gains by flipping GOP-held seats.

Democrats, meanwhile, were blocked by courts from enacting several potential gerrymanders in blue states, most notably in New York — though they did gain a few new deep blue seats as well.

While GOP operatives acknowledge some incumbents will be tougher to oust, such as Rep. Matt Cartwright (D-Pa.) and Jared Golden (D-Maine), they view other districts as easier lifts. Rep. Tom O’Halleran’s (D-Ariz.) seat was transformed into a district that Trump would have won by 8 points. About half of the Trump-Democratic seats are open and even Democrats acknowledge they will likely not be able to hold onto some of them. Those include a rural Wisconsin district and a seat in Michigan where Republicans nominated Army veteran John James, who has high name ID and a large donor pool from two past statewide runs.

“Those campaigns are going to be tough and difficult,” said Rep. Raúl Grijalva (D-Ariz.), though he predicted that “inevitability for Republicans is gone.”

Even that scenario reflects a massive shift in the political environment — and in Democrats’ expectations — since just a few weeks ago. Not only did the Supreme Court overturn Roe v. Wade and animate a previously flagging Democratic base, but former President Donald Trump has crept back into the national news cycle amid various investigations — all coinciding with a surprisingly productive summer for Democrats in Congress.

Where the map is looking better for Democrats

Their improved standing has shifted the House battlefield in two ways: A collection of Democratic districts Biden carried by more than 10 points in 2020 look far safer than they did two months ago, when private polling from both parties showed a slew of deep-blue districts could be in play. And a handful of Republican incumbents holding districts Biden carried in 2020 now look much more vulnerable, raising the possibility that Democrats can go on offense.

Democratic operatives are most hopeful about flipping the Michigan district where GOP Rep. Peter Meijer lost his primary, which Biden won by 9 points two years ago, and ones held by Reps. David Valadao (R-Calif.), Mike Garcia (R-Calif.) and Don Bacon (R-Neb.).

Others will be more difficult and some are not truly in play, thanks to strong and well-funded incumbents such as Rep. Brian Fitzpatrick (R-Pa.). But Democrats in those blue-leaning districts are campaigning heavily on abortion rights.

“It’s the top issue that I’m hearing about with a close second being the economy,” said North Carolina state Sen. Wiley Nickel, a Democrat running in a newly redrawn — and fiercely competitive — seat around Raleigh against former college football player Bo Hines. “It’s at the top of many voters’ minds, because we had these constitutional rights for 50 years and now the Republicans have taken them away.”

The same national trends Nickel is trying to ride in his tightly divided seat is the one that has moved more heavily Democratic districts off GOP target lists.

“It is going to be more challenging to win Biden double-digit races now than it was three months ago,” said Robert Blizzard, a veteran GOP pollster. “This is not 2010. You can’t just show up on election day with an ‘R’ next to your name and think you’re gonna win in November.”

“Democrats now have an energy boost, which could help save them some seats for sure,” he added.

Indeed, operatives in both parties acknowledge that more blue-leaning districts such as Rep. Greg Stanton’s (D-Ariz.) and Rep. Katie Porter’s (D-Calif.) now look far less competitive. Rep.-elect Pat Ryan (D-N.Y.), too, is in good position to win a full term in a redrawn, more Democratic district than the one he took in an August special election.

The problem for Democrats is that Republicans don’t need to win any of those reach seats to take back the House — they can still prevail with a shrunken target list. The size of their potential majority will be determined by the two dozen or so Democratic-held seats that Biden carried more narrowly.

The most competitive of those seats belong to Reps. Elaine Luria (D-Va.), Elissa Slotkin (D-Mich.) and Susan Wild (D-Pa.), joined by newly drawn, open seats in Colorado, North Carolina and Ohio. Others that Biden won by high single-digit margins, such as Reps. Angie Craig (D-Minn.), Abigail Spanberger (D-Va.) or Susie Lee (D-Nev.) will be tougher for Republicans to take.

Democrats insist they feel better about these districts in the aftermath of the Dobbs decision, which they believe will juice their voter turnout, persuade some independents and help their candidates avoid some drag from Biden’s numbers.

A collection of internal Democratic polls conducted in August in a dozen battleground seats, which were reviewed by POLITICO, showed Democratic candidates running, on average, more than 6 percentage points above Biden’s favorability rating in those districts. On the higher end of the spectrum were Wild and Rep. Dan Kildee (D-Mich.).

The party’s standing with voters was so bad earlier in the election cycle that everyone was getting swamped, Democrats note. Now that’s no longer the case.

“The reality is that four months ago candidates didn’t matter, and now we’re back in a world where candidates do matter,” said Jason Bresler, a Democratic consultant who was the Democratic Congressional Campaign Committee’s political director in 2018. He said the party has enough quality candidates to win districts even where there’s “over a 4-point deficit on the generic ballot.”

Republicans, though, say there are plenty of voters with other issues on their mind — namely, inflation.

“In most of the battleground seats this cycle, swing voters are pro-choice, yet they are much more concerned about economic issues than abortion,” said Dan Conston, the president of the Congressional Leadership Fund, the flagship House GOP super PAC.

“No question there’s been an uptick in Democrat enthusiasm, and that matters,” he said. “At the same time, the fundamentals of the election still lean Republican.”

Republicans are also set to benefit from a massive outside spending advantage, in large part thanks to Conston’s operation.

The Congressional Leadership Fund has already reserved $162 million in TV ads, including adding $37 million this week to its slate of targeted districts. House Majority PAC, the House Democratic counterpart, has reserved over $122 million.

“The X factor here is that we still don’t know just how much money CLF is going to dump on the heads of these candidates, but we know it’ll be enormous,” said former DCCC executive director Dan Sena. “Democrats crawled their way out of a hole because we’re more motivated to show up now and get in the fight like in 2018, but there’s still a sizable cash advantage that the other side has.”