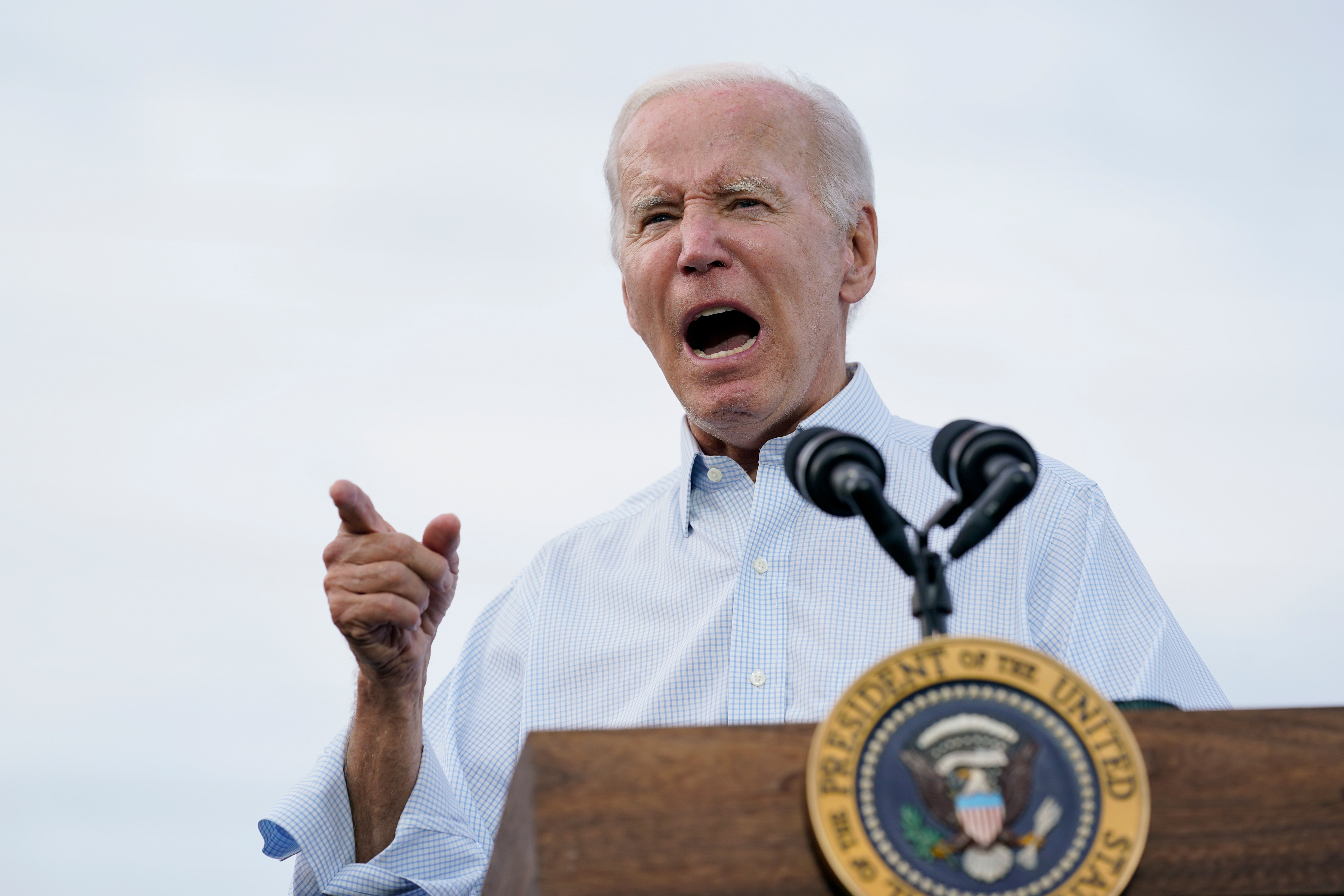 Republicans are questioning President Biden’s request for Congress to approve nearly $12 billion in additional aid to Ukraine this month over concerns the timing is meant to benefit Democrats ahead of the November midterm elections.

GOP lawmakers worry the White House is pushing the aid package because they know a portion of Republicans will vote against it without proper accountability metrics in place for how the money will be spent. Such opposition, they say, will then be used to unfairly smear all Republicans as isolationists or lackeys of Russian President Vladimir Putin on the campaign trail.

“This newest call from President Biden is simply a superficial midterm election gimmick that will only damage our country in both the short and long term,” said Rep. Andy Biggs, R-Ariz.

GOP lawmakers say that the timing of the funding request must be taken in context with Biden’s recent conduct, especially attempts to paint MAGA Republicans as a threat to democracy.

“We all want to help,” said Rep. Scott Perry. “But we also have to stand up for accountability for the American taxpayer and how their money is being spent and where.”
(Fox News Digital/Haris Alic)

“In the last five weeks, the federal government raided the former president’s home … [forgave] student loans at the same time the president is out speaking about half the country being ‘semi-fascists,'” said House Freedom Caucus Chairman Scott Perry, R-Pa. “The timing seems very political, the issues [around this aid bill] seem very political.”

A spokesman for the White House National Security Council told Fox News Digital that the funding request is based solely on what Ukraine needs on the battlefield to defend itself from Russian aggression.

Biden is requesting that lawmakers approve $11.7 billion in military and economic assistance to Ukraine by Sept. 30 – the deadline by which Congress must pass a government funding bill or risk a shutdown. The $11.7 billion is on top of an additional $2 billion the White House is requesting to address the impact that the war between Russia and Ukraine has had on the U.S. energy supply.

BIDEN AND CONGRESSIONAL DEMOCRATS HAVE SPENT ABOUT $3.8 TRILLION ON THEIR AGENDA SINCE INAUGURATION DAY

The new funding request comes after Congress passed $40 billion in military and humanitarian assistance to Ukraine in May. The legislation was $7 billion more than the White House initially said was needed to help Ukraine stave off collapse.

Overall, 57 Republicans in the House and 11 in the Senate opposed the package. Many argued it lacked sufficient accountability measures to prevent corruption. A last-minute push within the Senate to create an inspector general to oversee the aid was blocked by Democrats.

“It appears more and more MAGA Republicans are on the same soft-on-Putin playbook that we saw used by former President Trump,” said Senate Majority Leader Chuck Schumer, D-N.Y., after the bill passed.

President Biden is requesting that lawmakers approve $11.7 billion in military and economic assistance to Ukraine by Sept. 30. (AP Photo/Susan Walsh)

Republicans now worry Biden is setting them up to face similar attacks directly before the midterms. Part of that distrust centers on the fact that the White House never explicitly expressed how long it would take for the initial round of Ukraine aid to run out before needing to be replenished by Congress.

“We all want to help, we’re all appalled by what Russia has done in Ukraine,” said Perry. “But we also have to stand up for accountability for the American taxpayer and how their money is being spent and where.”

Administration officials have argued that the ambiguity results from the fluid nature of the war. Although unable to determine how long the aid will last, White House officials have an estimate of how much has already been used.

The new funding request comes after Congress passed $40 billion in military and humanitarian assistance to Ukraine in May.
(Ukrainian Presidential Press Office via AP)

Shalanda Young, the director of the White House Office of Management and Budget, put out a statement last week saying that approximately “three-fourths of the aid that Congress previously provided for Ukraine has been disbursed or committed.”

“The imperative here is recognized by a large bipartisan coalition in Congress and across the country, in the name of bedrock American values that go beyond any political party: Ukraine is calling for this aid in the name of democracy and sovereignty, as innocent people are being slaughtered,” an administration source close to Biden’s orbit told Fox News Digital.

Republicans say the White House has done little to provide Congress with transparency on how the money is being spent. They also say the administration has failed to explain their strategy for ending the war, arguing that voters have started to notice.

“You use it all you want as an election issue,” said Sen. Josh Hawley, R-Mo. “I can tell you that voters in Missouri – I’m asked about this constantly – why is it that we’re nation building in Ukraine, but can’t secure our own border?”