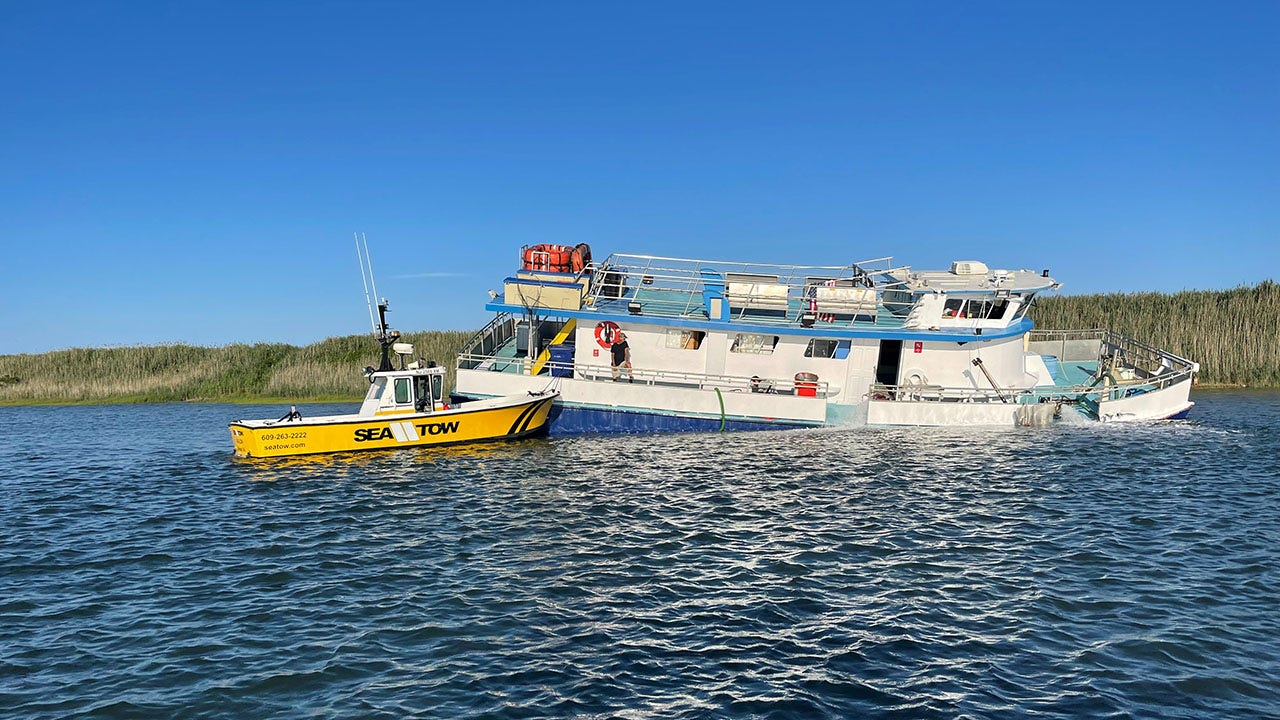 The U.S. Coast Guard (USCG) praised a Good Samaritan who helped rescue 22 passengers aboard a charter boat in New Jersey after the vessel apparently collided with a bridge and began taking on water.

The vessel suffered a gash to its starboard hull, resulting in a few compartments flooding, according to officials.

The Good Samaritan, who was not identified, removed all 22 passengers and ferried them to the docks in Sea Isle City, where emergency responders were waiting, the USCG said.

A Good Samaritan helped all 22 people aboard the sinking vessel to a dock in Sea Isle City, New Jersey.
(U.S. Coast Guard Mid-Atlantic)

“Thank you to all who responded to help out the passengers and crew,” the USCG wrote, adding the hashtag “people helping people.”

Dive operations determined there was no damage to the ship’s fuel tanks and no pollution had been reported in the waters, officials said.

Salvage crews were working to dewater the vessel while a damage and tow plan are created.

Starfish Boats has been in operation since the 1950s and offers fishing and party cruises, according to its website.

Sea Isle City is located about 23 miles from Cape May.