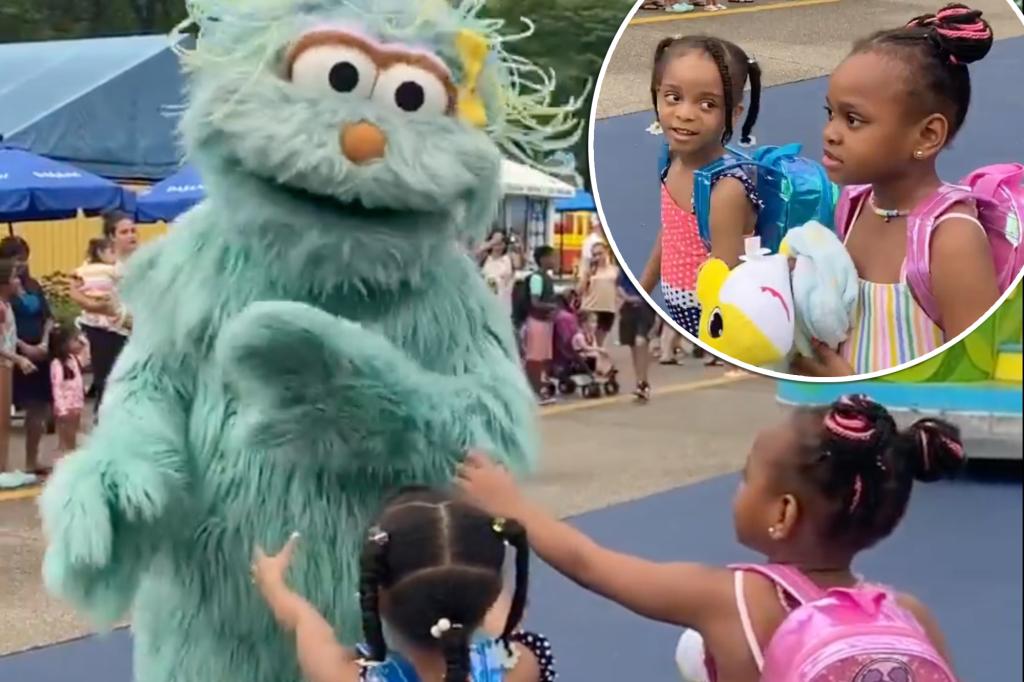 One of the black children who was snubbed by a Sesame Place character Monday is traumatized by the incident, the family’s lawyer said.

One of the young girls is reportedly isolating with their grandmother in an attempt to regain stability, B’Ivory LaMarr, the family’s attorney, told TMZ.

In a now-viral video, the sisters can be seen waving to Rosita in an attempt to interact with the character while in Philadelphia. However, the character ignores both girls and hugs a white child before moving on, as seen in the clip, which has racked up millions of views in multiple re-posts.

LaMarr said that both girls were overcome with emotion and incredibly upset that they were treated differently than the white child.

“Their hearts were completely shattered by a character,” said LaMarr in an interview with NBC10.

“And tickets are not cheap. This is something these young girls were looking forward to. Words can’t describe the type of grief they are going through right now.”

According to the lawyer, one of the girls asked their mom immediately after if she had done something wrong to warrant being ignored.

“Right after the character passed them, there was another little girl next to them who was of a different race and [Rosita] hugged her,” their mom Jodi Brown told CNN. “At that time I had already stopped recording the video. … I was upset so I stopped the video because I was like ‘what just happened?’”

“My daughter was just sad. She asked ‘ mom what did I do? What happened’ and I said you didn’t do anything. Some people are just mean people, ” Brown added.

LaMarr said that the move to isolate one of the girls with her grandmother is to help shield her from publicity in a safe environment. The family is also looking into getting the siblings into therapy to help them cope.

Sesame Place released a statement on Monday saying that the performer did not use the “no” hand gesture at “any specific person,” but was using a gesture to respond to multiple guests.

“The Rosita performer did not intentionally ignore the girls and is devastated about the misunderstanding,” read the statement.

“We spoke to the family and extend our apologies and invited them back for a special meet-and-greet opportunity with our characters.”

On Tuesday, Sesame Place announced that all staff will undergo bias training as a result of the incident.

“Those gorgeous girls will never forget that feeling,” said Rowland.

“You should be ASHAMED of yourselves for this pathetic statement!”

According to LaMarr, the family is considering filing a lawsuit against Sesame Place.