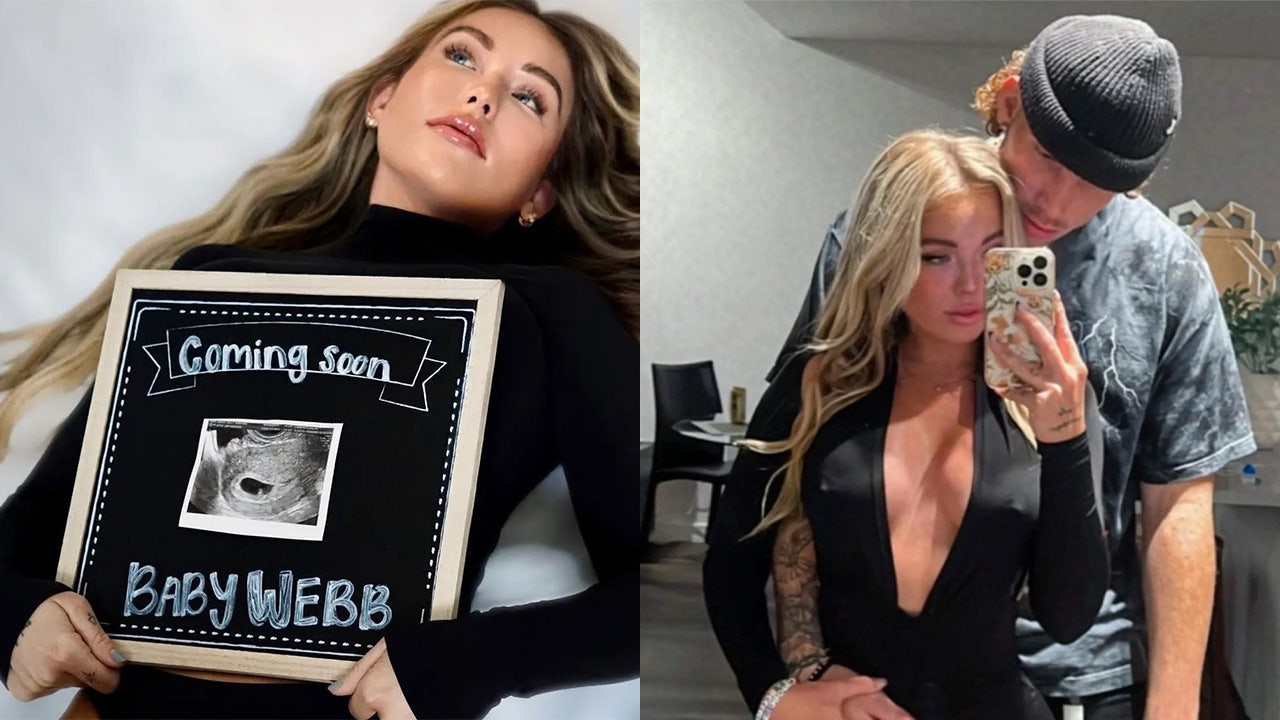 Model Kelly Kay, who was the girlfriend of late Oregon tight end Spencer Webb, announced Monday that she is pregnant with Webb’s baby.

Webb, who was 22 years old, died in July after hitting his head during a cliff-diving accident.

Kelly Kay, the girlfriend of Oregon tight end Spencer Webb, announced she is pregnant with his child.
(Instagram / @kellythekay)

“We created an angel before heaven gained one,” she wrote in the caption. “All you ever wanted was to be a father… I know you’ll be the best one from up above. Can’t believe I have to do it without you but knowing I’ll have a piece of you keeps me going. I can’t wait to meet the person that’s half you, half me. I love you forever, both of you.”

Kay posted a slideshow of photos, including a screenshot of a text conversation she had with Webb before he died.

In the message thread, Webb had told Kay, “Ima get you pregnant.”

Webb answered, “You think I won’t.”

Webb added, “You’re stuck with me.”

GIRLFRIEND OF LATE OREGON FOOTBALL PLAYER SPENCER WEBB POSTS TOUCHING TRIBUTE: ‘YOU WERE MY EVERYTHING’

Kay posted a slideshow of photos to Instagram, including a screenshot of a text conversation she had with Webb before he died.
(Instagram / @kellythekay)

“My best friend my twin flame the love of my life,” she wrote in the caption. “I’ve never loved anything as much as i love you. You were my everything, you gave me purpose, you showed me what it’s like to be cherished and valued and seen for me.”

“We had so many big plans,” Kay continued. “I don’t know where to go from here but I know you’ll be watching over me keeping me strong. You always put everybody else before yourself and I’ll try to hold the same kindness in my heart.”

Kay had previously made headlines after she streaked on the field at the Super Bowl in 2020.