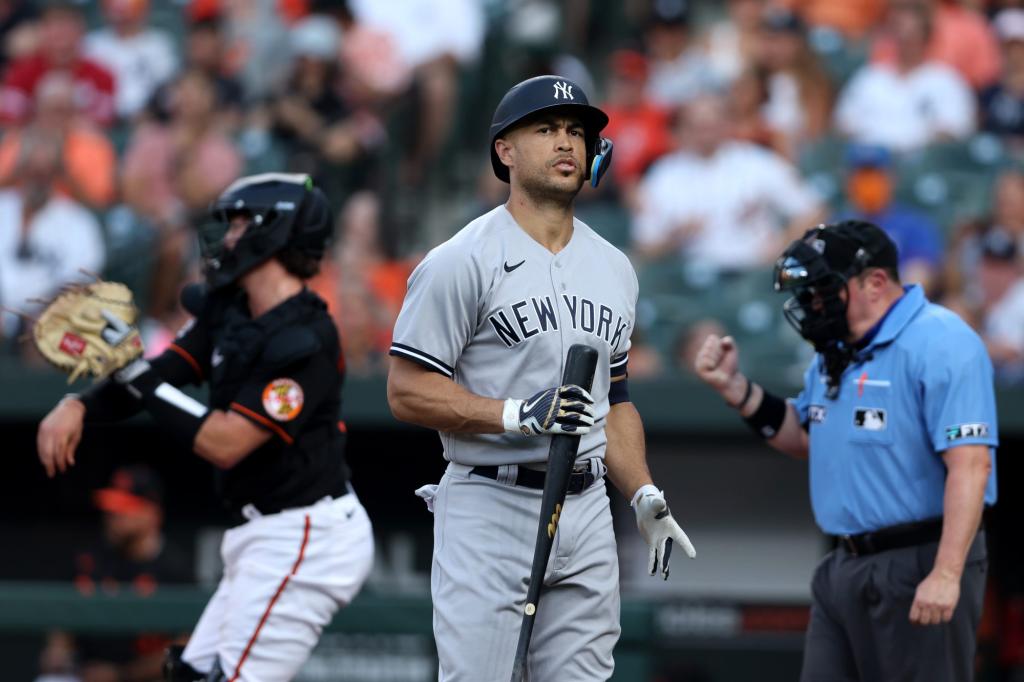 BALTIMORE — Giancarlo Stanton was held out of the lineup for a second straight game on Sunday, as Aaron Boone looks to get the slugger back into form, noting that he seemed to be “exhausted” heading into the All-Star break.

Boone and Stanton wouldn’t define any specific issue, but Stanton said they were trying to prevent any injuries that would require him to miss time.

Stanton, who was in the lineup for the nightcap of Thursday’s doubleheader in Houston and Friday’s series opener in Baltimore, said he was “beat up, overall, but I’m fine.”

Since returning from the All-Star Game, though, Stanton entered Sunday 0-for-10 with seven strikeouts.

After Monday’s off day, Stanton is expected to be in the lineup Tuesday at Citi Field against the Mets, likely in the outfield.

“I feel the time [off] gives him a little bit of a reset that serves him well,” Boone said. “I don’t want to push him through something now. … I think it’s wise to take a couple days right now and get him back to the wrecking machine he is.”

Boone also didn’t rule out Tommy John surgery for Michael King, who is back in New York for further evaluation for the fractured right elbow he suffered throwing a pitch on Friday.

“It’s probably a possibility, but we don’t know,” Boone said.

The right-hander will certainly need season-ending surgery to repair the fracture in the elbow, but Boone said they are still trying to determine if his ligaments are intact.

“We don’t know the extent of that,” Boone said when asked if there was ligament damage.

The difference would be significant, as King could return as soon as spring training if he only needs to repair the fracture.

Tommy John surgery, though, would jeopardize all of 2023.

With King out, Rob Marinaccio was returned from his rehab assignment following his IL stint due to right shoulder inflammation.

Shane Greene, who gave up a two-run homer on Saturday in his first appearance with the Yankees since 2014, was designated for assignment.