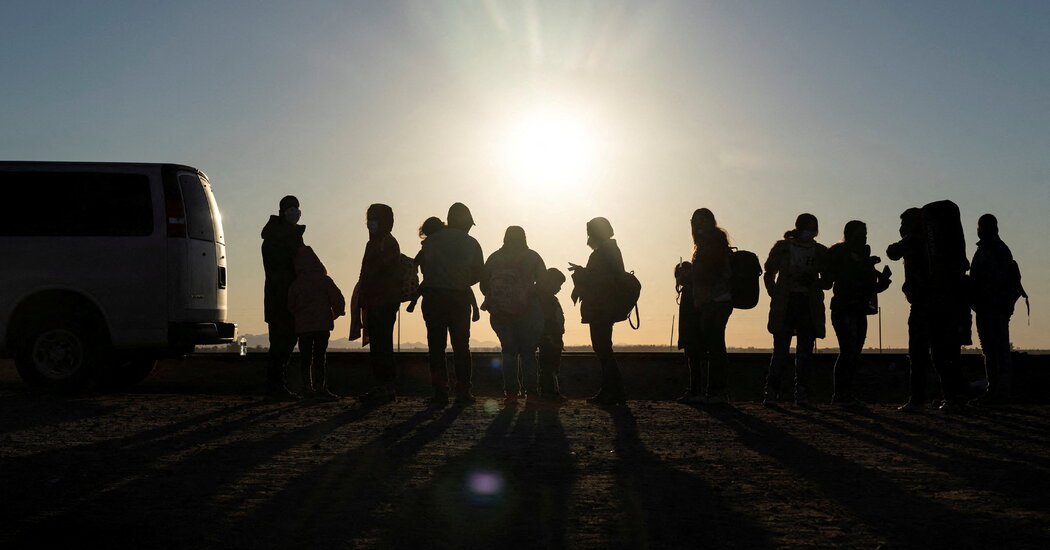 In the same campaign ad, Mr. Vance goes on to say that Mr. Biden’s immigration policy also meant “more Democrat voters pouring into this country” — explicitly asserting that unauthorized immigrants are crossing over and gaining access to the ballot to support the left.

Mr. Trump himself made that false claim in 2017, asserting without evidence that between three million and five million unauthorized immigrants had voted for Hillary Clinton. But the idea that immigrants, and Latinos specifically, are illegally entering the country to vote Democratic has been a fringe right-wing trope for years, said Mike Madrid, a Republican political consultant and co-founder of the Lincoln Project.

The difference is that purveyors of the idea have become much more “brazen and overt,” he said. “It is all part of this sense of an invasion and a lost America and that Democrats are trying to steal elections.”

Rhetoric on immigration started heating up last year amid an influx of asylum seekers and migrants from Haiti, Guatemala and Honduras. In Texas, Gov. Greg Abbott and local officials described illegal immigration as an “invasion” as Mr. Abbott unveiled plans to finish Mr. Trump’s border wall.

It’s only intensified with the midterm campaign season. Since January, Republican candidates in 18 states have run ads mentioning the border and slamming illegal immigration, including Wisconsin, Pennsylvania and Michigan, according to AdImpact, which tracks ad spending. In the same period in 2018, that number was only six, and most of the ads ran in Texas.

At least one ad warns of an “invasion,” and others carry echoes of the “great replacement” trope, a racist conspiracy theory falsely contending that elites are using Black and brown immigrants to replace white people in the United States.

In Alabama, a re-election ad for Gov. Kay Ivey shows a photo of Latinos at a border crossing wearing white T-shirts with the Biden campaign logo and the words, “Please let us in.” If Mr. Biden continues “shipping” unauthorized migrants into the United States, Americans could soon be forced to learn Spanish, Ms. Ivey says, adding: “No way, José.”