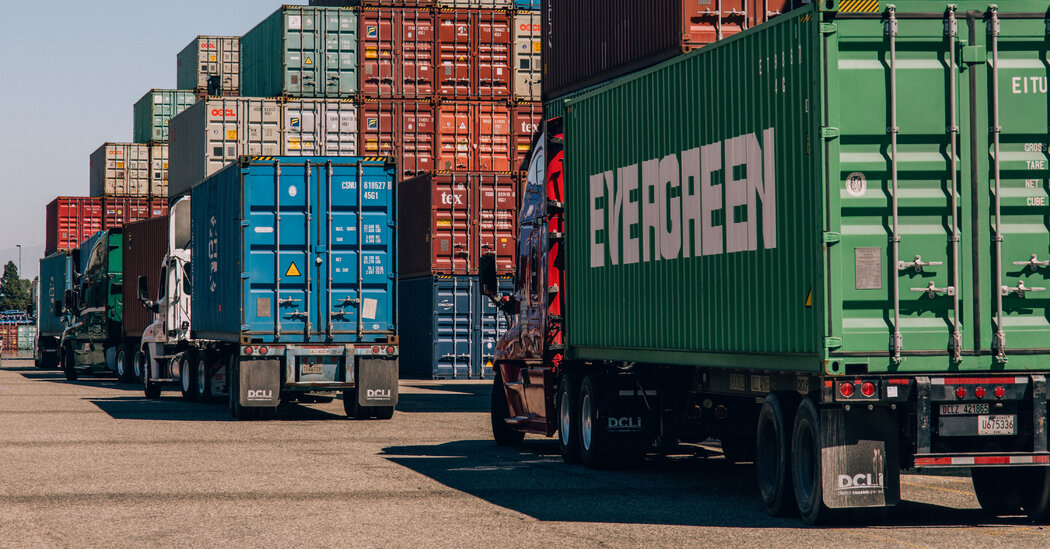 Consumers and businesses in the United States are continuing to buy far more foreign goods than America exports overseas, resulting in an ever-widening trade deficit that weighed on economic growth figures released Thursday.

Demand by American businesses for foreign petroleum and other industrial products surged in March, while households bought more foreign cars and other consumer products, an estimate of trade data released by the Census Bureau on Wednesday showed.

U.S. exports also hit a record in March of $169.3 billion, but they were far outpaced by imports, which reached $294.6 billion. As a result, the trade deficit in goods widened nearly 18 percent to $125.3 billion last month, a record figure.

Those trade flows depressed America’s economic growth figures for the first quarter, since the trade deficit is subtracted from the nation’s gross domestic product. Real gross domestic product, adjusted for inflation, declined 0.4 percent in the first quarter of 2022, following an increase of 1.7 percent in the fourth quarter of last year. But the data reflect a mix of economic factors, not all of them negative.

U.S. demand for imports has been buoyed by the strength of the American economy, which remains more robust than that of most foreign nations, and consumer spending and business investment were solid in the first quarter.

But slower growth in inventories shaved close to a percentage point off G.D.P. growth, while the ballooning trade deficit subtracted more than three percentage points from the figure.

Importers and exporters have faced a litany of challenges over the past two years, with companies trying to cram record volumes of consumer goods through ports, warehouses and trucking lanes as the pandemic sapped their work forces.

Congestion in some parts of the supply chain, like the U.S. trucking industry, appears to have eased in recent months, but new complications have arisen in other areas, stemming from the war in Ukraine and the continued global toll of coronavirus.

A report from analysts at Bank of America this month said the trucking capacity available to shippers had reached its highest level since June 2020, while rates for truckload shipments have fallen in the last month.

Russia’s invasion of Ukraine has also disrupted flows of energy, food and other commodities, rupturing supply chains and sending prices of some goods soaring. And China, home to much of the world’s manufacturing, is imposing sweeping lockdowns to keep the coronavirus from spreading.

Tracking by Flexport, a freight forwarder, shows it took an average of 112 days to ship a container from China to the United States as of April 23, compared with fewer than 50 days before the pandemic. The measure fell slightly earlier this year, but has crept back up in recent months.

Shipping rates have also eased slightly, but remain far higher than they were two years ago.