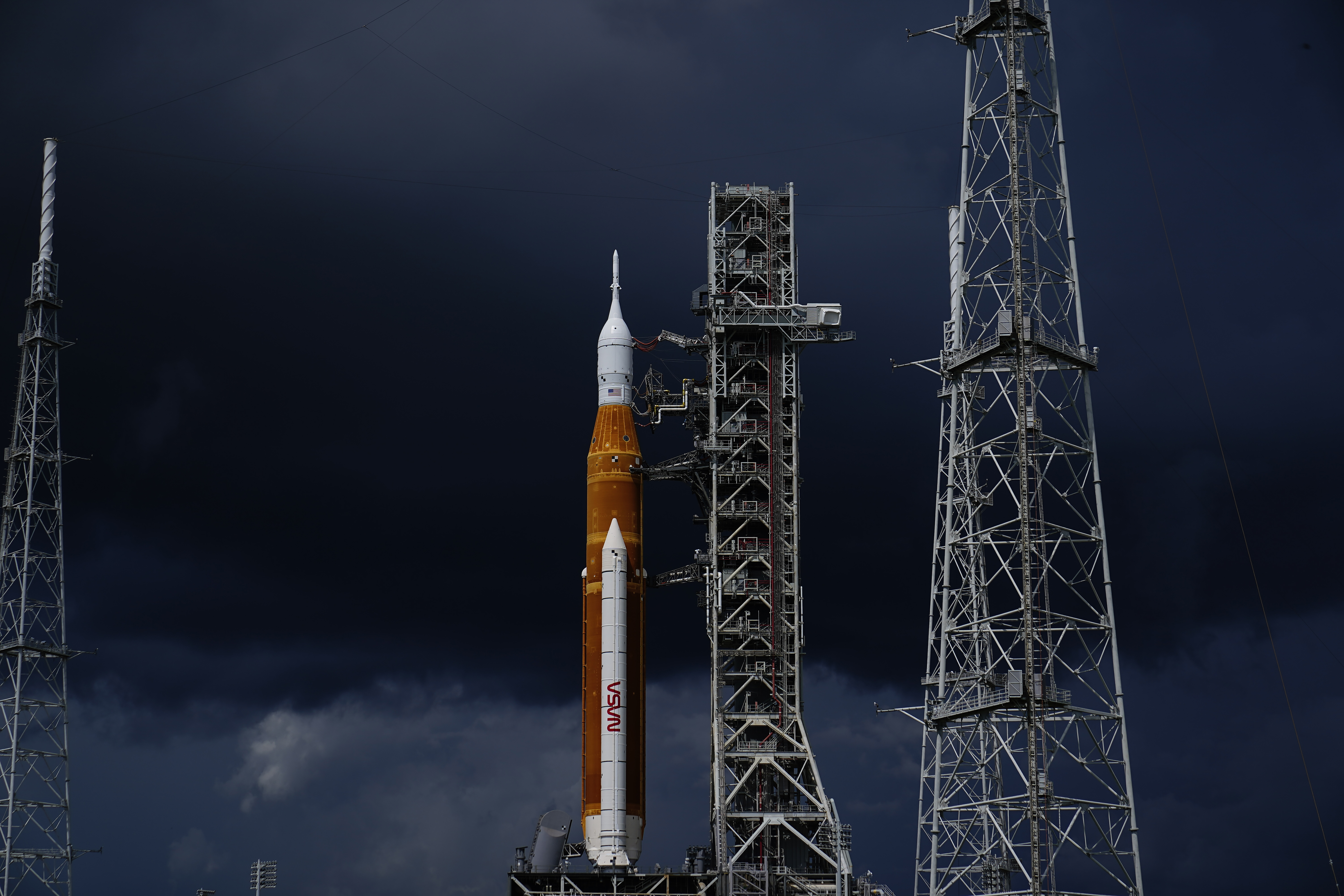 The NASA moon rocket stands on Pad 39B before the Artemis 1 mission to orbit the moon at the Kennedy Space Center, Friday, Sept. 2, 2022, in Cape Canaveral, Fla. | Brynn Anderson/AP Photo

The first attempt earlier in the week was also marred by escaping hydrogen, but those leaks were elsewhere on the 322-foot rocket, the most powerful ever built by NASA.

Launch director Charlie Blackwell-Thompson and her team tried to plug Saturday’s leak the way they did the last time: stopping and restarting the flow of super-cold liquid hydrogen in hopes of removing the gap around a seal in the supply line. They tried that twice, in fact, and also flushed helium through the line. But the leak persisted.