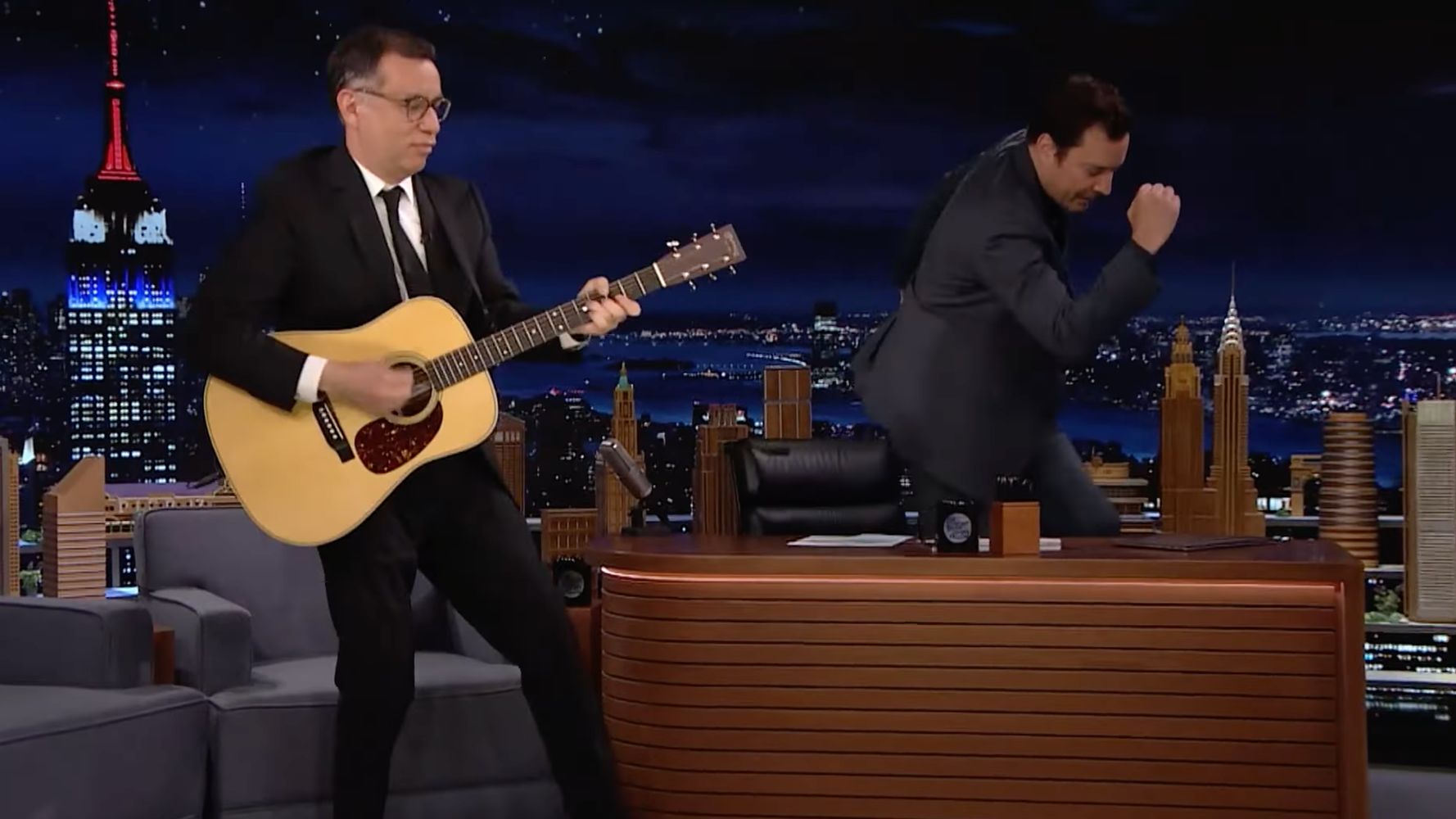 Comedian and musician Fred Armisen didn’t need a passport as he traveled through international guitar styles during a “The Tonight Show” appearance on Friday.

Armisen, the bandleader for host Jimmy Fallon’s late night NBC counterpart “Late Night with Seth Meyers,” broke out his guitar to showcase his renditions of artists in Australia, England and other countries.

Armisen began his international impersonations bit with a light jab at Australian musicians.

″[They play] minor chords into major chords really quickly,” he said before starting to sing with a wide mouth and strum his guitar.

He later transitioned into mocking guitarists in England.

“It’s very syncopated,” he said as he began to play.

“I saw her by the river bend. A statue-esque silhouette.”

You can watch the two trade jokes about everything from Pope Francis’ Big Gulp cup to “the regular family they don’t like” below.