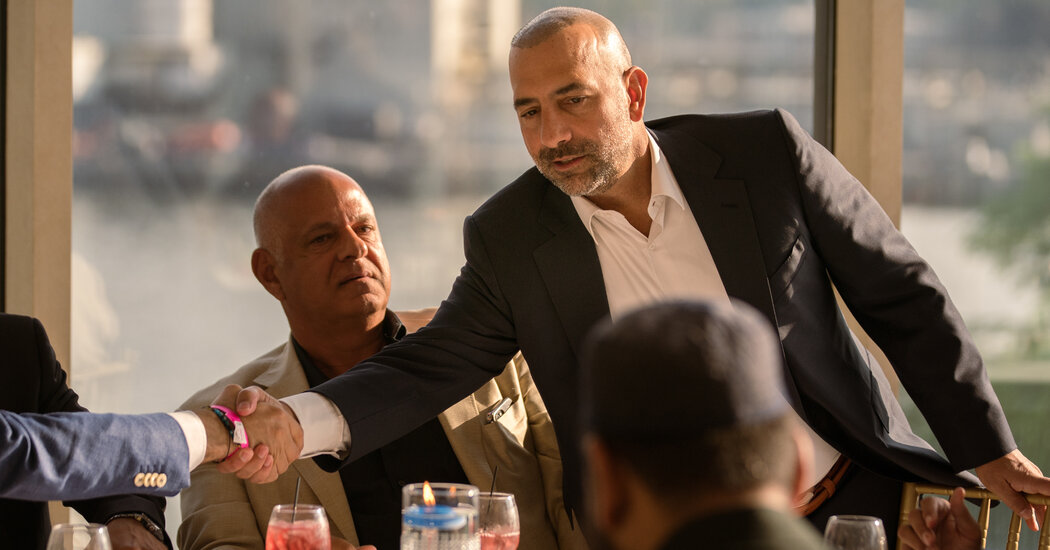 One of Mayor Eric Adams’s closest advisers, who has helped formulate and work out some of the mayor’s thorniest policy challenges, has informed administration officials that he will resign at the end of the year.

The adviser, Frank Carone, a former power broker in the Brooklyn Democratic Party who helped fuel Mr. Adams’s rise in politics, had served as his chief of staff since January.

His exit is the first major departure of the Adams administration. Emma Wolfe, the last chief of staff for Mayor Bill de Blasio, stayed in that role for nearly all of his second term and worked in his administration for eight years.

Mr. Carone said in an interview that he had always intended to stay in government for only one year and that he planned to serve as a chairman on Mr. Adams’s re-election campaign in 2025.

“I wanted to recruit the team, take a deep dive into agencies and build a culture for that team of no drama and getting things done,” Mr. Carone said.

Some of Mr. Carone’s past business dealings have drawn scrutiny, including his representation of landlords involved in an affordable housing deal and his involvement with a group of doctors accused of insurance fraud. Mr. Carone was also criticized for having a financial stake in a police tool that Mr. Adams promoted as Brooklyn borough president, and for failing to disclose his legal work for a homeless shelter provider.

As the mayor’s chief of staff, Mr. Carone has largely avoided controversy, helping Mr. Adams behind the scenes to respond to one crisis after another: the pandemic, the killing of two police officers in January, high crime rates, an influx of asylum seekers from Latin America, a staffing crisis in city government and concerns over the city’s economic recovery.

But Mr. Carone has traveled extensively this year, more often and farther afield than might be expected for a New York City official. Mr. Carone has said that his travel — including trips to Sweden for a global meeting on dyslexia, and to South Korea and Israel — was necessary to discuss policy issues and to create business opportunities for the city.

Mr. Carone said that the city generally paid for his trips when they were for city-related business, though there were exceptions. The government of South Korea paid for his trip to that country; he added that he sometimes pays for his travel himself.

Mr. Carone has also met with business leaders who want to run casinos in the city, including Rob Goldstein, the chief executive of Las Vegas Sands, and Steven A. Cohen, the hedge fund manager and Mets owner, according to his detailed schedules, which were recently released through a Freedom of Information request by The New York Times.

His schedules revealed that Mr. Carone met frequently with the city’s elites at Casa Cipriani, a private club on the water in Lower Manhattan where he is a member. He also had lunch on June 2 with Philip Banks III, the deputy mayor for public safety, and Patrick J. Lynch, the president of the Police Benevolent Association, at the Odeon restaurant near City Hall.

Mr. Carone said that he pays for his membership at Casa Cipriani and for all of his meals at nice restaurants, adding there was “no reason to eat poorly” while doing the city’s business.

Mr. Adams noted in an interview that Mr. Carone had worked on major projects like bidding on the Democratic National Convention in 2024 and repairing a dilapidated waterfront stretch of the Brooklyn-Queens Expressway.

“In the day-to-day madness, someone needs to be looking at those big-ticket items,” Mr. Adams said.

The mayor said that he had asked Mr. Carone, a trusted friend and longtime adviser, to help him get his footing as mayor and to “get some W’s under our belt,” in reference to wins.

No replacement for Mr. Carone has been announced.

His financial disclosures reveal that Mr. Carone has had a lucrative career, including more than $500,000 in income last year and a Florida estate, according to Politico.

Mr. Carone said that part of his job was managing relationships with state and federal officials, including Gov. Kathy Hochul’s office. Mr. Adams and Ms. Hochul have had a better relationship than their predecessors, though fissures have emerged over bail reform.

Karen P. Keogh, the secretary to Gov. Hochul, said in a statement: “It’s been hugely helpful to have a reliable partner in City Hall, and Frank’s willingness to work together has helped Governor Hochul and Mayor Adams forge an historically productive relationship.”