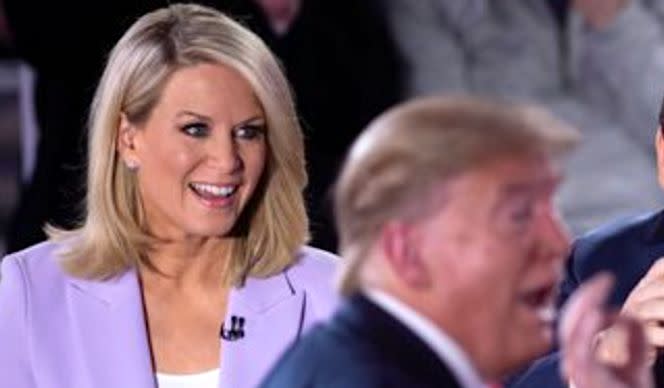 Fox News anchor Martha MacCallum on Tuesday called out the “stunning” absence of proof to support Donald Trump’s election-fraud claims during the latest hearing on the Jan. 6, 2021 attack, The Hill reported.

MacCallum said a rift among Republicans over whether to buy into the former president’s continued allegations of cheating will be exploited by the Democratic-dominated House panel investigating the Capitol riot, according to the news outlet.

“The lack of evidence is the huge stunning clear moment here where these people are saying, ‘Look I supported you, please give me something to work with,’ and it simply doesn’t materialize,” MacCallum said, per The Hill.

“There was no ― no evidence being presented of any strength … anything that would say to me, ‘You have a doubt. Deny your oath.’ I will not do that,” Bowers said of Trump’s fraud claims.

Trump in May accused Fox News, which amplified Trump’s lies about the 2020 results and got sued for it, of failing to spread his falsehoods. He said it decreased the conservative channel’s ratings.

“That’s the one subject they don’t want to talk about,” the ex-president said.

McCallum on Tuesday said the hearings could influence Trump’s decision on whether to run in 2024.

“We never wanna see what we saw happen on Jan. 6 at the Capitol ever happen again,” she added.