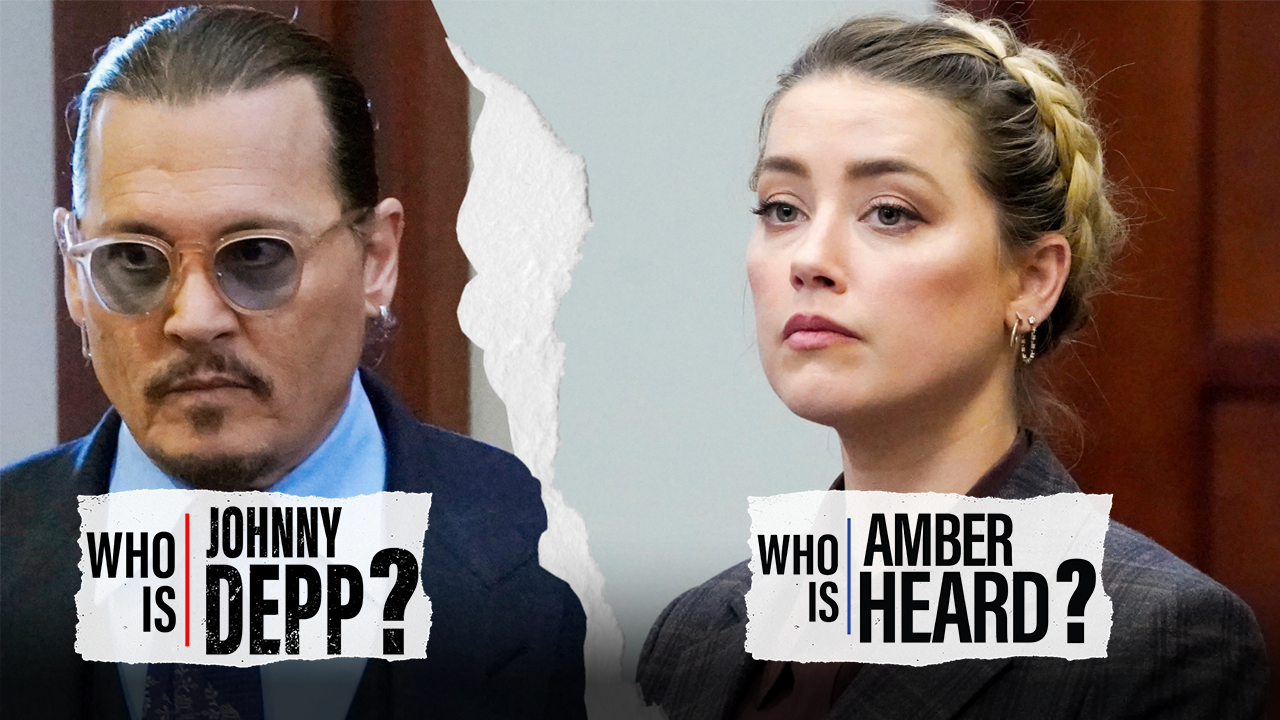 Streaming now on Fox Nation: Who is Johnny Depp?

Eccentricity and darkness are at the heart of Hollywood icon Johnny Depp’s acting persona, but what about when the cameras aren’t rolling? As America gets a front-row seat to Depp’s defamation trial, everyone’s wondering what fact is and what is an act.

America is getting front-row seats to one of the biggest celebrity court cases, as Hollywood icon Johnny Depp is suing his ex-wife Amber Heard for $50 million.

Now, Fox Nation takes a deep dive into the couple’s toxic marriage with two thought-provoking specials — “Who is Johnny Depp?” and “Who is Amber Heard?” hosted by Fox News’ Brian Kilmeade.

As the pair face off in a bombshell defamation trial that began in Fairfax, Virginia on April 11, the Hollywood couple accused each other of physical and emotional abuse

Depp, 58, is suing Heard, 36, for $50 million over a 2018 op-ed she wrote for the Washington Post alleging she was the victim of domestic abuse.

Heard is also counter-suing her ex-husband for $100 million, accusing him and his former attorney of conspiring to “destroy and defame” her.

The shocking trial leaves fans wondering, is one of Hollywood’s most beloved actors really capable of such heinous acts? Or has Depp been on the receiving end of the violence described in the daily court sessions?

The Fox Nation special “Who is Johnny Depp?” takes a look at “The Pirates of the Caribbean” star’s life growing up and how the celebrated actor rose to fame prior to meeting the woman with whom he’d come to have a most public battle.

As Kilmeade’s special explores, the younger Depp had a troubled childhood and endured an abundance of violence at the hands of his mother.

In his early teens, the actor was described as “unruly,” as he resorted to smoking, drinking, and even dabbling in drugs. Marshall described Depp’s behavior as “trauma” and said the actor may have numbed his pain with substances.

Could Depp’s traumatic childhood have impacted his relationship with his ex-wife Heard?

Long before the now infamously volatile relationship, Heard herself was a rising star and successful actress.

Fox Nation takes a deep dive into the couple’s toxic marriage with two thought-provoking specials — “Who is Johnny Depp?” and “Who is Amber Heard?” hosted by Fox News’ Brian Kilmeade.
(Fox News)

In a second installment of the Fox Nation special, “Who is Amber Heard?” viewers get a behind-the-scenes look at the American actress, model and activist, whose own childhood bore striking similarities to her ex-husband’s.

Heard had been raised in a conservative family in Austin, Texas, and has reportedly mentioned her father was violent towards her mother growing up.

As the special explores, she and her younger sister, Whitney, grew up learning how to hunt, fish and even operate a gun — before the “Aquaman” actress left her small town behind after her best friend was killed in a car accident and that shook her faith in God.

Heard headed to New York to pursue a career in modeling, but quickly switched gears after realizing she wanted to be in Hollywood — a decision that ultimately led her to meet Depp.

Now, Fox Nation subscribers can explore the Hollywood couple’s tumultuous past and what led them to the $50 million defamation trial that has America’s eyes peeled in the special documentaries, “Who is Johnny Depp?” and “Who is Amber Heard?” now available to stream.

Fox Nation programs are viewable on-demand and from your mobile device app, but only for Fox Nation subscribers. Go to Fox Nation to start a free trial and watch the extensive library from your favorite Fox News personalities.