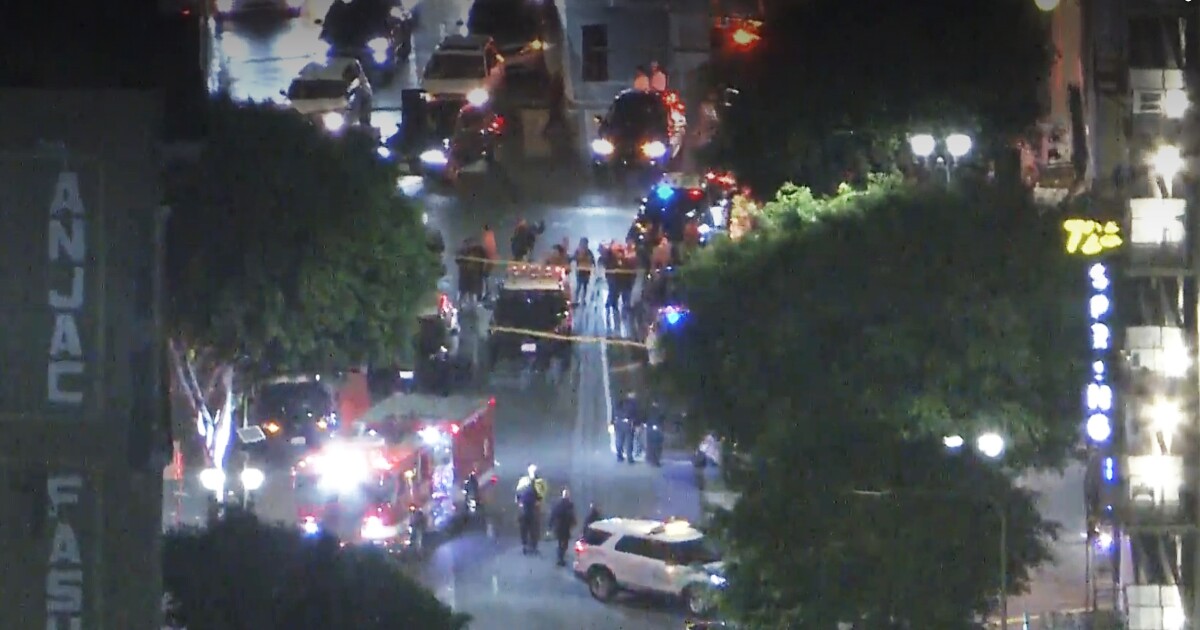 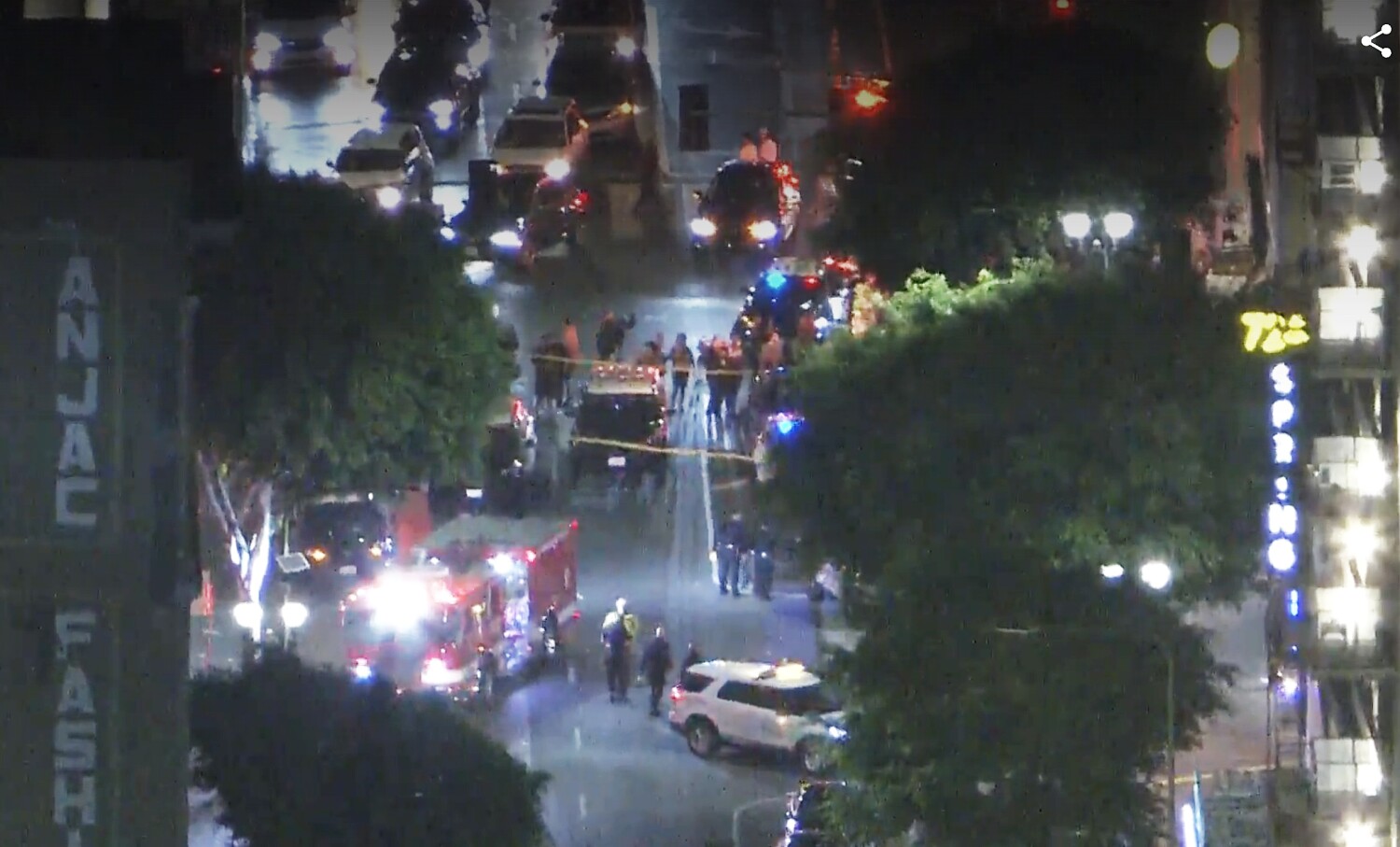 Authorities are searching for suspects believed to have shot four people in downtown Los Angeles on Thursday night.

Police received a radio call at 9:35 p.m. reporting an assault with a deadly weapon in the area of 7th and Spring streets, said Officer Annie Hernandez, a Los Angeles Police Department spokesperson.

Officers found three victims, two men and one woman, when they arrived, Hernandez said. They later found a fourth victim, a man.

Hernandez said all four victims were shot and were in stable condition.

The suspects, believed to be four or five men, ran from the scene in an unknown direction, Hernandez said.

The officer did not have further information about the shooting, what prompted it or descriptions of the suspects.

A Los Angeles Fire Department representative could not be reached for information about medical transports.