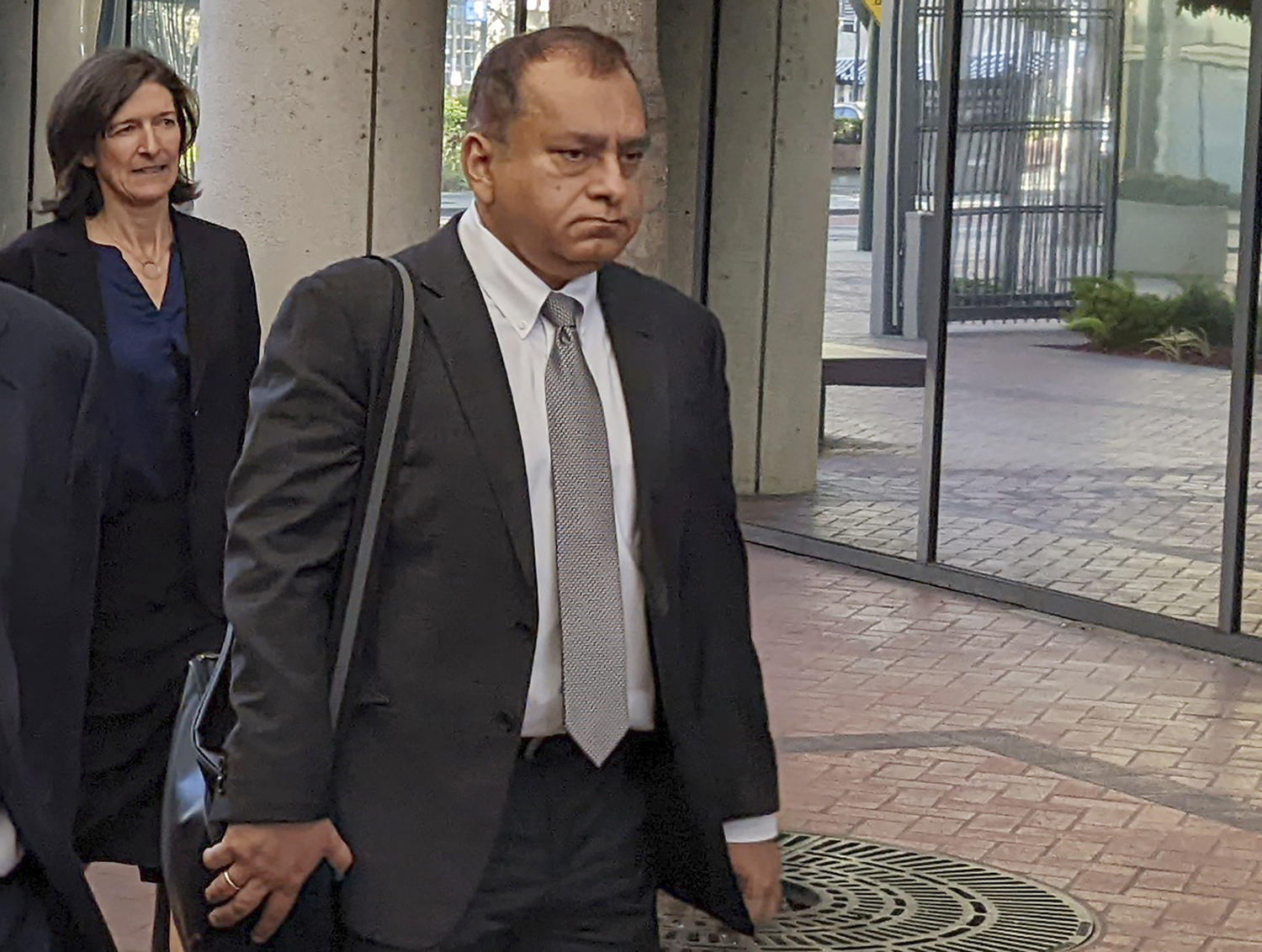 The outcome puts Balwani and Holmes in similar situations. Holmes was convicted on four counts of investor fraud and conspiracy earlier this year. During that trial, Holmes tearfully accused Balwani of sexually and emotionally abusing her while the two were romantically involved. An attorney for Balwani has vehemently denied those charges.

The dual convictions represent a resounding victory for federal prosecutors, who seized on the Theranos case as a rare opportunity to hold ambitious entrepreneurs accountable for engaging in technological hyperbole while pursuing fame and fortune. In the process, they hoped to discourage the practice of making bold and unproven promises about still-nascent products — a startup strategy known as “fake it until you make it.”

“We are gratified by the jury’s hard work and attentiveness to the evidence presented. We appreciate the verdict and look forward to the sentencing proceedings,” U.S. Attorney Stephanie Hinds said outside the courthouse.

Balwani didn’t respond to requests for comment as he left court with his legal team.

After the verdicts were read and the jury was dismissed, Balwani walked over to his two brothers who were sitting behind him for what appeared to be a solemn discussion. The three stood quietly, heads bowed.

While Holmes insinuated during her trial that Balwani manipulated her into making poor choices, Balwani’s lawyers explicitly sought to shift all the blame for any misconduct squarely on Holmes.

As part of Balwani’s defense, the lawyers pointed out that Holmes was not only CEO, but also a Silicon Valley star who persuaded investors to pour nearly $1 billion into Theranos. Holmes boasted that her company had found a way to scan for hundreds of potential diseases with a device called the Edison that could test just a few drops of blood taken with a finger prick. Such technology could potentially revolutionize healthcare.

But it turned out that the Edison never worked properly, providing faulty test results that Theranos conducted as part of a deal to set up mini labs in Walgreen’s pharmacies. The flaws in Theranos’ vaunted technology prompted Holmes and Balwani to shift their testing to conventional machines made by other vendors and while drawing vials of blood from patients’ veins — a far cry from Holmes’ promises.

After committing about $15 million of his own money to bolster Theranos and then becoming the company’s chief operating officer in 2010, Balwani eventually oversaw the blood-testing lab that was delivering the inaccurate results and supervised the Walgreen’s deal. That crucial detail may have influenced the jury to convict him of defrauding patients while another jury acquitted Holmes on the same charges.

Balwani also prepared many of the projections about Theranos’ future revenue that helped the company raise money from investors Those forecasts proved to be grossly exaggerated.

Unlike Holmes, who spent seven days on the witness stand during her trial, Balwani didn’t testify in his own defense. After Holmes’ trial, jurors who were interviewed by the media said they found her to be likeable if not entirely credible.

“The reason he didn’t testify is probably because he knows he doesn’t have Elizabeth’s charisma,” said Jill Huntley Taylor, a longtime jury consultant who also assists with trial strategy.

Balwani’s decision not to tell his side of the story left jurors to make their decision based solely on the evidence, which included testimony from witnesses who depicted him as an often abrasive executive.

“Just because the jurors didn’t hear from Balwani didn’t mean they couldn’t form opinions of him,” Huntley Taylor said.

Balwani’s defense mirrored Holmes’s in one key aspect: Both depicted the pair as tireless workers who believed so deeply in Theranos’ technology that they never sold their respective stakes in the Palo Alto, California, company. At one point in 2014, Holmes’ fortune was estimated at $4.5 billion while Balwani’s Theranos holdings were valued at $500 million.

But everything began to unravel in late 2015 after a series of explosive articles in The Wall Street Journal exposed rampant problems with Theranos’ technology. By May 2016, Holmes had dumped Balwani as her business and romantic partner. Holmes is now the mother of an infant son fathered by her current partner, Billy Evans, who was by her side through most of her trial.