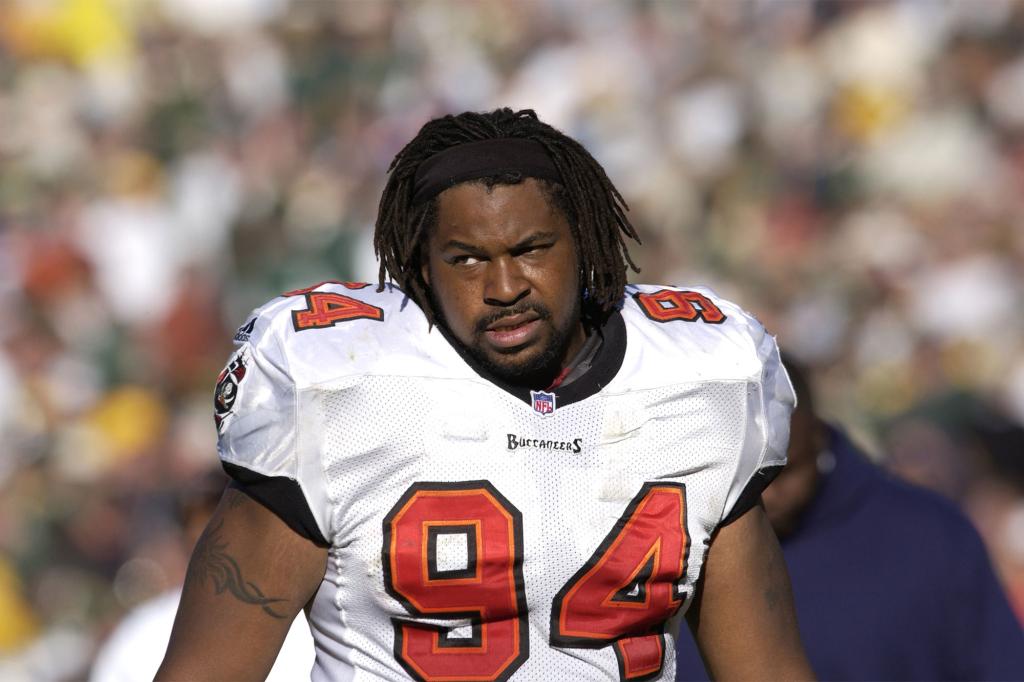 Defensive end Steve White, who spent seven seasons in the NFL with the Buccaneers and Jets, died Tuesday at 48.

White, who was diagnosed with chronic lymphocytic leukemia, announced in April that he needed a bone marrow transplant.

Friends and former teammates paid tribute to him on social media.

“RIP Steve White #94 in your Program but #1 in Our hearts!!,” Hall of Fame Bucs teammate Warren Sapp tweeted.

Buccaneers teammate Tyoka Jackson tweeted, “#RIP to my road game roommate @sgw94. My condolences go out to his wife, children, family and friends. The memories, the fun, the conversations will never be forgotten.”

The Eagles drafted White out of Tennessee University in the sixth round of the 1996 draft but Philadelphia waived him in the preseason and was signed by Tampa Bay.

His highlight came in the 1999 NFC divisional playoffs, when he registered seven tackles, two sacks and one forced fumble against Washington. The two sacks totaled 20 yards and his forced-fumble led to Tampa Bay’s go-ahead touchdown in the 14-13 win. For his performance, White was named Defensive Player of the Week.

“Just heard my teammate @sgw94 passed away,” tweeted former Tampa Bay quarterback Shaun King. “Condolences to his loved ones. Always had am encouraging word for me when I was a young player with the @Buccaneers.”

White ended his career with the 2002 Jets, playing for head coach Herm Edwards who was familiar with White, having been on the coaching staff in Tampa Bay.

White later contributed as a writer to SB Nation.