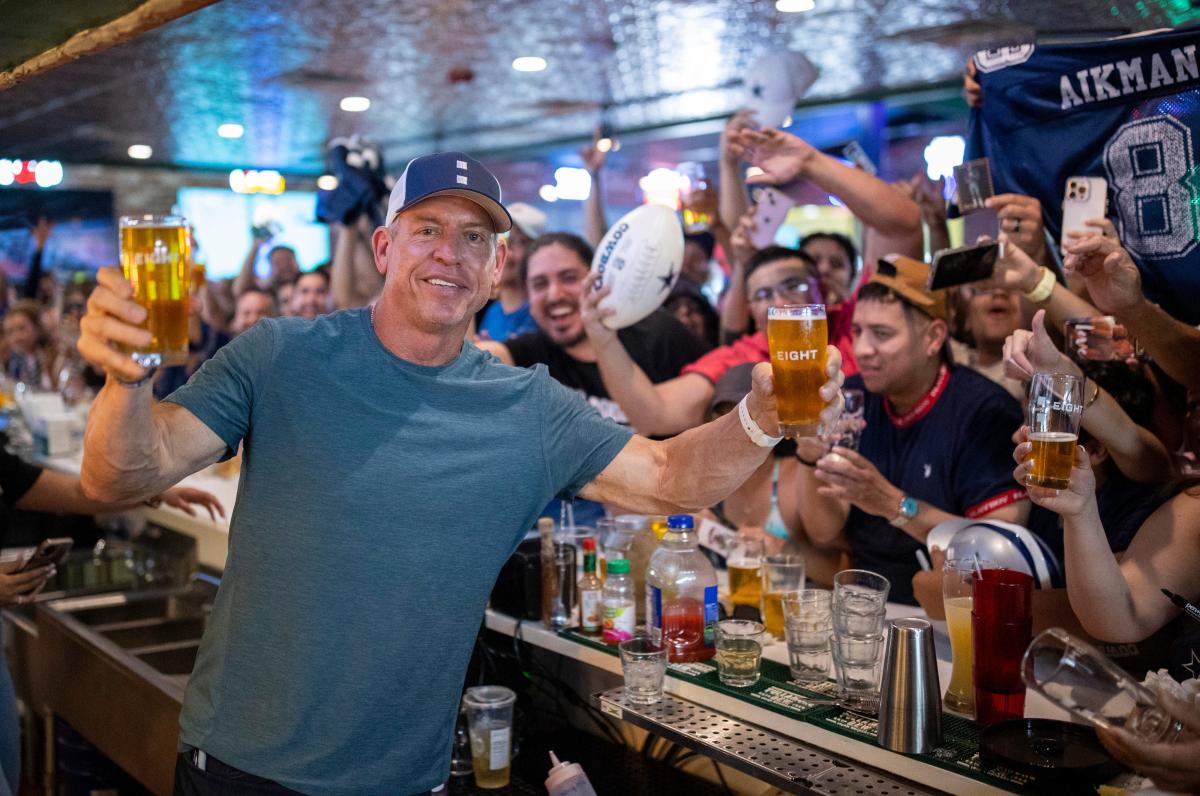 “I thought we had some good crowds, but this has exceeded my wildest expectations,” he told the El Paso Times. “The people of El Paso are amazing. They always been good to me and good to the Cowboys.”

The beer, known as Eight, after his iconic jersey number, launched on taps in bars, restaurants and other on-premise accounts in Texas in February.

Aikman told the El Paso Times in February that he has always liked beer, and the new line is consistent with his lifestyle: to work hard but enjoy time with family and friends.

“I think that I have some God-given talents, but the reason I think I was able to do what I was able to do athletically and even what I’m able to do currently with Fox is just through good, old-fashioned hard work. And those people willing to do that are people who have always inspired me and that’s really who this beer is for.”