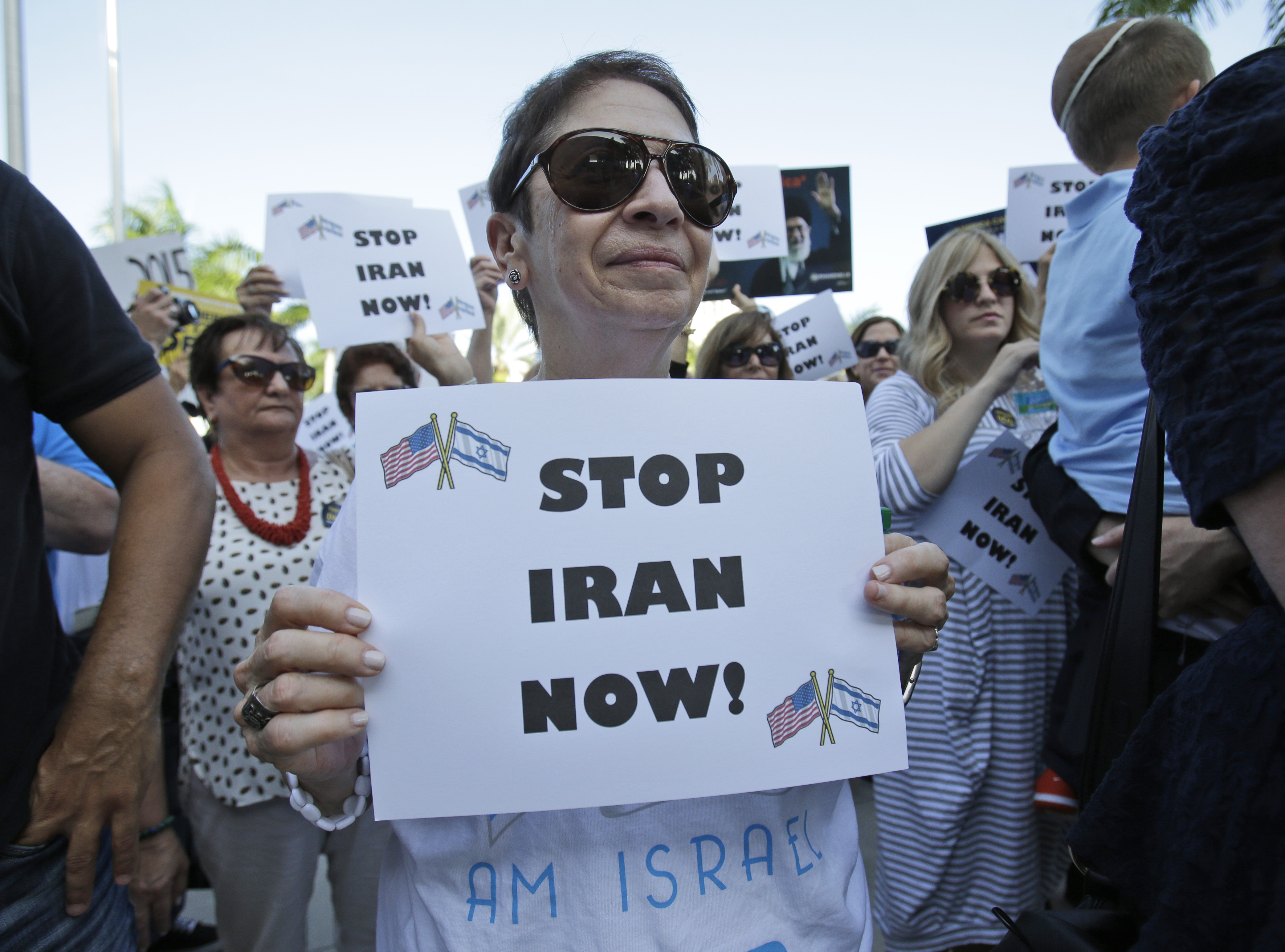 On Thursday, for instance, James Risch of Idaho, the top Republican on the Senate Foreign Relations Committee and a deal critic, tweeted that Iran was pushing President Joe Biden to accept terms that could let it “accelerate nuclear weapons work.” The White House National Security Council took the unusual step of tweeting a rebuke: “Nothing here is true. We would never accept such terms.”

A White House official on Friday declined to get into details when pressed on the administration’s messaging plans, saying it was premature to talk about tactics or strategy since there’s not yet a deal to revive the agreement.

“If a deal is reached,” the official added, “we are fully prepared to advocate for it publicly, brief the Hill, experts and stakeholders, and coordinate with allies and partners, as we have done throughout this process and consistent with our approach to all policy priorities.”

The back-and-forth this time is likely to be less intense than in 2015, when President Barack Obama’s administration was mocked by the right for trying to create a media “echo chamber” to sell the deal to the public.

But once again, the geopolitical stakes are high, and the fight will likely center on Congress, where lawmakers will get a chance to review, in essence, the deal to revive the deal. And while the White House can once again count on a presidential veto as a backstop in the unlikely case lawmakers get enough votes to kill the revival effort, this time there will be a looming midterm election to consider.

To be clear, the negotiations to restore the 2015 nuclear agreement, known as the Joint Comprehensive Plan of Action, could still collapse or be delayed. Iran is pushing for changes to the proposed road map to restore the agreement, and the U.S. is weighing options. That said, after more than a year of talks, there’s noticeable optimism among the various parties that the deal can soon be revived.

So the battle lines are hardening once more — on think tank panels, television appearances and in quiet conversations in secure government facilities.

Israel, the foreign government most vocally opposed to the nuclear deal, is sending its national security adviser to Washington next week to air the country’s well-known concerns directly with the White House. Meantime, Israeli officials are turning to the media to publicize their reservations and take jabs at Biden and his aides.

In recent comments to Axios, Israeli officials even questioned whether the U.S. president and his team were “fully aware” of what Israelis argue are “concessions” included in the proposed road map to restore the 2015 agreement.

That’s the type of insinuation that draws eye-rolls and fury from people in and close to the administration, who deny there are any new concessions and say the president is fully looped in.

“We are in intensive and constant discussions with Israelis on Iran,” the White House official, who spoke on condition of anonymity to discuss a sensitive topic, said Friday. “There is no greater supporter of Israel’s security than Joe Biden.”

Israeli leaders this time are likely to be less openly hostile than seven years ago, when then-Prime Minister Benjamin Netanyahu even delivered a speech to a joint meeting of Congress in an attempt to kill the deal. The current Israeli government is led by caretaker Prime Minister Yair Lapid, and the country has an election set for later this year.

But Israeli officials have a strong ally in Washington: the American Israel Public Affairs Committee. AIPAC was reported to have spent tens of millions of dollars in 2015 to try to kill the original deal. When asked what AIPAC planned this year, a spokesperson didn’t directly answer the question but said the group has “serious concerns” about the revival effort.

Meanwhile, J Street, the left-leaning pro-Israel group, plans to rally support to revive the agreement. Its representatives caution that they want to review the road map to the revival first, but if it’s what they expect, “we have a whole campaign ready to go,” said Dylan Williams, a senior vice president with the group.

That campaign will include everything from phone-calling blitzes to ads on social media, he said. The campaign is aimed largely at moderate Democrats, some of whom did not support the agreement in 2015, and new lawmakers whose positions may not yet be clear.

The 2015 Iran deal lifted many U.S. and international economic sanctions on Iran in exchange for severe restrictions on Tehran’s nuclear program.

Then-President Donald Trump abandoned the deal in 2018, saying it was too narrow and time-limited. He reimposed the original sanctions on Iran and heaped on new ones as well. A year later, after other countries party to the agreement were unable to offer it sanctions relief, Iran began violating the deal’s terms. Although Iran has always insisted it has no intention of building a nuclear weapon, it is now much closer to that possibility.

At the same time, as the talks to restore the deal have taken place, Iran has been accused of kidnapping and assassination attempts against Americans, including former Trump-era national security adviser John Bolton. Some of those plots are believed to be in retaliation for the Trump administration’s killing of top Iranian military commander, Qassem Soleimani, in 2020. U.S. officials also are investigating whether Iran played a direct role in a recent attack that badly wounded novelist Salman Rushdie.

Michael Singh, an analyst with the Washington Institute for Near East Policy, said such developments imposed a greater sense of realism on the debate than in 2015, when some deal advocates hoped it would prompt bigger foreign policy shifts.

“What we see from the administration is more realism and more resignation,” said Singh, a longtime skeptic of the agreement. “I think they are less enthusiastic about it. You won’t hear any arguments that this is going to transform the U.S.-Iran relations. But I think what you will hear very loudly is this is our only option.”

In 2015, Obama and his aides held little back, blitzing social and traditional media to push through what they viewed as a critical piece of their foreign policy legacy. The administration’s effort included more than 100 engagements between Obama and lawmakers. Ultimately, the Obama team secured enough support among Senate Democrats that Republicans couldn’t break a filibuster in their attempt to stop the deal.

One reason there could be a congressional debate this time is that Congress passed a 2015 law that gave it the power to review any such agreements with Iran. Lawmakers have argued that the legislation, the Iran Nuclear Agreement Review Act or INARA, allows Congress the right to review the “deal to restore the deal.”

Biden administration officials at first suggested they disagreed with that interpretation, but eventually agreed to submit whatever deal is reached in Vienna. Those discussions between Iran and the U.S. have been indirect, with European officials have been acting as go-betweens.

One organization that’s already battle-hardened as far as such public relations fights go is the Foundation for Defense of Democracies. The hawkish think tank has long opposed the original nuclear deal.

Joe Dougherty, a spokesperson for FDD, said the think tank plans to ramp up its use of panels, op-eds and other traditional means to get across its view that the 2015 deal should not be restored.

One of its analysts’ arguments, he said, is that what’s being restored isn’t really the original deal but “a lesser deal.”