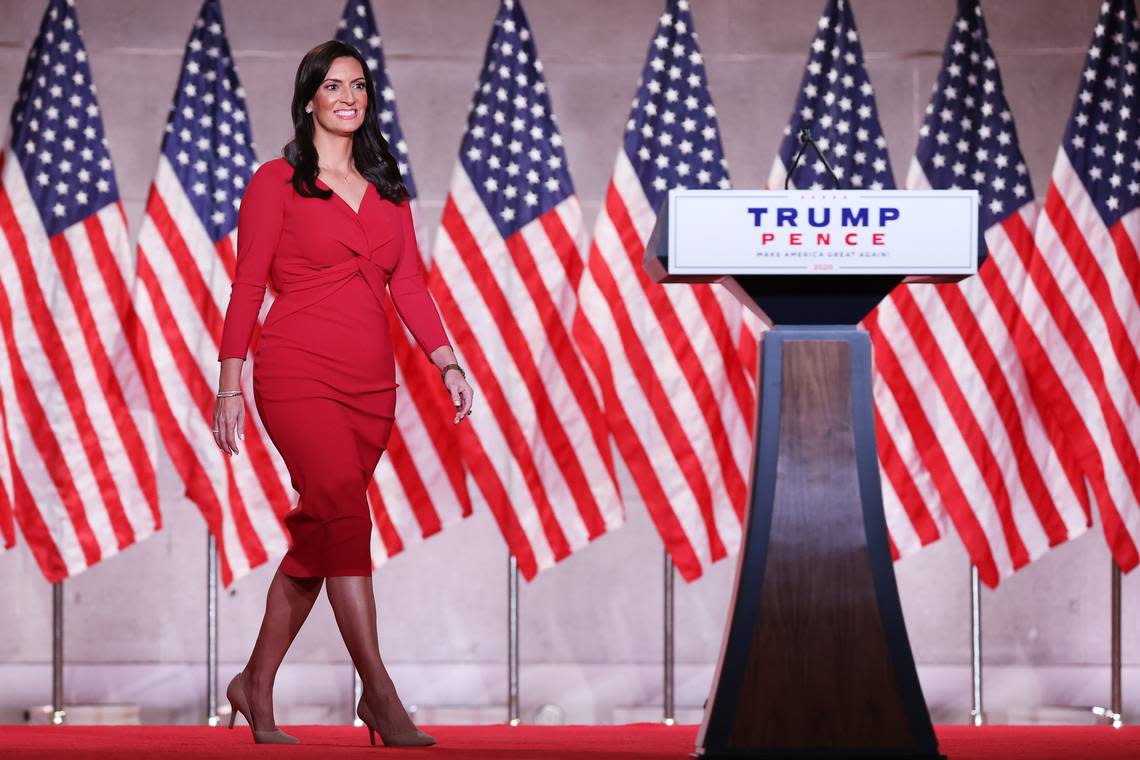 Backpedal all you want now that your election-time stunt in Miami has failed, but I heard your anti-immigrant commentary on Cuban radio — and I speak flawless Spanish.

You do know that anti-immigrant Americans like you — and like the governor you serve — didn’t want your Cuban parents or mine settling in droves in 1960s Miami either, right?

Decade after decade, many Americans rejected our language, our culture, our skin tone and our firebrand “Casablanca-style” politics.

Some didn’t even want us planting mango trees in our Hialeah yards. I know. I wrote the story. And many in America still don’t like mango, no matter how much they pander to our community to win our votes.

When you embraced and endorsed Gov. Ron DeSantis’ silly pitch to Florida racists about busing immigrants to President Biden’s home state of Delaware — including the new wave of Cubans fleeing communism — you know what came to mind?

We’re only here to wait until Fidel Castro falls, he said, a sentiment he lived by, dying a Cuban citizen despite the decades in exile, despite the threats from Republicans, whom he foolishly viewed through rose-colored glasses, to take away his medical coverage.

This is the generation into which you were born in 1972 Miami — and that you dishonor when you align yourself with the type of politician who espoused, then and now, similar discourse to let us know we weren’t and aren’t wanted in their paradise.

There’s nothing to misunderstand, as has been alleged by the governor’s English-only flack, in what you said Saturday on conservative Cuban radio.

Clear as the sun breaking through clouds.

And I’m here to remind you of our history and heritage.

Back when we were seen as interlopers, our arrival numbers were religiously registered — and whether it was the 250,000 during the Freedom Flights or, especially, the 125,000 who came on the Mariel boatlift and were maligned wholesale as criminals — we seemed to them always too many.

Now, it is Cuban-American Republicans like you — and Miami-Dade County GOP chairman René García, who doubled down against the new record number of border arrivals on radio Monday. And it’s you, Cuban Americans, doing the rejecting of people, some whom we cheered from the comfort and safety of our Miami during the historic July 11, 2021, protests in Cuba.

We conveniently want them as martyrs, not exiles.

Are you so wrapped up in the supremacist bubble that you don’t see the obvious?

You, whose parents fled and didn’t stay to fight, now want to ship those who did to Delaware. Castro did the same thing to us — ship us out of there. Just because these Cubans didn’t want to serve the 10-, 15- or 20-year sentences the regime is handing down, the price to pay for protesting in Cuba.

Your father, you told an AP reporter when he died, “left Havana in 1961 after learning he could face house arrest for having views that opposed the nation’s leader Fidel Castro.”

People fleeing today have been through much worse than the threat of house arrest.

And please, don’t dig the hole deeper by saying that you didn’t mean to advocate for sending Cubans to Delaware, but only other immigrants arriving by sea and the southern border.

Cuban exceptionalism is only an immigration law on the books, passed for the benefit of our parents by Lyndon B. Johnson, a Democrat, by the way. Other refugees, like Haitians, are fleeing chaotic and dangerous circumstances like murder and mayhem, not an electricity blackout.

All of this makes your stance — your constant peddling of cheap, immigrant-bashing GOP talking points in the Capital of Exiles, a place of refuge built against the prevailing winds of American racism — so immoral.

If you weren’t in a position to help — or hurt — our community, I wouldn’t care one iota what you babble about on Miami’s conservative Cuban airwaves.

You and radio hosts are GOP party-faithful and predictable. You’ve all sunk low before, lying and disparaging whatever doesn’t suit extremist right-wing politics.

And this new low, lieutenant governor, isn’t your first rodeo.

Your anti-immigrant feelings are well-documented.

“Lt. Gov. Jeanette Núñez has forgotten the meaning of the accent and tilde in her name,” I wrote in 2019 after you cheerfully headlined an event staged by notorious immigrant haters and nationalists.

READ MORE: Lt. Gov. Jeanette Núñez has forgotten the meaning of the accent, tilde in her name

Faced with backlash, you then feigned ignorance about the organization being labeled a hate group with ties to white supremacists and eugenicists.

Likewise, your defense now is to throw shade at words already spoken, long after the poisonous message has been delivered.

But, the pride of a Latina in high office long faded, we believe you when you say who you are.

Apparently, not a Cuban American who honors history and heritage.