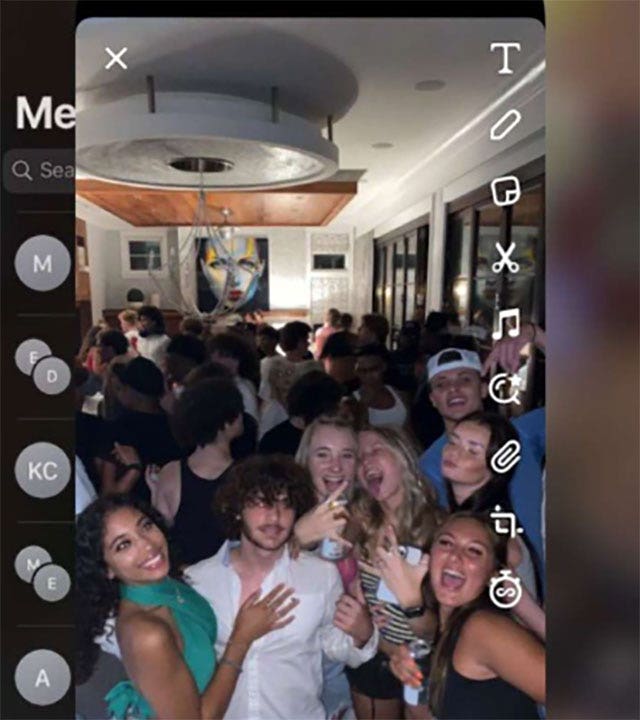 Florida authorities are giving teens and young adults a chance to “come clean” after breaking into an $8 million home, throwing a wild house party and posting videos on social media showing the rowdy scene.

The Walton County Sheriff’s Office said deputies were called early Saturday to a home on Blackwater Street in unincorporated master-planned community of Watercolor, near Seaside, for a noise complaint.

Upon the deputies’ arrival, most of the partygoers had left the scene, but videos circulating on Snapchat, Instagram and other social media platforms revealed to law enforcement how revelers had set up a boxing match in the mansion’s foyer. Several partygoers recorded large crowds blaring music and downing alcohol.

Authorities described how homeowners gave no consent to the party and seemingly had no connection to the young people who took it upon themselves to break in and throw the massive bash.

“Apart from the damage caused and the items stolen, it’s a complete violation of someone’s home that you can’t put a price on. The feeling when you know someone went into your closet, tried on your clothes, and used your bathroom doesn’t have a dollar amount attached to it,” the sheriff’s office wrote. “Especially in a place where you’re supposed to feel safe.”

The sheriff’s office warned that Snapchat is not private and can be subpoenaed. The post included several images take from Sanpchat showing a large crowd smiling for pictures with drinks in hand. One photo showed a male taking a selfie wearing a handful of gold rings he found in the home.

Videos show the majority of cheering onlookers had their phones drawn and recorded the boxing match as two young males, equipped with boxing gloves, took swings at one another in the foyer. Another video shared by the sheriff’s office takes a different tone once deputies arrived, as the partygoers started to flee.

“You may think it is if you are a teenager or someone in their early 20s, and you are not yet worldly,” the post said. “Your friends will snitch. Word gets out. You’ll be tagged in pics on the Gram.”

The warning also extended to anyone who might argue this was “just kids being kids.”

“We want you to ask yourself how you would feel if your home was ransacked and your sense of peace and security was taken from you,” the sheriff’s office said.

“Before you say, ‘they might not have known,’ ask yourself if what was taking place was appropriate (or legal) regardless if they had permission to be there (which they did not),” the post continued. “Before making an excuse for these kids, ask why they felt they could do this in the first place.”

“Here’s our ask; if you were there, know someone who was there, were invited, knows who circulated the flyer for the party (yes, we know about that too) you are asked to come forward,” the sheriff’s office wrote. “DO YOURSELF A FAVOR and let us know. Come clean and give us the information we need to hold those responsible…So, what’s ‘the move’?”

Anyone with information is asked to contact the Walton County Sheriff’s Office at (850)-892-8111 or to remain anonymous, call Emerald Coast Crime Stoppers at (850)863-TIPS.