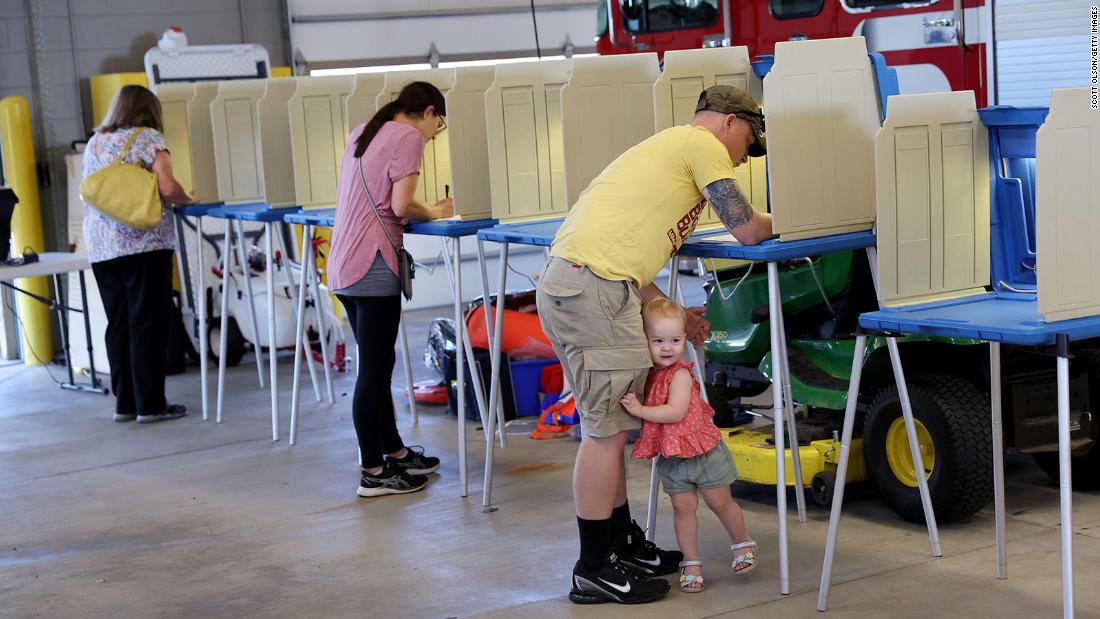 The tail-end of the August primary season arrived on Tuesday, with elections in New York, Florida and Oklahoma.

Here are some key things to watch for tonight:

Florida Democrats to choose a challenger to DeSantis: The Florida Democratic Party has wandered lost through the Sunshine State ever since Republican Ron DeSantis narrowly defeated their 2018 nominee for governor, Andrew Gillum. They have no power in Tallahassee as the perpetual minority party in the state legislature, they squandered their sizable voter registration advantage, they lost the 2020 presidential election to Donald Trump here by a healthy margin and have struggled lately to convince donors that Florida is still a battleground worth investing in.

Meanwhile, DeSantis has become one of the most recognizable Republicans in the country and a potential GOP nominee for the White House in 2024.

On Tuesday, Democratic voters in the state will choose a nominee for governor who they hope can lead their turnaround and maybe slow DeSantis’ meteoric rise. The choice is between Rep. Charlie Crist, a former Republican governor who Democrats made their gubernatorial nominee in 2014, and Agriculture Commissioner Nikki Fried, the Florida’s only statewide elected Democrat.

Ryan, an Iraq War veteran, has sought to channel anger over the Supreme Court ruling ending federal abortion rights into an electoral advantage over Molinaro, a moderate Republican who says, despite being “personally pro-life,” he would not vote for a national ban. (At the same time, Molinaro refused to state whether he would support legislation to legalize abortion nationwide.)

An Uptown power struggle meets call for “generational change”: Redistricting upset a lot of New York’s status quo, but perhaps nowhere more than in a big piece of Upper Manhattan, which for decades had been politically dominated by Democratic Reps. Jerry Nadler, on the West Side, and Carolyn Maloney, on the East Side.

Their parallel dominions were fused by the hand of a “special master” who drew up the new districts, provoking one the most ferocious campaigns of the cycle in a hot summer chock full of them. On Saturday, Maloney — on camera — recommended an editorial in the New York Post. “They call him senile,” she said. Nadler, meanwhile, has accused his rival of exaggerating her record in the House, to which they both were elected in 1992.

Could a moderate emerge from one of NY’s most liberal new districts? Thirteen candidates are on the ballot in open-seat primary, though one, former Mayor Bill de Blasio, dropped out in late July. Of the remaining dozen, four appear to have a realistic chance of emerging to represent Lower Manhattan and brownstone Brooklyn — in what will be one of the country’s most liberal districts

But a pile-up of progressives, led by state Assemblywoman Yuh-Line Niou, City Council Member Carlina Rivera, and Rep. Mondaire Jones, an incumbent member who moved to the city from the suburbs, risks splintering the more left-leaning vote and paving the way for Daniel Goldman, the moderate former federal prosecutor who served as lead counsel for the Democrats at former President Donald Trump’s first impeachment trial.