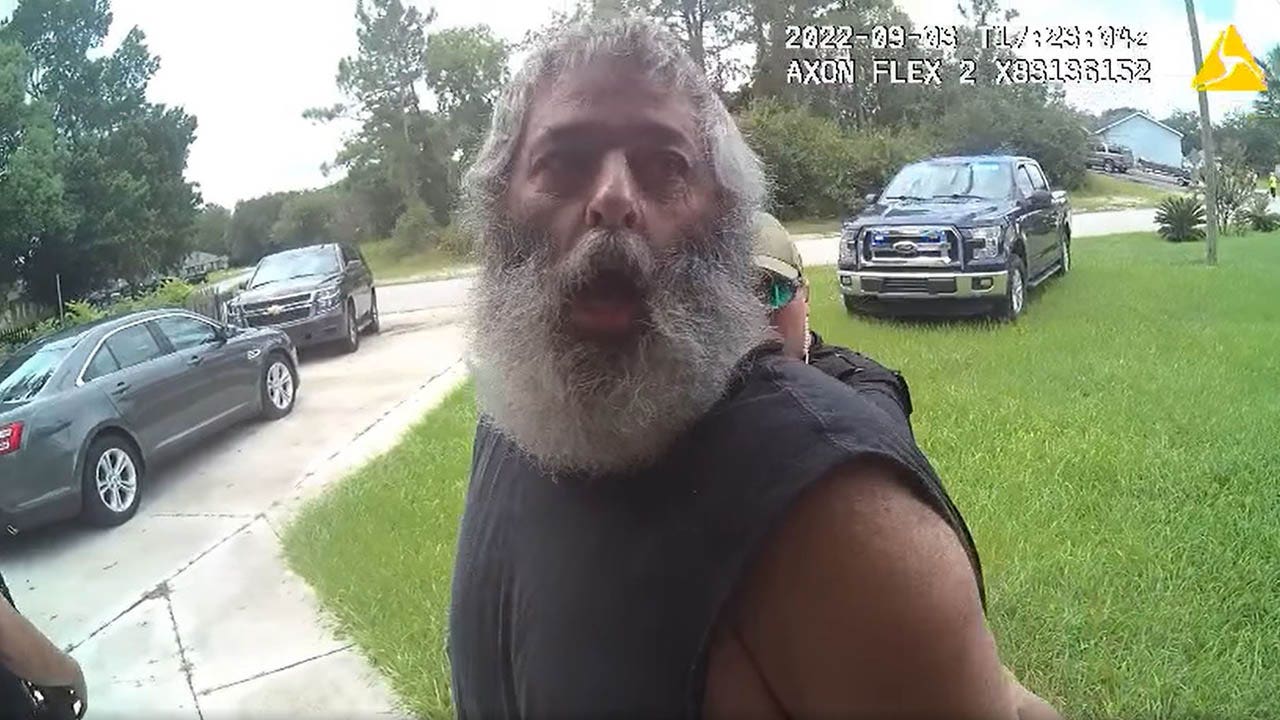 A Florida man was arrested Saturday after allegedly stalking a 6-year-old girl, telling her he’d make her famous and turn her into a “big girl” as she played outside, authorities said.

Mark Greenburg, 55, of Deltona, is accused of at least 11 incidents over the past eight months in which he harassed neighbors, yelled at them and their kids with a megaphone, and drove past houses while recording children on his phone, the Volusia County Sheriff’s Office said.

In one incident, a father told deputies that Greenburg walked to the end of a driveway where his 6-year-old daughter was playing and made unusual comments, allegedly saying “I’m going to make you famous” and “I’m going to turn you into a woman” or a “big girl.”

Several witnesses gave deputies similar accounts of Greenberg’s comments to the child, including that he said he was going to pick her up and take her to Disney World, the sheriff’s office said.

Greenburg allegedly told a 6-year-old girl he would turn her into a “big girl.”
(Volusia County Sheriff’s Office )

The girl’s father said that Greenberg’s comments had gotten progressively worse and more frequent and that his daughter was afraid to go outside, according to deputies.

On Thursday and Friday, Greenburg was seen taking pictures outside the girl’s grandmother’s house in another neighborhood where she often visits, the sheriff’s office said.

The family believed Greenburg followed someone there because he’s never been invited there and had no reason to know where the grandmother lives.

Greenburg was arrested on a charge of aggravated stalking of a person under the age of 16.
(Volusia County Sheriff’s Office )

Deputies attempted to speak with Greenburg on Friday evening but said that he refused to answer the door and told them he would talk another day.

Greenburg was being held on $5,000 bond.
(Volusia County Corrections)

Deputies obtained a warrant and took Greenburg into custody without incident on Saturday.

Greenburg faces a charge of aggravated stalking of a person under the age of 16. He was being held at the Volusia County Branch Jail on a $5,000 bond.