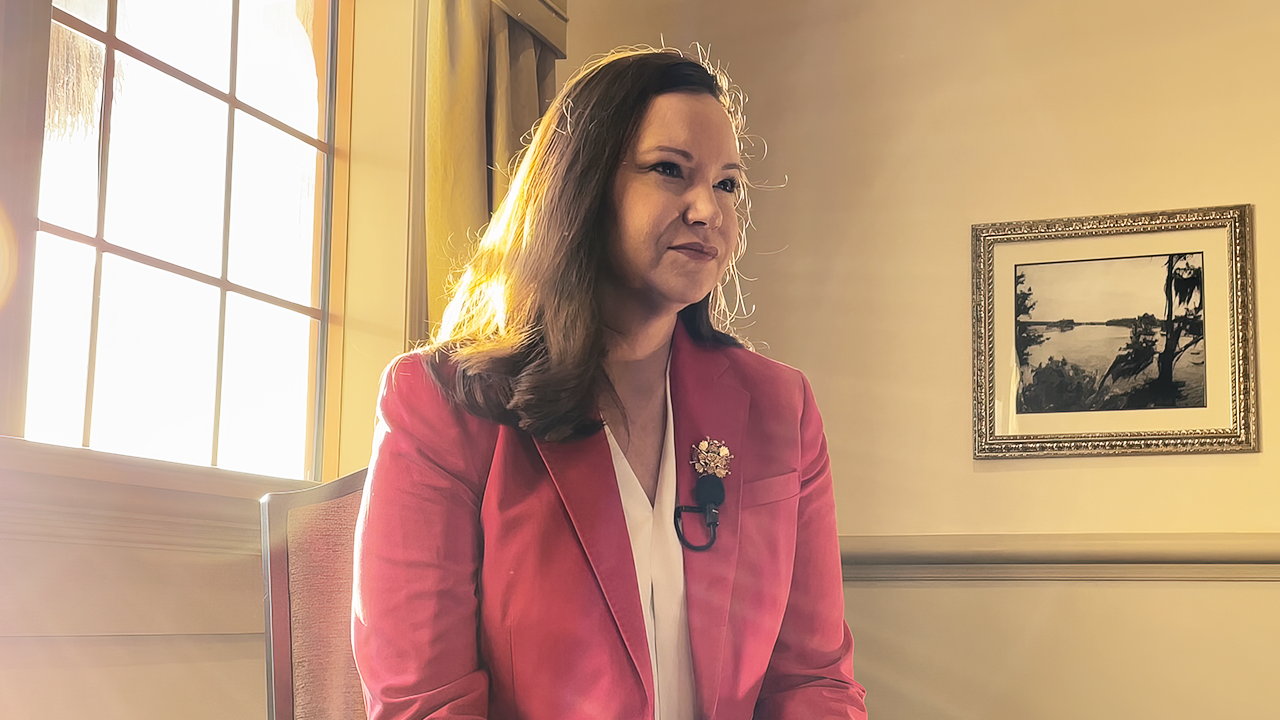 EXCLUSIVE: Florida Attorney General Ashley Moody is calling for illicit fentanyl to be declared a weapon of mass destruction after two mass overdoses in her state — and amid an increase in overdoses attributed to the deadly drug.

Moody is urging President Biden to either use executive authority or urge Congress to declare fentanyl a WMD — a move that would require government agencies like the Department of Homeland Security, the Justice Department and the Pentagon to work together.

“Given how many Americans are being murdered, the whole federal government and every tactic and capability that we have should be utilized to stop the death and destruction that fentanyl is causing,” she says in a letter to Biden.

A weapon of mass destruction is defined by the U.S. government as a “nuclear, radiological, chemical, biological, or other device that is intended to harm a large number of people.” Moody’s office cited prior government assessments that fentanyl “is very likely a viable option for a chemical weapon attack.”

“Relying on non-state criminal actors and terrorist to think or act as expected is a losing proposition. The reality is that the deadliness of fentanyl combined with its sheer availability in Mexico to criminal cartels and non-state actors makes it an increasingly likely weapon for use,” Moody says in the letter.

While it is unclear how much fentanyl is getting into the U.S., since that number refers to apprehensions of the drug only, the number of deaths related to the drug is increasing. The Drug Enforcement Administration warned earlier this year of a “nationwide spike” in fentanyl-related overdoses.

The agency cited Centers for Disease Control and Prevention statistics that, in a 12-month period ending in October, there were more than 105,000 drug overdoses, 66% of which were related to fentanyl and other synthetic opioids. Deaths often occur when a user does not realize they are ingesting fentanyl, which is laced in with other drugs.

Moody has been sounding the alarm about the fentanyl crisis in her state and urged President Biden to raise the issue with Mexican President Andres Manuel Lopez Obrador. The majority of fentanyl is produced in Mexico with Chinese precursors and smuggled in via the southern land border.

She cited two recent mass overdose incidents in the states, including 19 overdoses in Gadsden County over Fourth of July weekend.

“Border Patrol has seized enough fentanyl to kill the entire American population many times over,” she said in a statement to Fox News Digital. “With that in mind and the recent mass overdose events in Hillsborough and Gadsden Counties, I am demanding President Biden classify illicit fentanyl as a Weapon of Mass Destruction.”

“The federal government already works to disrupt the supply chains of other chemical, biological, radiological or nuclear weapons—it’s not hard to imagine that similar tactics could be used to reduce the flow of illicit fentanyl into the U.S. through cartels in Mexico—and save countless American lives,” she said.

Moody says that securing the southern border would be a positive move to stop fentanyl smuggling, but that she does not hold out much hope the Biden administration will accomplish that.

Rep. Lance Gooden, R-Texas, had previously called for such a declaration, calling the substance “one of the most dangerous drugs responsible for creating a public health crisis in the United States.”

“It is vital the federal government takes immediate action to address the opioid epidemic and protect the American people by designating fentanyl as a [WMD],” he said.

Other Republicans had called for Biden to make it a top priority of his meeting with Mexican President Lopez Obrador.

The White House has pushed back against the Republican claims of inaction, pointing instead to a number of initiatives it has taken to tackle the opioid and fentanyl crisis, including investments in agencies for national drug control programs and $293 million for CBP to prevent fentanyl smuggling.

The White House has also successfully pushed the U.N. to ban precursor chemicals, and Biden himself issued two executive orders on the matter.

“In his first State of the Union, President Biden called on the Nation to come together and beat the opioid epidemic as part of his Unity Agenda. His National Drug Control Strategy is focused on going after the two key drivers of the crisis: untreated addiction and drug trafficking, which includes working with all our international partners to reduce the supply of illicit drugs,” Dr. Rahul Gupta, the Director of the White House Office of National Drug Control Policy, said in a statement to Fox last month. “And his budget request calls for a historic increase in funding for our Customs and Border Protection who risk their lives doing the hard work of securing our border every day. When issuing his Executive Order on sanctions, President Biden declared that international drug trafficking, including fentanyl and other synthetic opioids coming from Mexico, constitutes an extraordinary threat to the national security of the United States. And the President is addressing this crisis head on.”

Biden eventually did cite the fentanyl crisis in his public remarks alongside Lopez Obrador, saying the U.S. is “accelerating our efforts to disrupt the trafficking of fentanyl and other drugs, that are literally killing, fentanyl kills people.”

Biden also touted recent efforts by his administration to disrupt both human and drug smuggling, which he said resulted in 20,000 operations and more than 3,000 arrests in April.