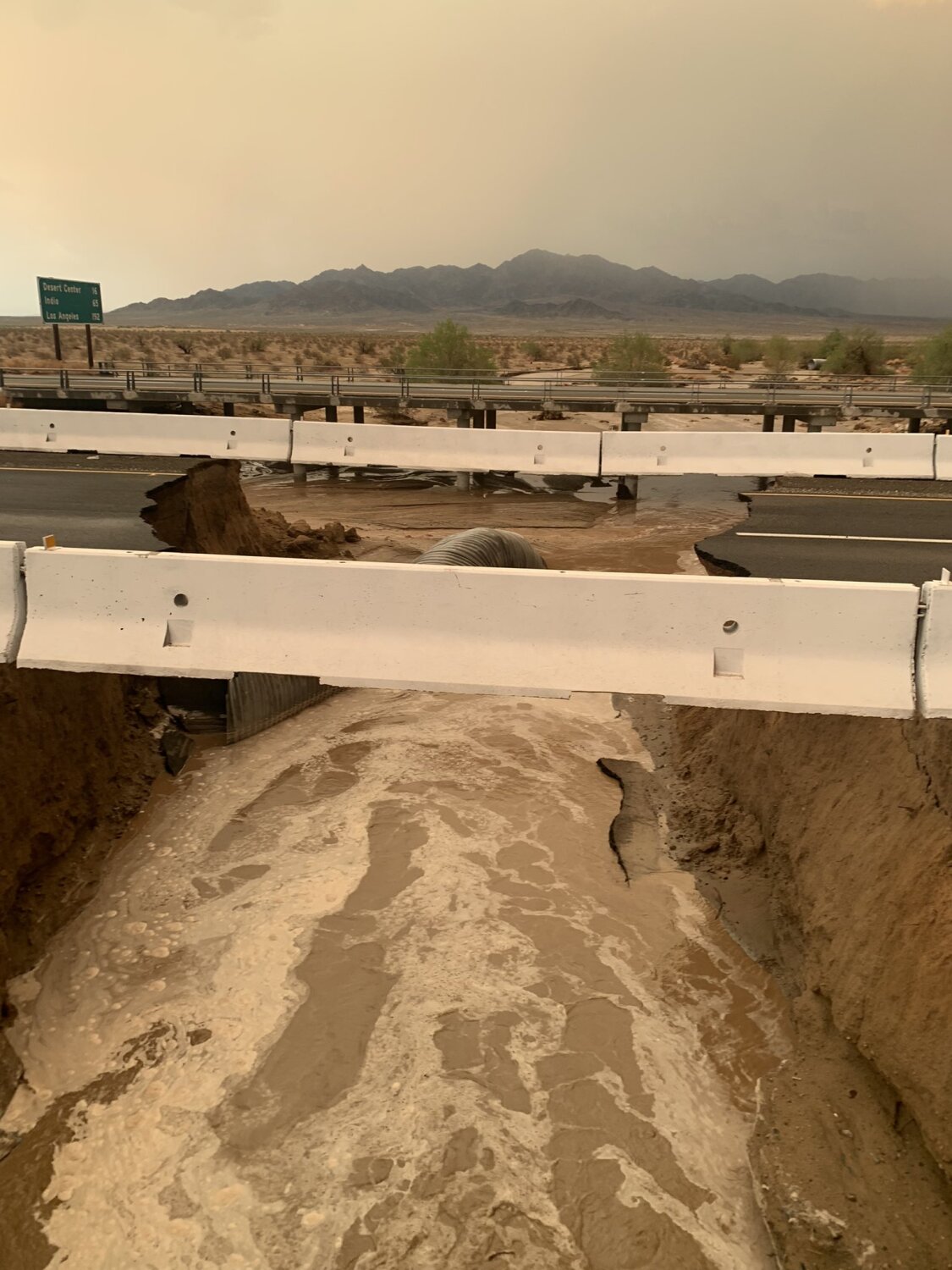 Flash flooding from intense storms washed out the eastbound lanes of Interstate 10 near the California-Arizona border Wednesday night.

Authorities received reports of seven overturned tractor-trailers with one person injured, said Sharon Leath, a California Highway Patrol dispatcher. Leath did not know the extent of the person’s injuries.

Eastbound traffic on the 10 was being turned around at Corn Springs Road, said Emily Leinen, a Caltrans District 8 spokesperson.

Drivers were being told to return west on the interstate because of persisting floodwater on local detours, Leinen said.

The best available detour was lengthy, Leinen said. Drivers would have to head south to San Diego before heading east into Arizona.

Authorities advised drivers to stay put and wait out the flood at rest areas if they could, she said.

Caltrans crews will assess the damage to the 10 on Thursday, Leinen said. An estimate of how long repairs could take was not available.

Up to 3 inches of rain fell along the 10 east of Desert Center, producing “life threatening flash flooding,” the National Weather Service in Phoenix said.

A supervisor with the Riverside County Sheriff’s Department’s Colorado River Station in Blythe told The Times there were no major flood-related incidents.