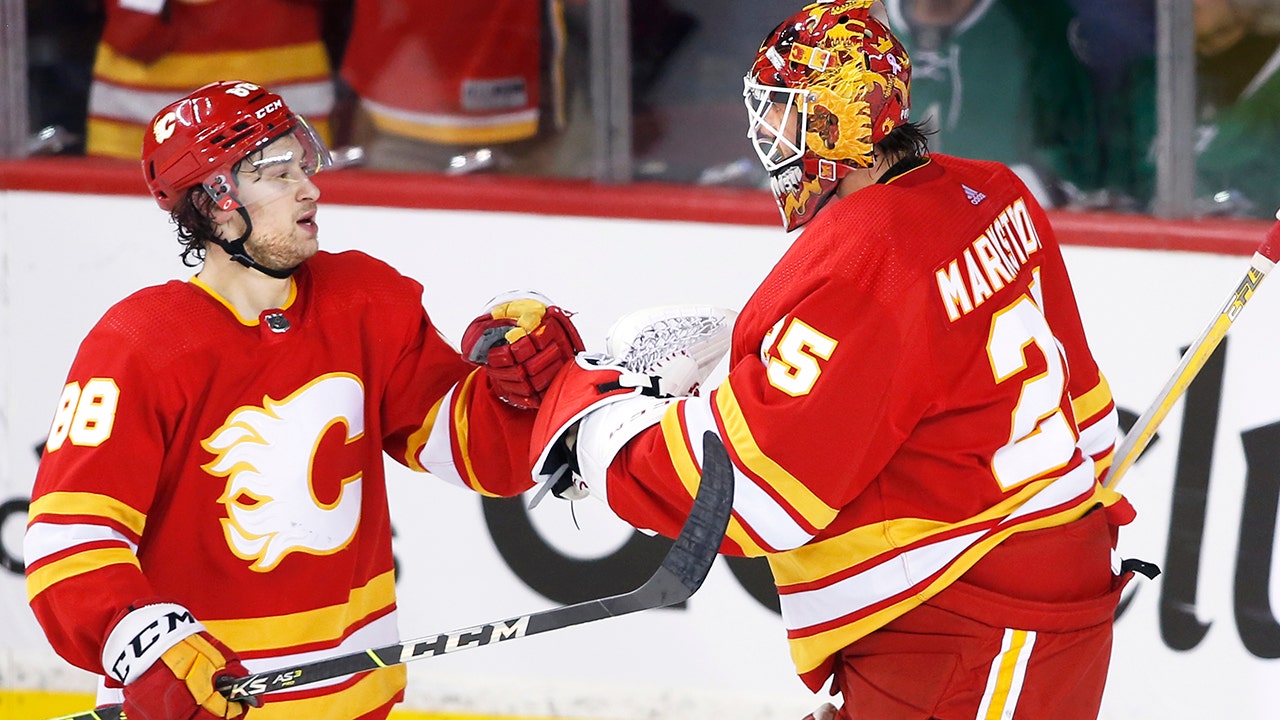 Mikael Backlund, Andrew Mangiapane and Trevor Lewis all scored in the third period, leading the Calgary Flames to a 3-1 victory over the Dallas Stars on Wednesday night to take a 3-2 lead in their first-round playoff series.

Jacob Markstrom made 20 saves for the Flames, who can win the series Friday in Dallas. If necessary, Game 7 would be back in Calgary on Sunday.

“It feels a lot better than if we were down, but we know it’s going to be a really hard game” Backlund said. “Of course, we feel confident and excited going there. It’s a big game.”

Robertson, who had a team-leading 41 goals in the regular season, scored his first in the playoffs at 13:21 of the second period to put the Stars ahead 1-0. He drove in from the boards and wristed a shot that deflected off Markstrom’s glove and then off defenseman Noah Hanifin into Calgary’s net.

But the line of Backlund, Mangiapane and Blake Coleman struck in the third.

“We knew they were going to come hard,” Robertson said. “We tried to minimize their speed to the neutral zone and we didn’t and it cost us.”

Mangiapane circled out from behind the goal line and centered the puck for Backlund’s redirect by Oettinger to make it 1-1 at 6:49 of the third.

“I haven’t scored much down the stretch here,” Backlund said. “It felt really good to put the puck in the net and such a big goal as well.”

The Flames took the lead when Backlund was in the neutral zone and fed a backhand pass to Mangiapane at the Stars’ blue line. Mangiapane took three strides in and beat Oettinger’s glove with a high shot at 13:20.

“It was loud,” Mangiapane said of the Saddledome crowd. “It was great even when Backs scored. You could hear the building erupt. I think the fans were waiting for a goal. Our whole team just fed off that energy from the fans.”

Lewis sealed it with an empty-netter with 58 seconds left.

Neither team scored on their two power-play chances and are 2-for-19 in the series.

“We’re going to look at some stuff from this game and get ready for the next game and it’s not over yet,” Dallas’ Roope Hintz said.

Flames forward Johnny Gaudreau took a deflected puck in the side of the head at the Stars’ blue line. He went to the dressing room for treatment late in the period, but was back in the game in the second period.