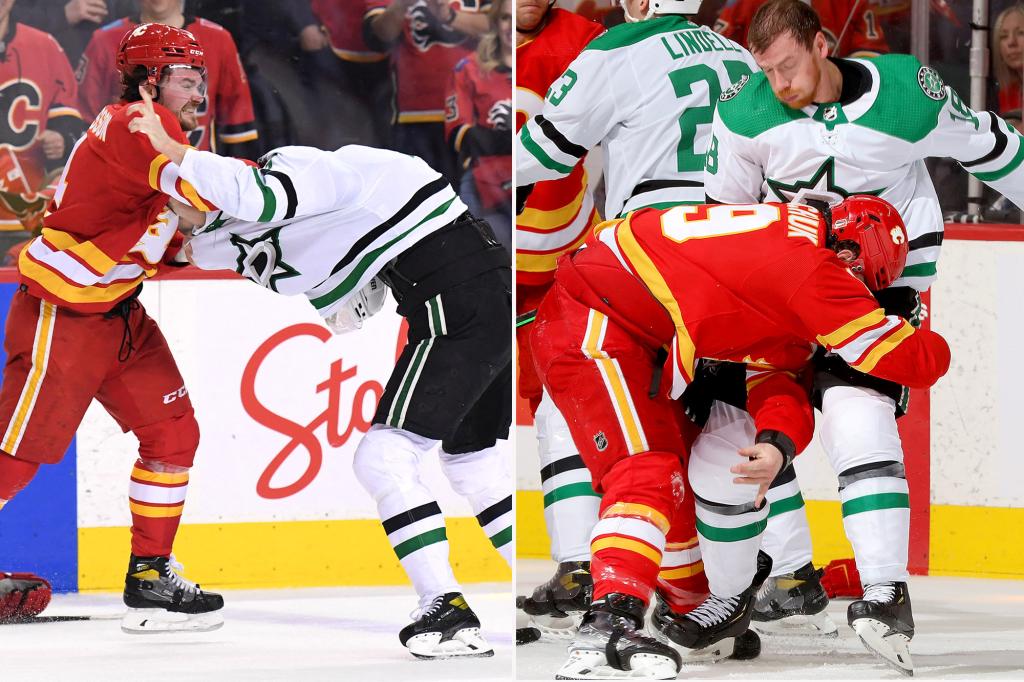 It took almost a full period of play for Flames-Stars to get ugly.

In what promises to be an exciting series between the Pacific Division champion Flames and wild-card Stars, Game 1 was sidetracked by a few fights breaking out.

The melee — in which a defenseman from each side was tossed — began in the final seconds of the first period, when Calgary’s Matthew Tkachuk shoved Dallas’ John Klingberg to the ice.

Stars winger Michael Raffl then stood up for his teammate and engaged with Tkachuk in a long battle in which both landed blows.

By this point, the hockey was forgotten. Another fight broke out between Klingberg and Flames defenseman Rasmus Andersson. Both received a game misconduct penalty and were ejected for being involved in a fight after another had begun.

“I’m not saying I’m a tough guy, but he’s acting tougher than he is,” Klingberg told reporters of Andersson after the Flames’ 1-0 win. “I feel like he’s the one guy there in the scrum who doesn’t have a guy. I’m standing there with [Blake] Coleman, and he’s standing and shaking his gloves to me like, ‘You want to go against me.’ Probably the least fighter on our team on the ice there.

“I’m skating over to him and dropping my gloves and I want to go, but he’s just standing there two seconds and then all of a sudden he drops the gloves. He’s acting a little tougher than he is, and we’re going to go after him.”

Tkachuk and Raffl were given fighting majors, and it may not be their last of the series.