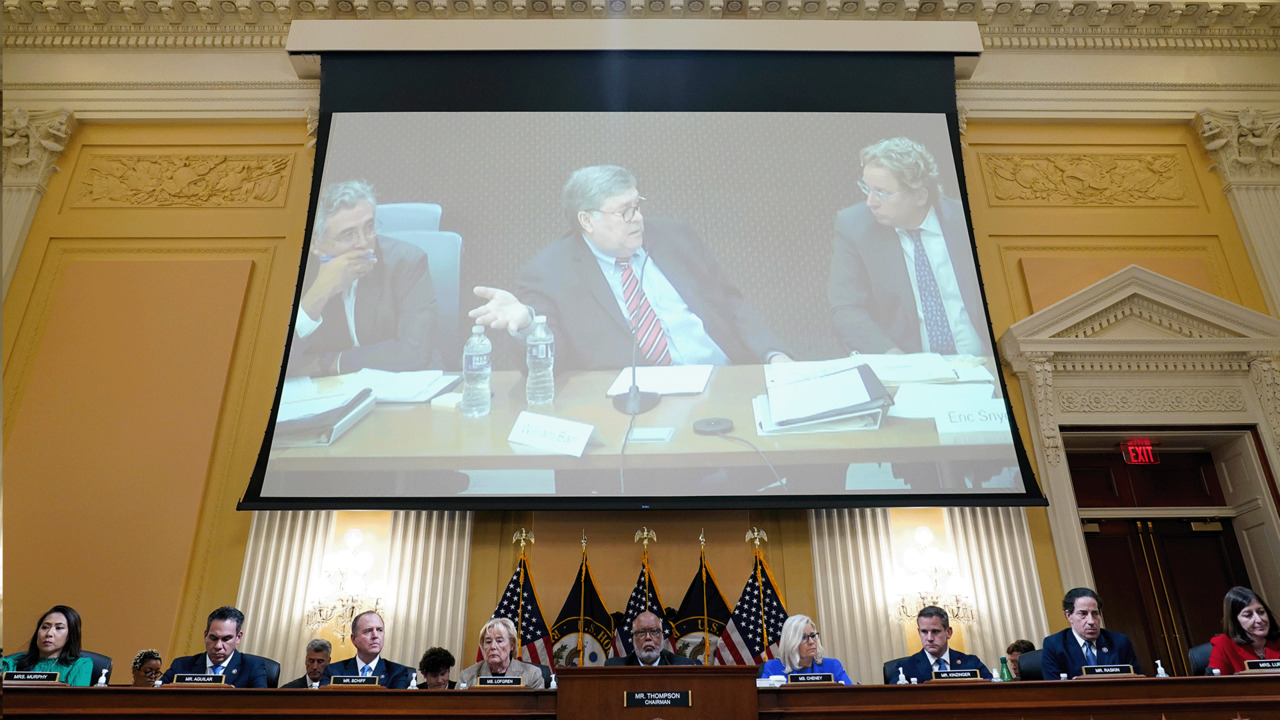 Thursday night’s prime-time hearing is the first of a series set to paint a picture of a carefully planned and orchestrated attack on democracy. In his opening statement, committee Chair Bennie Thompson (D-Miss.) didn’t mince his words about former Trump, who he said spurred “a mob of domestic enemies of the Constitution.” He bolstered this statement with the clip from Barr.

“You can’t live in a world where the incumbent administration stays in power based on its view, unsupported by specific evidence, that there was fraud in the election,” Barr said.

The panel also showed a clip of testimony from Ivanka Trump, the former president’s daughter and White House adviser, in which she was asked about Barr’s dismissal of Trump’s election fraud claims. She said she had accepted that her father had lost the election.

“It affected my perspective,” she said. “I respect Attorney General Barr, so I accepted what he was saying.”