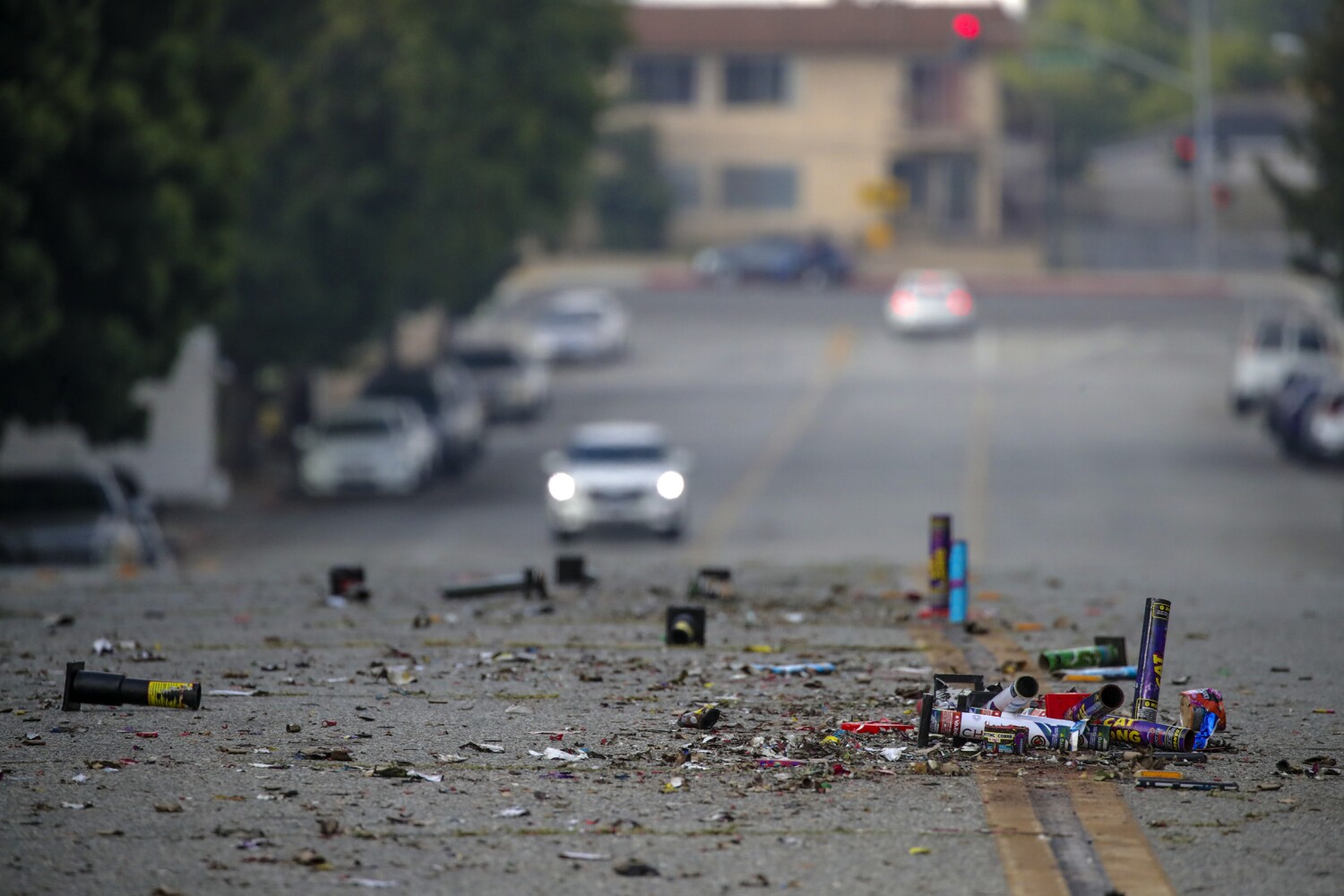 A firework explosion in Montebello killed a man during a Fourth of July celebration Monday night.

The unidentified 42-year-old man was handling a suspected “high-powered, mortar-type, aerial firework” when it exploded, according to Montebello city spokesperson Michael Chee. The man was found unconscious with serious injuries lying in the yard of a home, Chee said.

First responders were dispatched to the 1400 block of Germain Drive around 6:30 p.m., according to the Montebello Police Department.

“A preliminary investigation indicated the victim was attempting to ignite or use a high-powered, mortar-type, aerial firework that is illegal in the city of Montebello, county of Los Angeles and the state of California,’’ Chee told City News Service. “The victim apparently attempted to hold the device when the firework went off and caused severe trauma to his upper torso.”

Crews tried to revive the man before he was transported to a hospital, where he died, Chee said.

Although “safe and sane fireworks” are legal in Montebello, police suspect the one that fatally injured the man did not fall into that category, Chee said. Investigations are currently underway to determine the type of firework, Chee said.

Initial findings suggest that the victim brought the illegal firework with him to the private gathering, Chee said. Police confiscated all other firework paraphernalia found at the scene and a full report is pending, he said.

“This tragic accident and death was avoidable and serves as an unfortunate and grim reminder of the danger posed by illegal and high-power fireworks,” Chee told City News Service.

The fatality occurred despite crackdowns on illegal fireworks across the region. Multiple Southern California fireworks shows were canceled days before the holiday after the state launched an investigation into the company that was hired to provide the pyrotechnics.

L.A. City Atty. Mike Feuer also issued a statement in the weeks leading up to the Fourth of July urging residents against using fireworks.

On June 30, 2021, the Los Angeles Police Department bomb squad botched the detonation of a cache of illegal fireworks discovered in the backyard of a South L.A. home, injuring 17 people and displacing over 80 residents. Today, 66 people still have not found permanent housing.