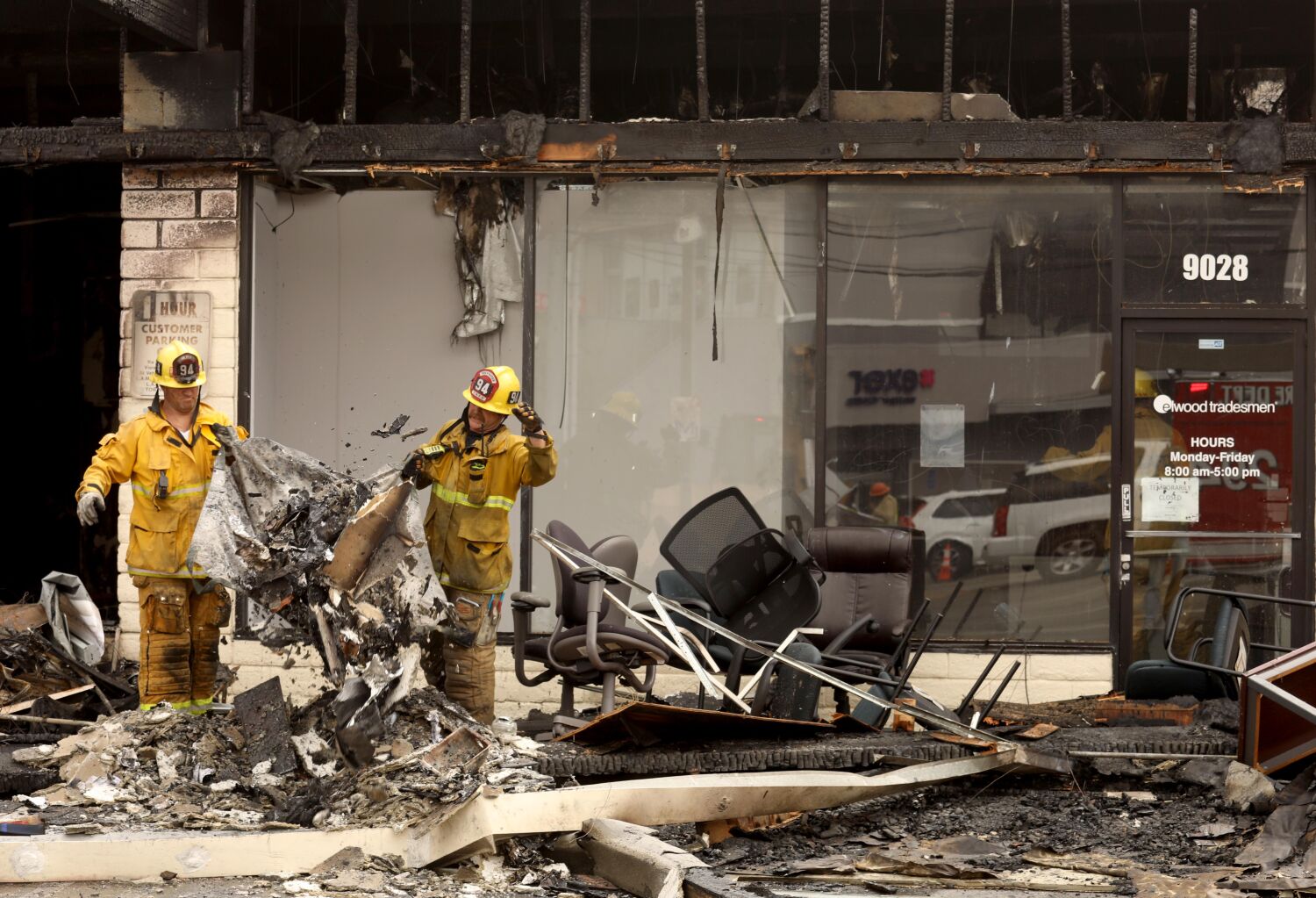 Seventeen cats were killed in a large fire that broke out early Saturday morning at a strip mall in Palms with a boarding hotel for pets, according to the Los Angeles Fire Department.

A firefighter who “took ill during the intense firefight” was taken to the hospital “in fair condition for observation,” the Fire Department said in a news release. No civilian injuries were reported.

More than 120 firefighters responded to a 911 call made by a passerby at 5:44 a.m. who saw smoke at the strip mall located at 9000 W. Venice Blvd. Firefighters took 73 minutes to contain and extinguish the blaze. A business named Cat Place LA is located in the strip mall, located near the border of Culver City.

Nineteen cats were rescued from the scene, said department spokesperson Brian Humphrey, but only two survived.

“Seventeen sadly proved beyond medical help,” Humphrey said. “Two of them were viable and could be resuscitated. They were provided medical support from firefighters until the business owner arrived” and brought the cats in for emergency veterinary care.

Fire Department personnel were still on the scene Saturday morning talking to business owners and looking through the debris to determine why the fire started. Its cause is under “active investigation.”

The hospitalized firefighter is undergoing a medical assessment at the hospital, but remains in fair condition, Humphrey said.

“He became acutely ill, and we are very sensitive to our members in the field of battle so we made sure out of an abundance of caution that he was taken to a hospital for further evaluation,” he said. “It was a fierce firefight.”

The “major emergency structure fire” affected five businesses in the one-story strip mall, according to the release. Firefighters remained on the scene after the fire was contained to talk with cat owners who were looking for their pets, Humphrey said. Some of the owners are out of town.

“It was a very emotional scene this morning, to say the least,” Humphrey added.

“Cat Place LA is a luxury cage-free hotel exclusively for cats,” the business’ website says. “Your beloved cat deserves the best treatment while you are out of town.”

Traffic congestion around the area is expected for an unknown period of time as work continues at the site.

“Travel on Venice Boulevard between Robertson Boulevard and Culver Boulevard will be limited to only one westbound lane this afternoon, as firefighters and investigators continue to work the scene of a major emergency structure fire that was extinguished this morning in the Palms area near the Culver City limits,” a Fire Department traffic alert said.