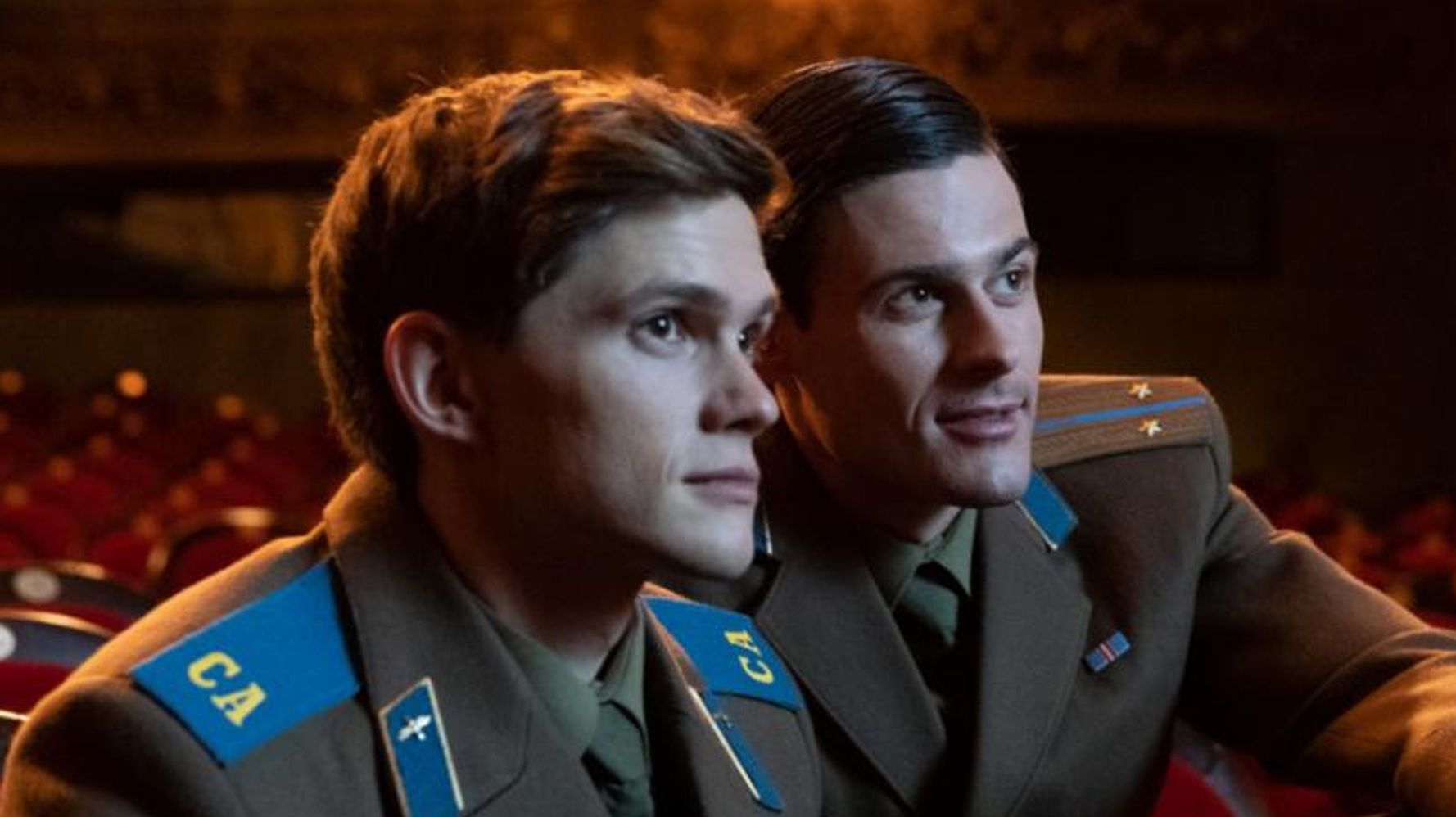 Tom Prior hopes audiences will be encouraged to “dare to love a little harder” after catching his latest performance.

The British actor stars in “Firebird,” Peeter Rebane’s streamy romantic drama which will premiere on streaming video-on-demand platforms Friday. Set in Soviet-occupied Estonia against the backdrop of the Cold War, the movie tells the story of Sergey Serebrennikov (Prior), a young soldier who begins a secret relationship with a fighter pilot, Roman Matvajev (Oleg Zagorodnii).

HuffPost got a sneak peek at the film with the below clip, in which Sergey and Roman bond over their shared passion for photography. Their body language, however, hints at a deeper connection.

Catch a scene from “Firebird” below.

“Firebird” received a limited cinematic release in April, and is based on Sergey Fetisov’s 1996 memoir, “A Tale About Roman.”

Prior, whose credits include “Kingsman: The Secret Service” and “The Theory of Everything,” co-wrote the movie’s script with Rebane. Before shooting commenced, he and the director met with Fetisov, who made them pledge to emphasize love over politics when translating his words to the screen.

“We really wanted to show love between two people as our utmost priority,” Prior told HuffPost. “Not a type of love that is exclusive between two men specifically, but … universal love.”

“Firebird” also marks Rebane’s feature directorial debut. Though he first read “A Tale About Roman” over a decade ago, he believes “Firebird” feels particularly relevant in 2022 given both Russia’s military invasion of Ukraine (Zagorodnii is Ukrainian) and well-documented crackdown on LGBTQ rights.

“Tragically, Sergey’s story is still so relevant today in Russia,” he said. “I trust that telling Sergey’s true story [will help] people to understand others who are different from them, to realize that love is love, or as Sergey says: ‘My love was no less than your love.’”

In the weeks since its debut, “Firebird” has received mixed reviews. The Guardian compared Prior and Zagorodnii’s romantic chemistry to that of Jake Gyllenhaal and Heath Ledger in “Brokeback Mountain,” but said the decision to have the characters speak English instead of Russian made the film “feel old-fashioned and clunky.”

Noting that the movie “firmly supplants ‘Top Gun’ as the queerest film ever set in the air force,” Variety argued that its script “crushes so hard on its admittedly rapturous boy-meets-boy romance that it barely sketches out a bigger picture.”

For his part, Prior points to the response he said he’s received from early viewers as evidence of the indelible impact of the movie’s central love story.

“I’ve received some incredible messages from people in intolerant counties or upbringings where their sexuality is persecuted, but they managed to watch the film,” he said. “They’ve shared that watching our film was like receiving a big hug, or being told: ‘It’s OK to be me, as I am.’ That, for me, is an incredible feeling.”