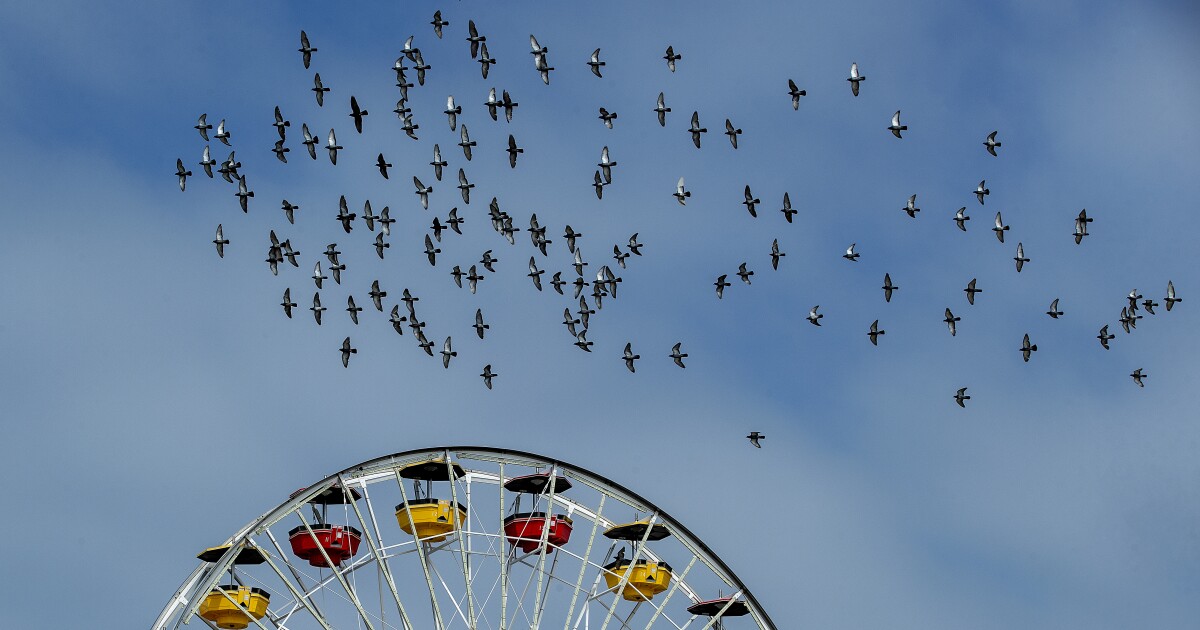 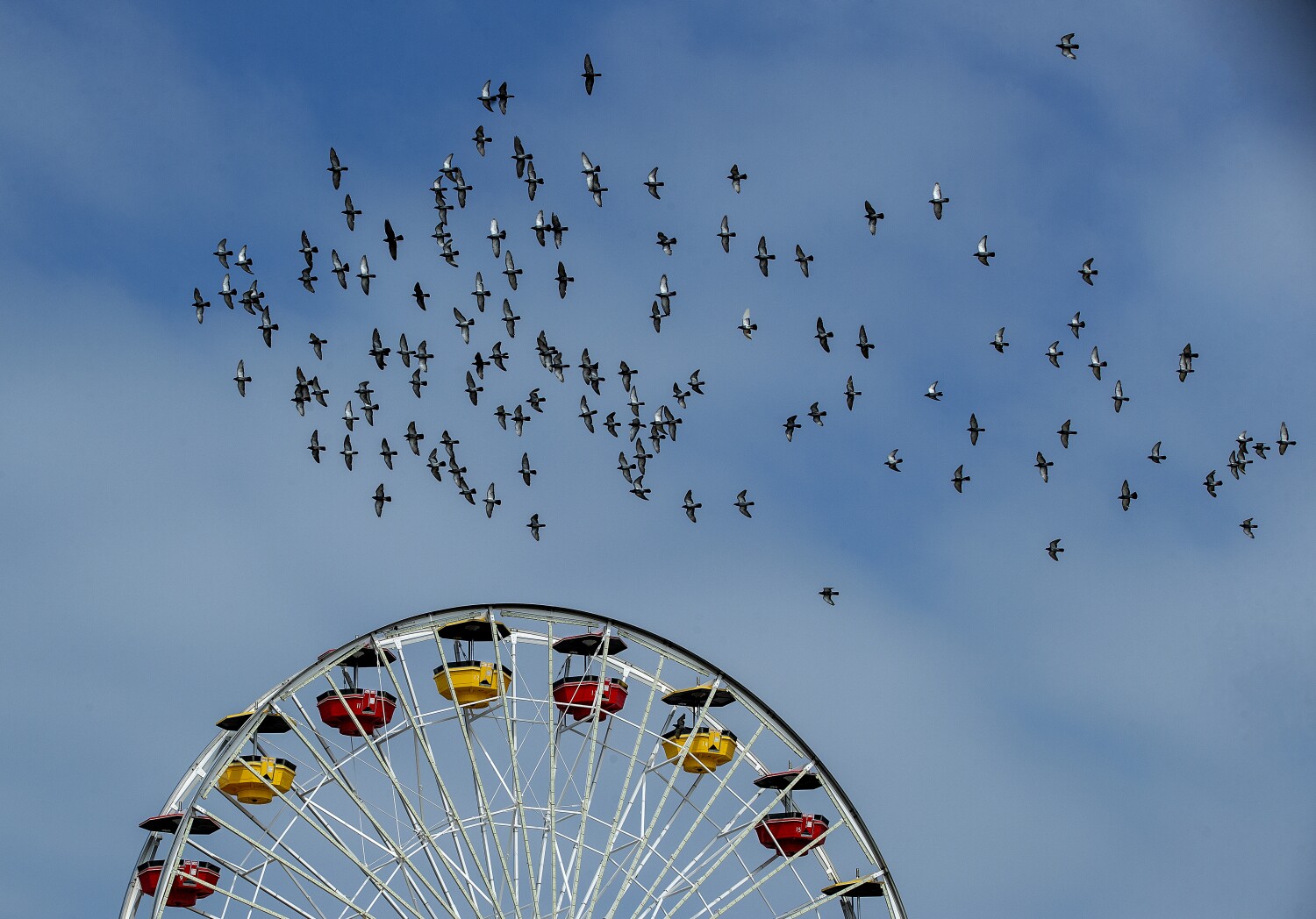 Strong winds in Southern California will meet with hot, dry conditions that could spell the potential for wildfire through week’s end, forecasters said.

The National Weather Service has issued a wind advisory through 8 p.m. Tuesday in portions of Los Angeles and Ventura counties, including gusts of up to 50 mph in Lockwood Valley, Mt. Pinos, Acton, Mt. Wilson and along the I-5 corridor.

Late afternoon and evening winds known as sundowners are also on tap near the Santa Ynez Mountains in Santa Barbara County over the next several days, according to David Sweet, a meteorologist with the weather service in Oxnard.

“It’ll be pretty darn windy in Santa Barbara County,” Sweet said, adding that the gusts will “probably be a week-long affair.”

Last year, sundowners helped fuel the 17,000-acre Alisal fire near Goleta as they raced down the slopes of the mountains toward the sea. On Sunday evening, sundowners again powered a small blaze near Cathedral Oaks and Highway 154.

Crews were able to stop progress on that fire, dubbed the Bridge fire, at about 10 acres around 8 p.m., according to the Santa Barbara County Fire Department.

But officials said it could be a preview of what’s to come as the week’s winds meet with rising temperatures and low humidity levels, elevating the risk of fire weather across the region.

“Any fire start will likely grow rapidly!,” the weather service said on Twitter. “Use caution and be fire safe!”

The San Gabriel and San Fernando valleys will be among the warmest areas in L.A. County, according to Sweet, with temperatures in some areas “anywhere from 10 to 15 degrees above normal” for the time of year.

Burbank is expected to reach 92 degrees on Wednesday and 95 by Friday, while downtown Los Angeles will simmer in the mid-to-high 80s, Sweet said. Humidity levels are expected to drop to the single digits or teens.

“Away from the coast, it’ll be toasty,” Sweet said.

Temperatures will be even hotter in the Inland Empire and lower and high deserts, with San Bernardino and Victorville expected to near 100 degrees Friday and Saturday, while Palm Springs could skyrocket to 113.

The conditions have already spelled trouble near Thermal, where a blaze known as the 62 fire chewed through heavy dried vegetation on Sunday, according to the Cal Fire-Riverside County Fire Department. By Monday morning, the fire was about 25% contained at 84 acres.

It is one of hundreds of blazes that have burned thousands of acres across the state so far this year, according to the California Department of Forestry and Fire Protection, which has warned that fire season is expanding in the state.

In May, the devastating Coastal fire in Orange County burned 20 homes and damaged nearly a dozen others, whipped by winds and fueled by drought-dried vegetation.

Sweet said the heat should start to break by the end of the weekend, when low clouds and fog will return to the L.A. area.

The San Gabriel Valley will see highs in the lower to mid-80s by Sunday, he said.