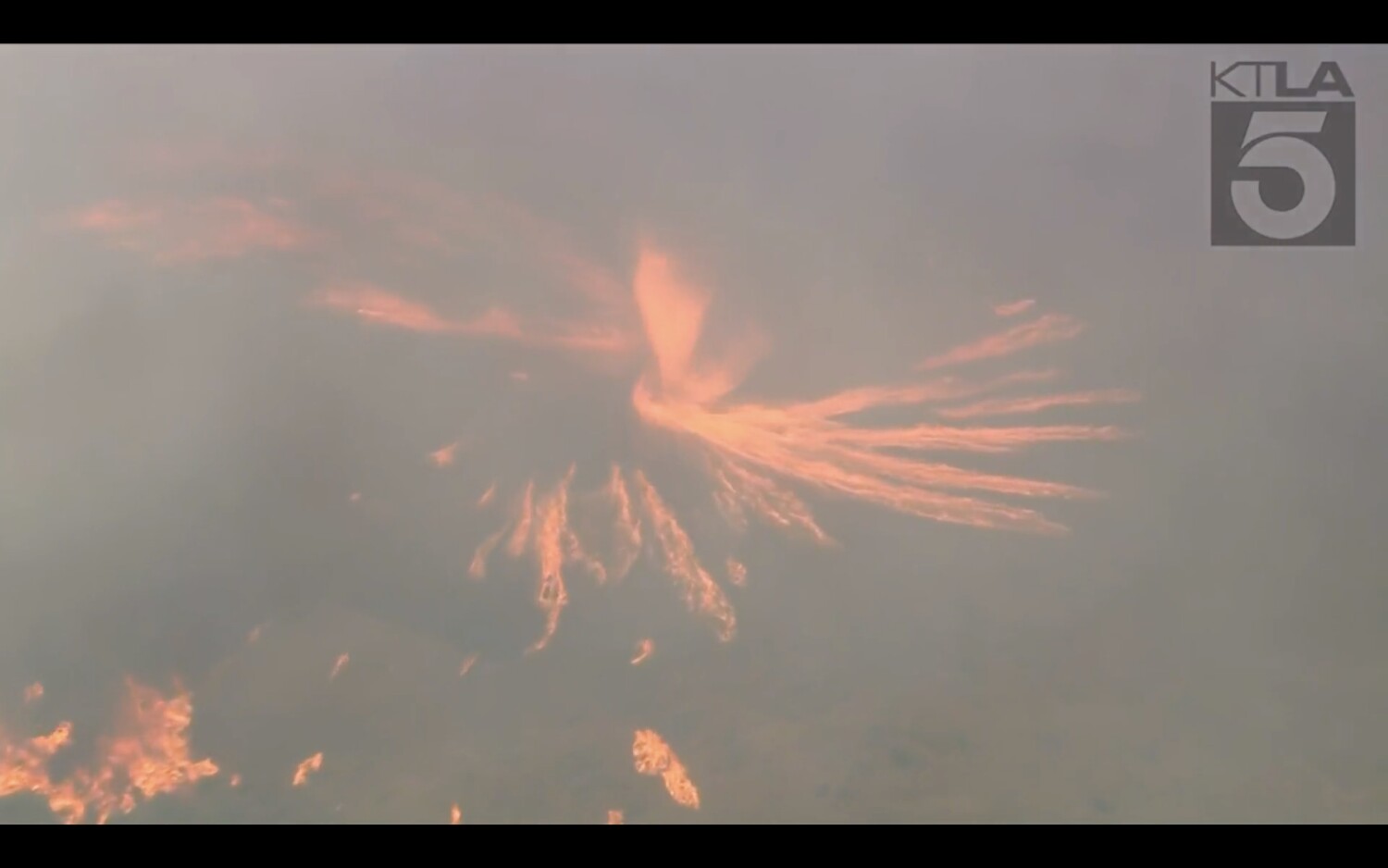 The video, from KTLA-TV Channel 5, shows a swirling vortex of flames and a rising column of smoke. A firefighting helicopter is seen making a water drop on the inferno.

Firefighters were dispatched around 4:07 p.m. to the Sam fire near West Lancaster and Old Ridge Route roads, according to the Los Angeles County Fire Department.

At the time, the blaze was estimated to be 4 acres, firefighters said.

Authorities soon upgraded the incident to a second-alarm brush fire.

The fire whirl, sometimes called a fire tornado, and short-range spotting were the result of “dry, receptive fuels and erratic winds from intense surface heating,” the Fire Department’s Air Operations Section said in a tweet.

A fire whirl is generated when hot air surges upward and begins to spin. As it spirals, it can collect ash, smoke and embers and form a tight, spinning vortex.

More than 200 personnel were assigned to the fire, and crews were “making good progress,” according to a 5:16 p.m. tweet by the Fire Department.

The fire was being held at 150 acres, according to an update from the Fire Department shortly after 7 p.m. No structures were threatened, the L.A. County Sheriff’s Department’s Santa Clarita Valley station tweeted.

Further updates were not immediately available from authorities.