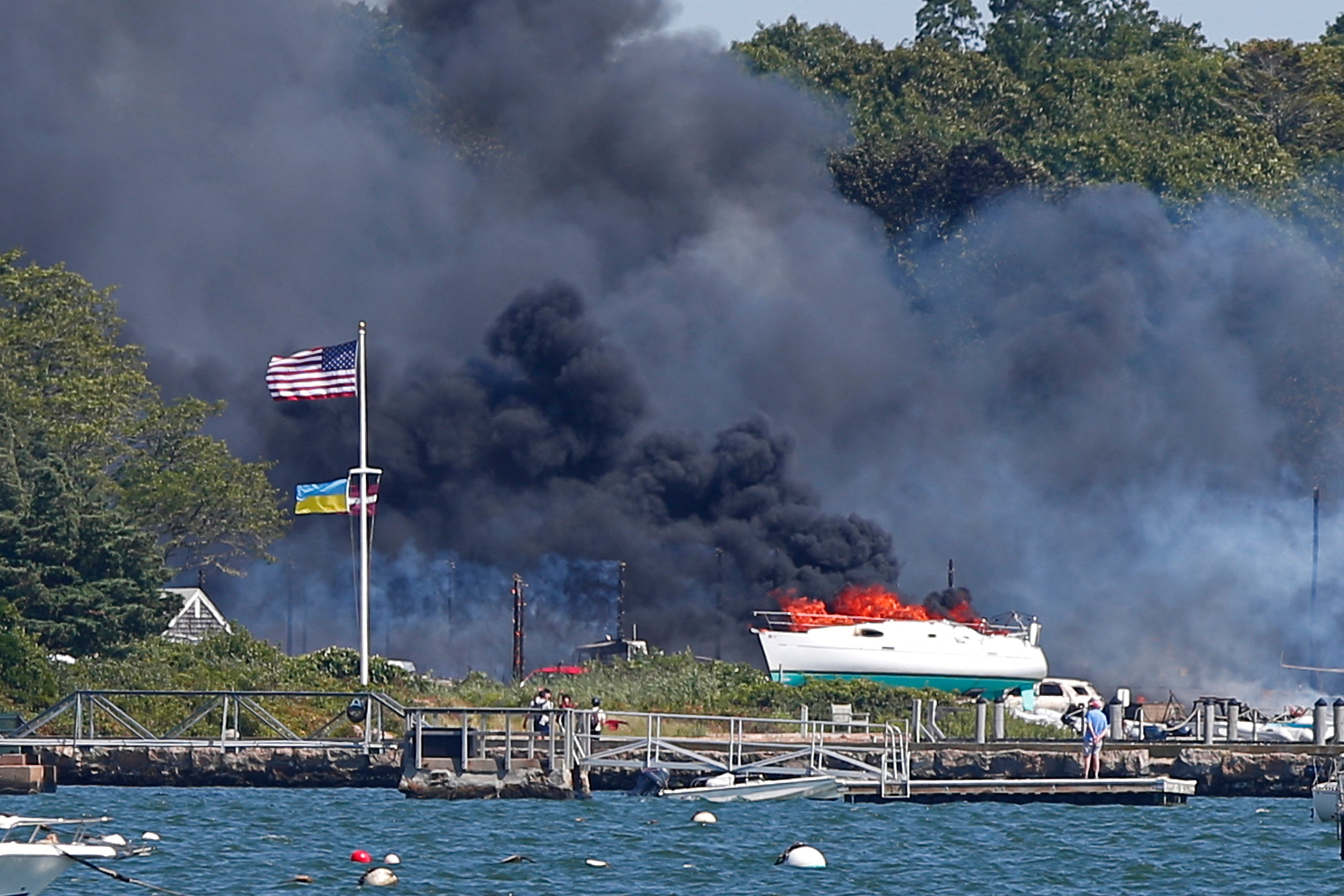 A large fire in a Massachusetts boat yard destroyed several boats, buildings and vehicles Friday, creating enough smoke that it was picked up by weather radar.

In footage taken by a local new outlet the boatyard was engulfed in flames and black smoke.

The extent of the damage is unclear. But on the Mattapoisett Boatyard’s website it says the boatyard caters primarily to recreational boaters, and has the capacity to store up to 150 vessels.

“A boat caught fire in one of the sheds, and it went up very, very fast,” Tim Price, a mechanic at the boatyard, told WJAR-TV. “Everything went up. I think we lost everything.”

As of Friday Price said he knew of one person who was injured.

The Mattapoisett fire department has not yet released information relating to the fire.

The cause of the massive fire is still under investigation and Fox News Digital could not immediately reach the police department for comment.

The dense black smoke could reportedly be seen for miles.

The National Weather Service on Friday issued a warning of elevated fire risk due to the hot dry conditions.

The Weather Service in Boston said it had identified “what is most likely a smoke plume” following the fire.

Caitlin McFall is a Fox News Digital reporter. You can reach her at [email protected] or @ctlnmcfall on Twitter.